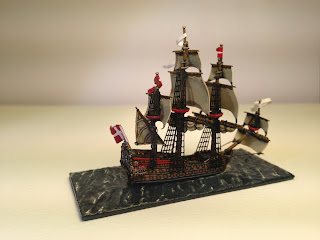 Wargaming the Scanian War is rich in history and opportunities. In addition to a series interesting field battles, the Scanian War also saw some of the biggest naval clashes in Scandinavian history, with the very visually appealing and glamorous ships of the baroque period. 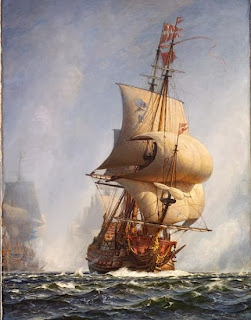 The Scanian War also spawned Denmark’s biggest naval hero – Niels Juel.
So - naturally my Scanian War naval collection would have to start with in his flagship, the Christianus Quintus. After a good cup of coffee and a few hrs spend online, I decided to go with Langton Miniatures anglo-dutch range of ships in 1/1200 scale.  Their products really lived up to the reputation. The sculpting is crisp and very impressive. 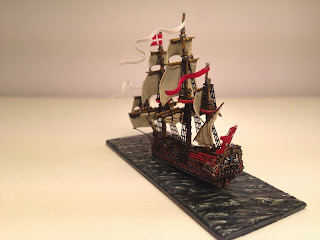 The Battle of Køge Bay: On July 1st 1677, a Danish fleet of 34 ships under Admiral Niels Juel attacked a larger Swedish naval force of 47 ships on the prowl to defeat the Danes, before their Dutch allies lead by Admiral Tromp could arrive and swing the odd the other way.

Using his refined seamanship and adapting to modern Dutch naval tactics, Juel cut through the middle of the Swedish battle line, isolating and decimating the enemy force in piece meal actions. 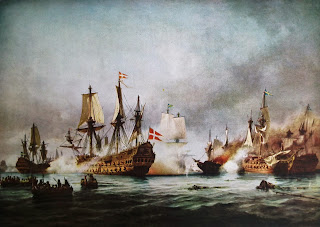 The Battle of Køge Bay, by Anton Melbye

Admiral Juel had to change flagship three times during the battle, as the fighting intensified and crippled the ships riggings.

Generally considered the largest naval victory in Danish history, the Battle of Køge Bay resulted in Swedish losses of 8 ships and 3.000 dead compared to the Danish losses of but a few hundred dead and wounded. 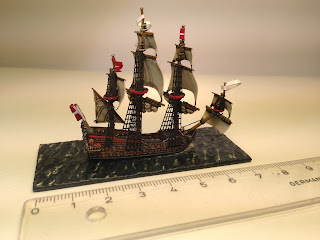 The victory was of great strategic importance, isolating Sweden from her German possessions, and securing a supply line that would help maintain the Danish military operations on Swedish soil across the waters of Öresund, thus prolonging a war that in July 1677 was looking increasingly harder to win for Christian V.