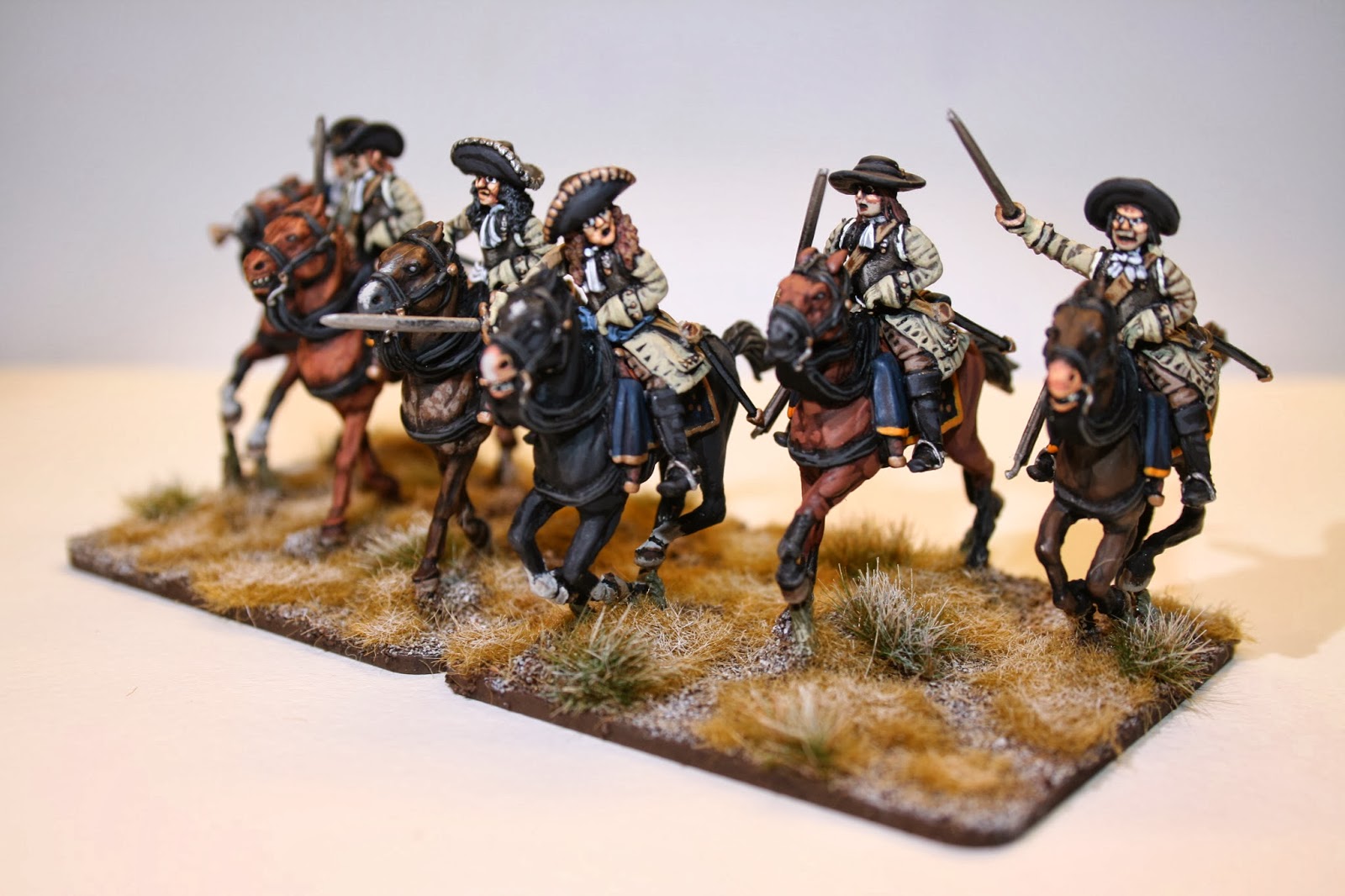 Bielke leads his Cavalry Guard forward across the frozen ground

Hereby the first unit of my Scanian War battles project. This being the main project for 2014, I’m aiming at fielding both the Danish and Swedish army of the battle of Lund 1676. A total of 20 units will be painted up, using the excellent sources for Swedish uniforms and regiments of Lars-Eric Höglund (Acedia Press) and a compendium on Danish uniforms of the Scanian War, made - among others - by the talented illustrator Søren Henriksen.
(More on the source material later)

For the entire project I’ll be using the excellent Warfare Miniatures and flags.

Now, the first unit in the collection had to be one of significance.
So I choose the one which, in hind sight, has been pointed out as mayor shareholder in the Swedish victory. The Royal Cavalry Guard, led by the charismatic young Swedish nobleman, Nils Bielke. Officially formed  in 1667 by raising the Uppland Cavalry Regiment to part of the Cavalry Guard, this regiment played a crucial role in the Swedish victory at Lund 1676. 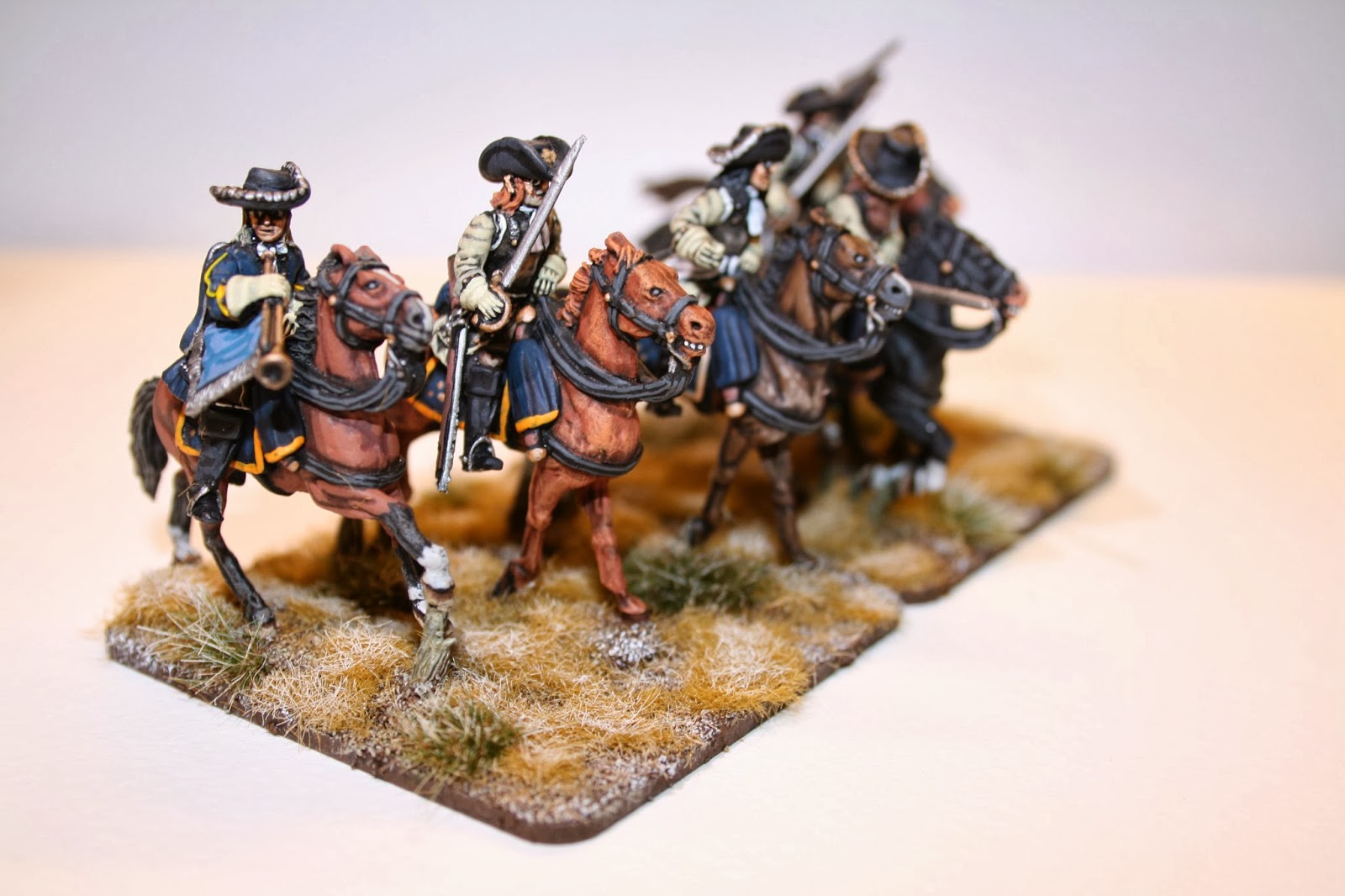 They are painted as they would have looked like at Lund 1676, an early frosty December morning. The unit is wearing collets under their breastplates offering protection for both shots and sabre cuts. As uniforms were very similar between the Danish and Swedish army, an interesting detail is the yellow tuft of hay worn in the hat band by the Swedes, as their field sign. The Danes wore a white armband, or white card in the hat.

Together with the Drabant Guard (The kings body guard), the Royal Cavalry Guard formed the punch of the Swedish right wing at Lund. A right wing consisting only of cavalry.
The right wing was under personal command of the Swedish king Charles XI, eager to finally get at the Danes, and prove his army’s ability. As an interesting detail, the opposing Danish left wing was also led in person by the Danish king, Christian V. It was in other words a duel-like encounter. 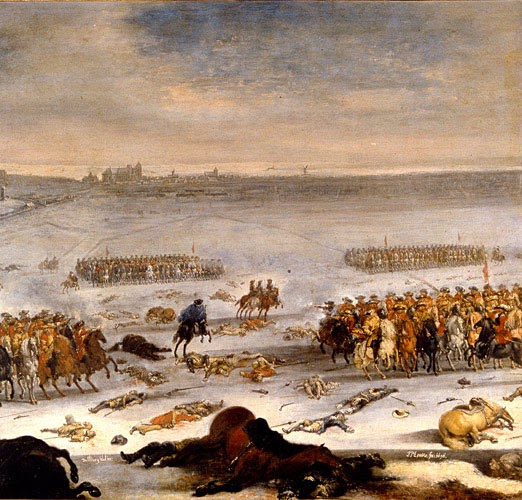 A short account of the battle: The flank containing the two kings had initially been pushed away from the main battle, as the Swedish king led fierce cavalry charges “a la francaise” (Pressing a direct charge in massed formation with swords drawn, as opposing to the more conservative Caracole model of shooting, and falling back) again and again. The Danish right broke into flight king and all, with the eager Swedish king and his house hold cavalry on their heel.
In the centre and opposing flank, things were edging towards a Danish Victory. Both kings and their units had at this time been away from the battle for some hours – continuing their personal battle. At the very moment the Danes had formed up to deal out the final blow to the wavering Swedish line, King Charles XI appeared out of the blue on the Danish flank.
A frenetic charge was initiated, it was all or nothing.

Charles XI was only 21 at Lund.
A charismatic troop leader not afraid to lead from the front line,
his life guard had their job cut out for them

At the head of the charge was the Royal Cavalry Guard lead by Nils Bielke.
In hind sight it was said to Bielke's credit, that “The fate of the Swedish kingdom was hanging on the tip of Bielke’s sword at the battle of Lund” 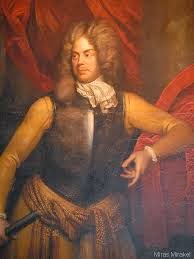 Caught in a pincer, the Danes didn’t know what way to face.  King Charles XI and his Guard Cavalry broke the enemy lines by diversion at a crucial time, and this completely broke the Danish centre. What was suppose to be the final attack, turned into slaughter. Of the 25.000 men participating in the battle, a total of 50% losses were recorded. The highest in any Scandinavian battle in history.

Up next will be the Danish Horse Guards.