Size Comparison.
EoE vs. some of the market leaders.

Dear readers, as a last note of the week before we hit the much welcome weekend, I thought I’d post a Size Comparison of the coming Eagles of Empire range next to some of the other quality ranges on the market.

As I’ve mention before, the target was to create a modern range (so 28mm+), which could still be used with many of the other existing brands, like 1866 from Helion and Northstar.

I’m a long time Franco-Prussian collector myself, and when I started some 15 years ago, I was only aware of the Foundry range. Thus, I have a lot of metal from this famous producer. The range is still the most extensive on the market, and much credit will have to go to it for the width of coverage it offers. Many, like me will have existing collections from other brands. I think most of us collection Franco-Prussian in 28 will have Foundry and 1866.

My personal opinion is that the Eagles of Empire miniatures fit very well with 1866 from Helion and Northstar, and could in the case of Prussians easily be mixed together in the same multi-based units. 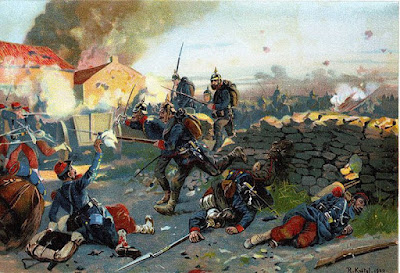 The Prussian Guards storm St. Private
at the battle of the same name.

For Foundry, I’d say they could go on the same gaming table, but I’d probably based them in different units as the 2-3mm gap does make itself told. On the other side, I have many good wargaming buddies, who like this height difference in their units. As they quite rightly say, real humans are not all the same height, and mixing up the minis will simply add to the realism of the finished unit.

Anyways, I think we pulled it off quite well. What is your opinion?
Posted by Black Powder at 07:06 20 comments: 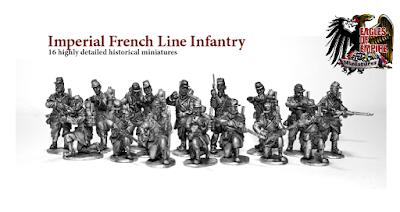 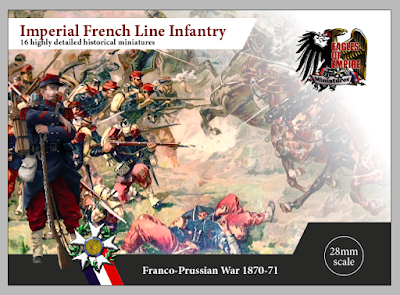 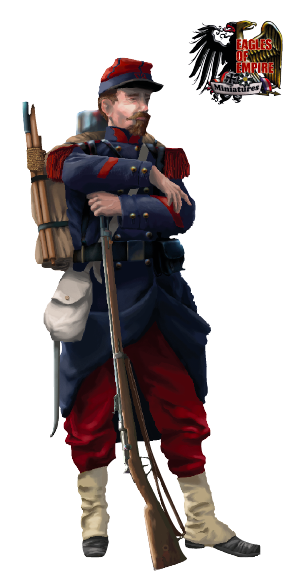 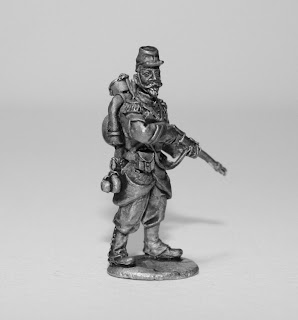 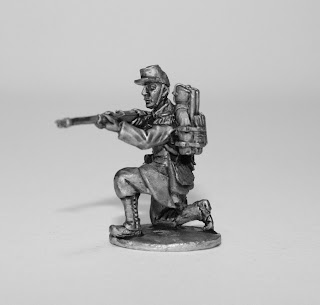 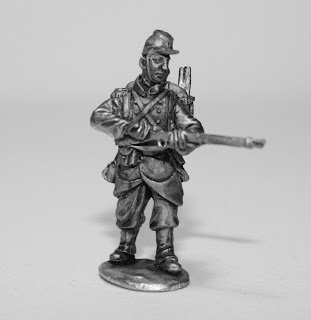 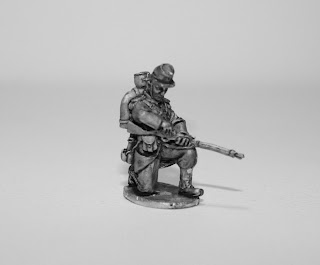 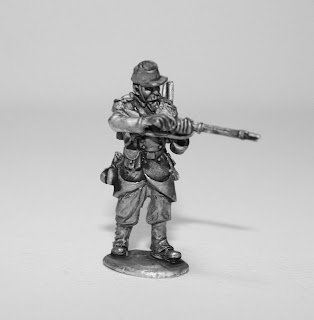 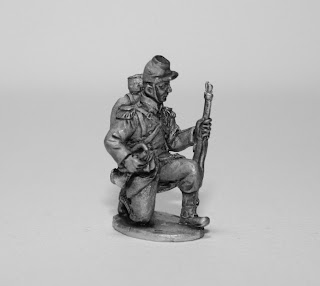 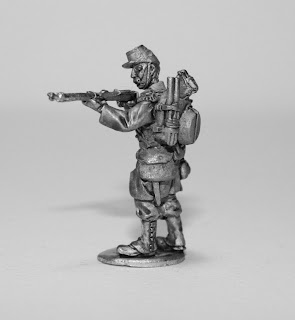 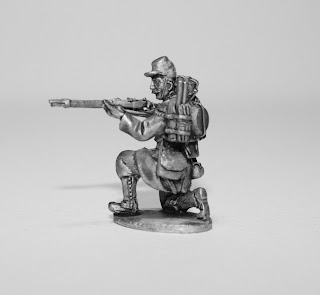 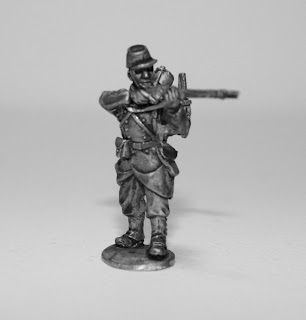 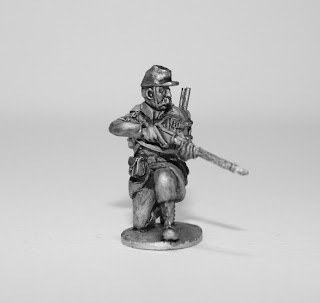 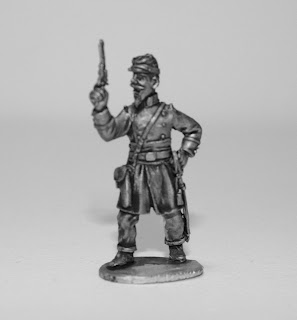 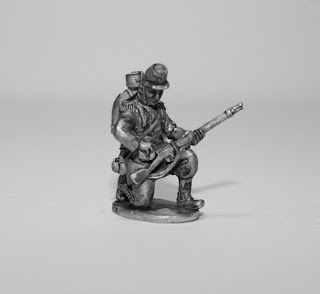 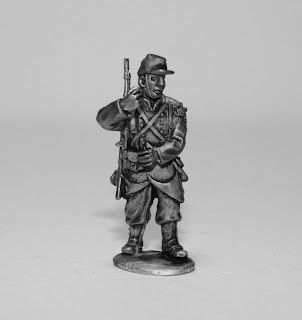 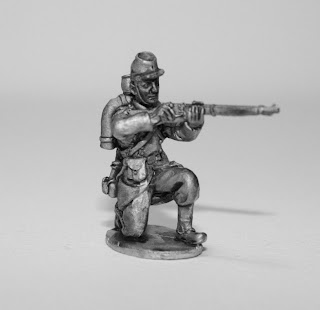 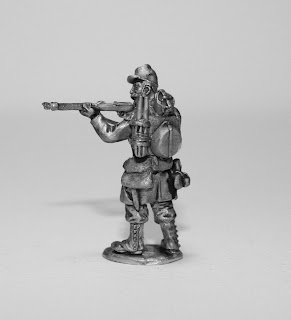 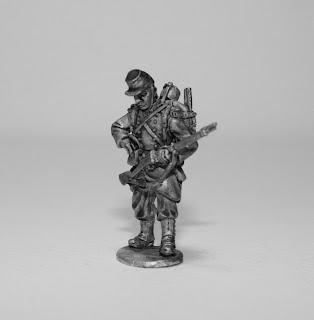 Thank you very much for stopping by the blog.
Next up a size comparison of the Eagles of Empire range with other ranges!
Posted by Black Powder at 09:56 28 comments: 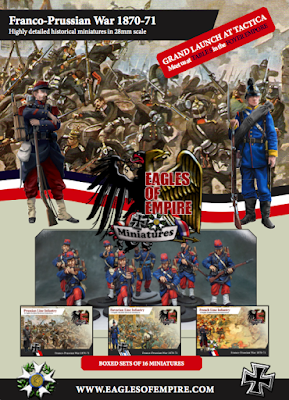 Our ad in the Hamburger Tactica Show Magazine.

Dear readers, it’s finally time to reveal the venue and date for the launch of the Eagles of Empire Franco-Prussian Range. After considering the different options, and the timing of our first production, the decision fell on the Hamburger Tactica show.

This year’s Hamburger Tactica will be held on over the weekend of 27th-28th of February. Eagles of Empire will have our own trade booth at TABLE 5 in the FOYER EMPORE.

If you’re at Tactica, come by for a closer look at the newly released minis, we’d love to meet you and talk hobby/history. We’re going to be a few guys there on the trade booth, both English as well as German-speaking.

More of Nick's lovely work on the French Line Infantry.

Naturally we’ll have some great Tactica deals for the launch day event - more on those later. However, many of you have been asking for pricing. So, here’s a little update on prices/shipping.

The webshop orders are picked, packed and handled from the UK, which give us all some of Europe’s lowest postal charges on our orders. A standard box of two squads, incl. bugler/drummer, ensign and officer (a total of 16 minis) will have a RRP of 21 GBP, or ca. 1,31 GBP per miniature. 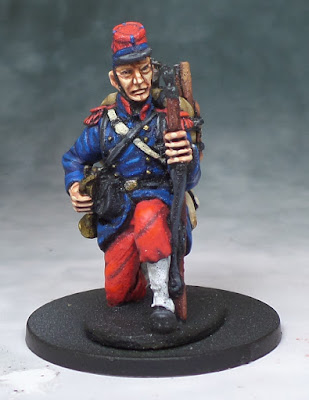 Besides the minis, each squad box will contain two beautifully printed unit cards along with a generic officer card for use with the coming Eagles of Empire Rules.

More updates will come soon regarding the Wave 1 packages offered at the launch.

Thanks for stopping by for a read!
Posted by Black Powder at 10:47 15 comments: 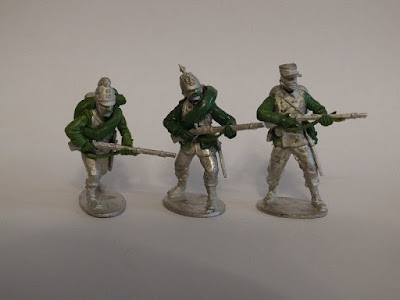 Dear blog followers and fellow Franco-Prussian enthusiasts. I return with more pictures fresh from the sculpting table. Also. this time we focus on the coming Bavarian Infantry box. 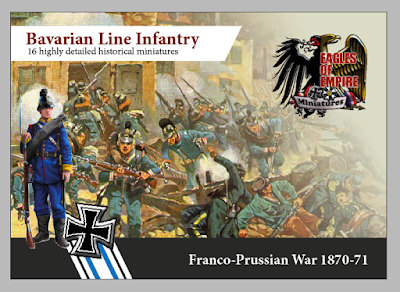 Each box of Bavarians will include 16 miniatures.
1 officer
1 drummer
1 ensign
13 troopers

The box will also contain a beautifully printed 4-color unit card with the specific unit’s stats. The unit card is a gaming tool, and fits with the coming Eagles of Empire rulebook, which we will preview later on this blog. 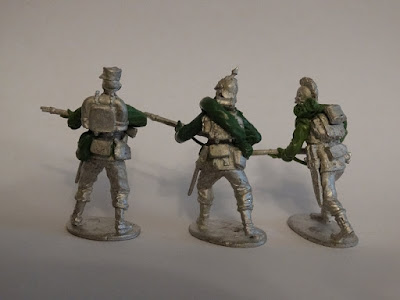 Another view of the new Greens.
Ebob did a cracking job on the details.

The basic unit in the Eagles of Empire rules is a squad of infantry squad. Each squad will be made up by 16 minis, which is what you get in one package. So, the design of the rules will be modularly aligned with how you’re able to build your force.

The packaging has been designed by yours truly, with illustrations supplied by skilled French graphic artist, Manu. Manu collaborated closely with a Strasbourg-based reenactment group for his work on the uniform plates. Please enjoy. 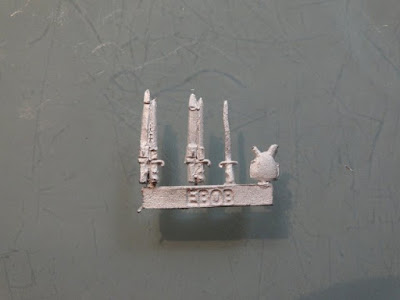 Bayonets will be available in each pack, giving each collector maximum
options for diversity and animation of the collection.

Next week I will publish our exact release venue and date, which will be in late February. The Eagles of Empire Webshop will go LIVE at the same time as the launch venue, so overseas clients will also be able to get their hands on some of the first packs.

Much more to come here in the blog in the next few week. Be safe out there and stay tuned for further updates.

Warm regards from a snowy Scandinavia,
Sören
Posted by Black Powder at 09:48 22 comments: