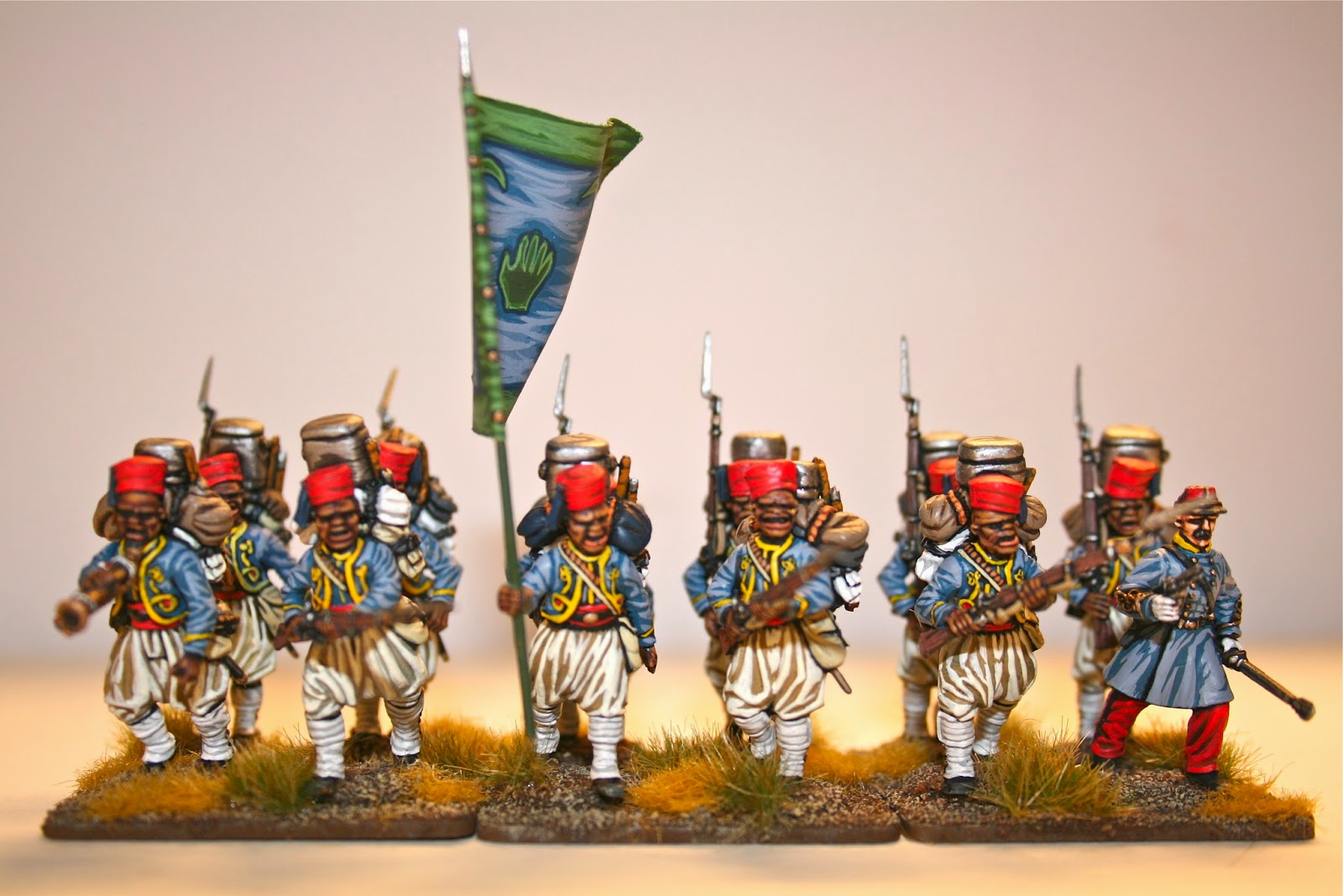 My recent visit in France also afforded me a much welcome opportunity to drop by Paris and pay a visit to my friend Franck, the owner of Forgotten & Glorious Miniz.
Franck has a really lovely WW1 French range, from which I’m using the Turco heads for my Franco-Prussian War Tirailleurs Algériennes conversions.

Armed with the much needed extra Turco heads and some words of encouragement from Franck, I returned back to Scandinavia to finish what has been started. 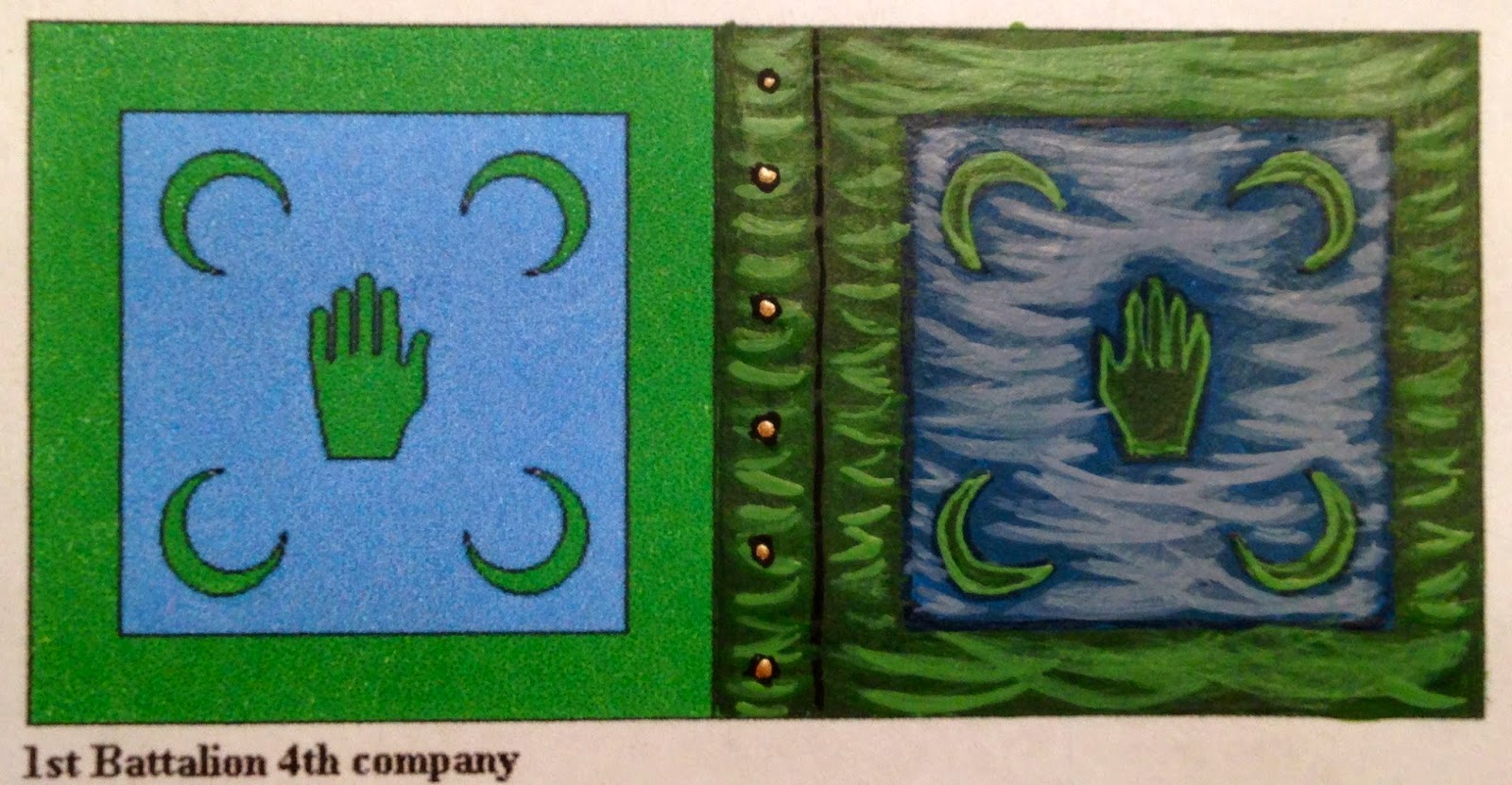 Adding some extra brush strokes to the Warflag print

www.warflag.com offers a comprehensive downloadable list of flags from MacMahon’s army of the Rhine. Here I found the battalion and regimental flags for the Tirailleurs.

The downloaded file came out nice enough when printed, but I added a few brush strokes of highlight in an attempt to breathe extra life and color into the flag. 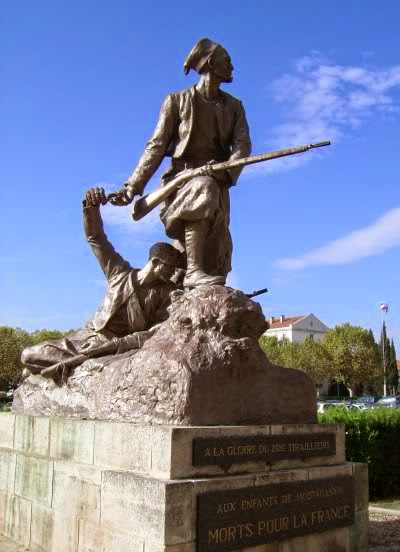 Before the batttle of Woerth, Colonel Suzzoni of the 2nd Tirailleurs had asked his men to not give ground and, if need be, die where they stood. The 2nd would obey their Colonel, as they defiantly absorbed losses exceeding 80% - including Suzzoni himself. It is said that the 2nd counter-attacked the Bavarians no less than three times during the battle of Woerth. 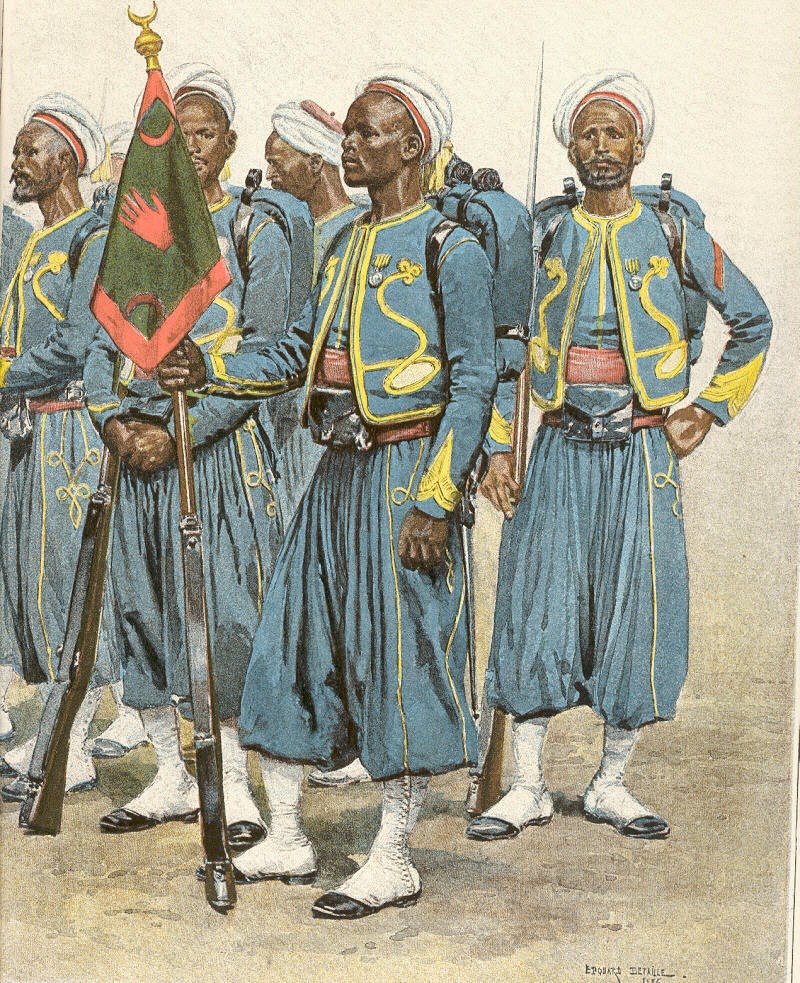 Tirailleurs wearing the standard blue trousers.
The white version seems to be for summer campaigns.
The turban was not used in the field.

Fascinated as I’ve become of these elite French colonial units, a second battalion and also a command-based figure of Suzzoni is now part of future plans. The second battalion will probably be Colonel Gandil’s 3rd Tirailleurs – might sport them in the regular blue trousers for variation. 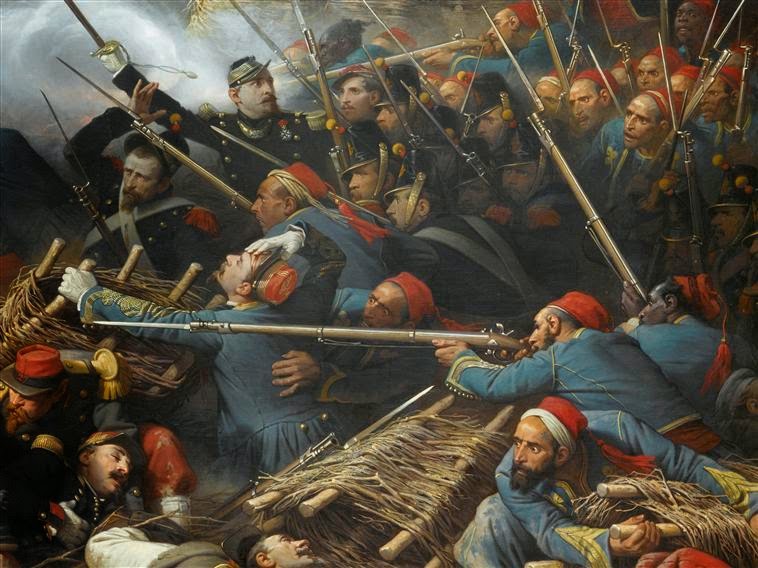 The tirailleur units took part in all of the Second French Empire’s campaigns, such as the Crimean War, Franco-Austrian War, Mexican adventure and the war of 1870.
The most elite of these men were drafted into a special unit, attached to the Imperial Guard. 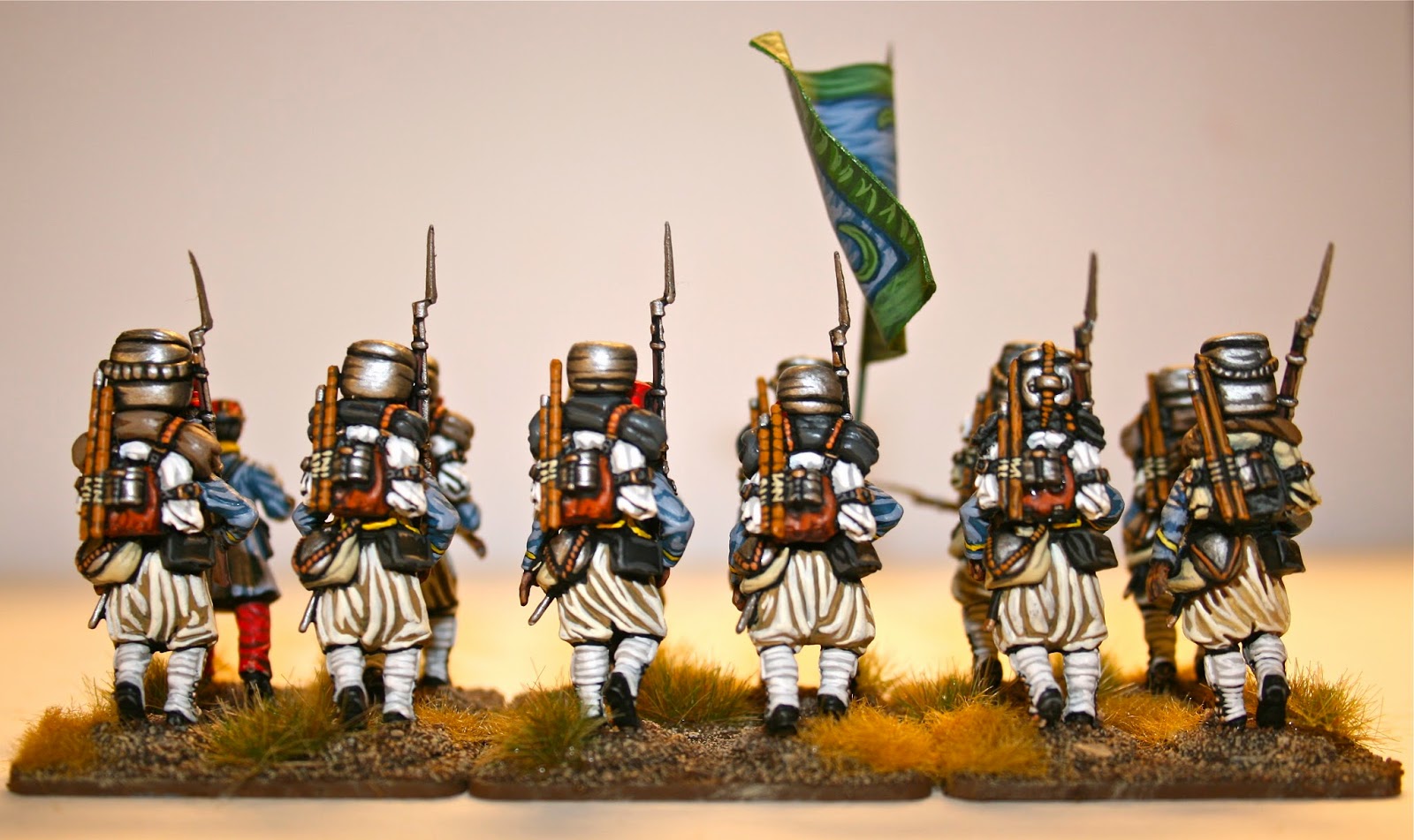 In other words, the tirailleurs were war seasoned men, who’s eyes had seen what war meant in the 19th century. Here are a few original photos, showing among others men from the 2nd Tirailleurs. There is certainly no "green recruit" look about their faces. The Germans understandably feared them. 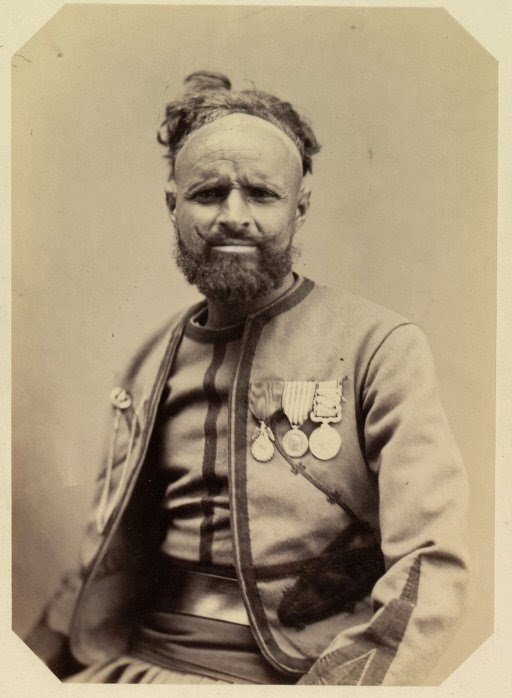 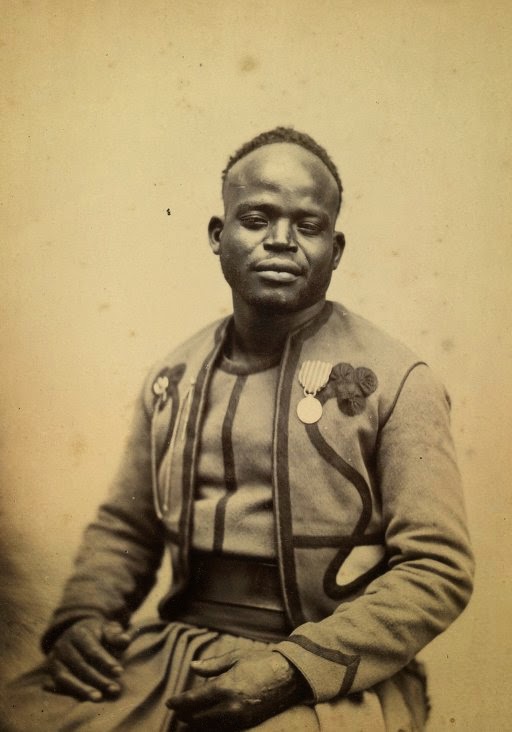 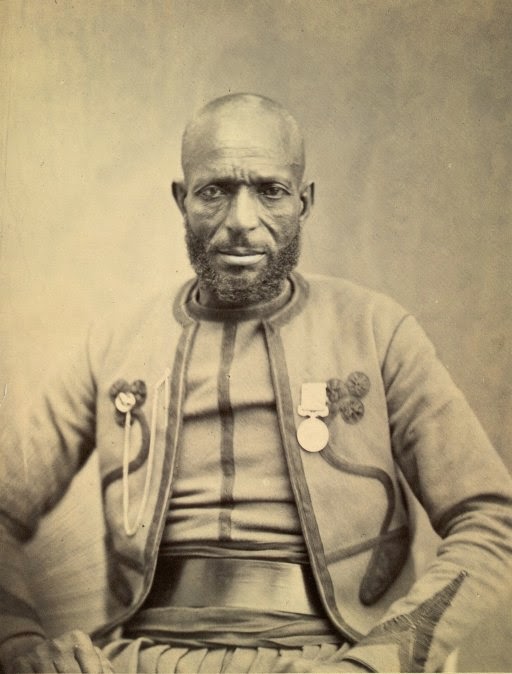 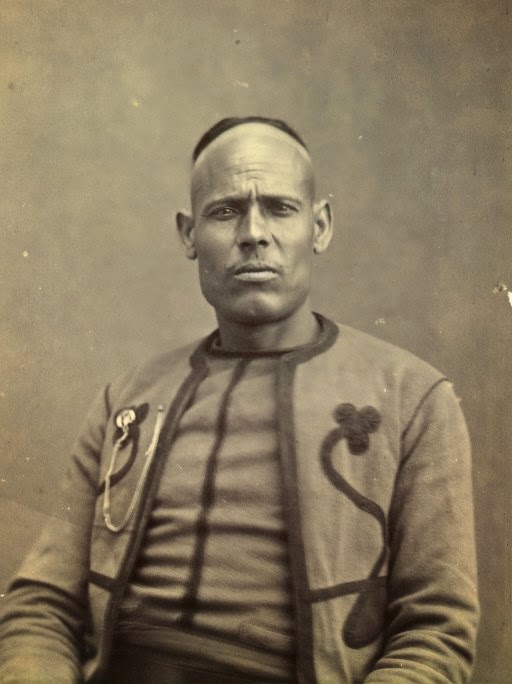 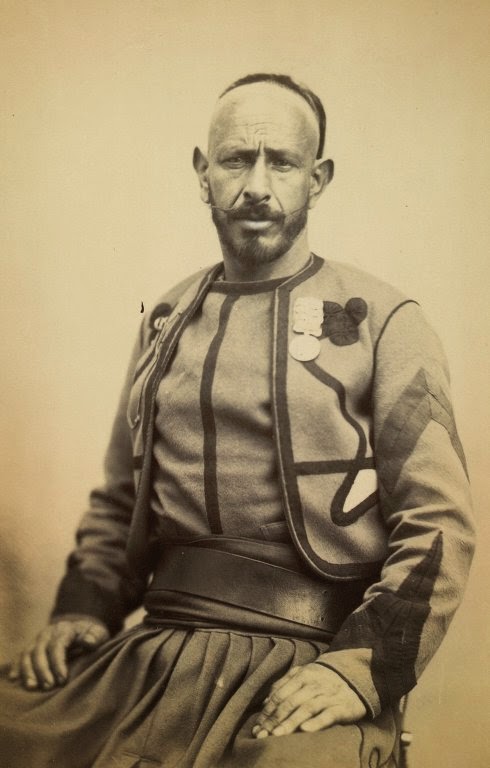 For those of you interested in the tirailleurs I recommend this thread from the Armchairgeneral forum. Loads of history, also covering the tirailleur's participation in WW1.

Thank you very much for reading.
Posted by Black Powder at 01:04