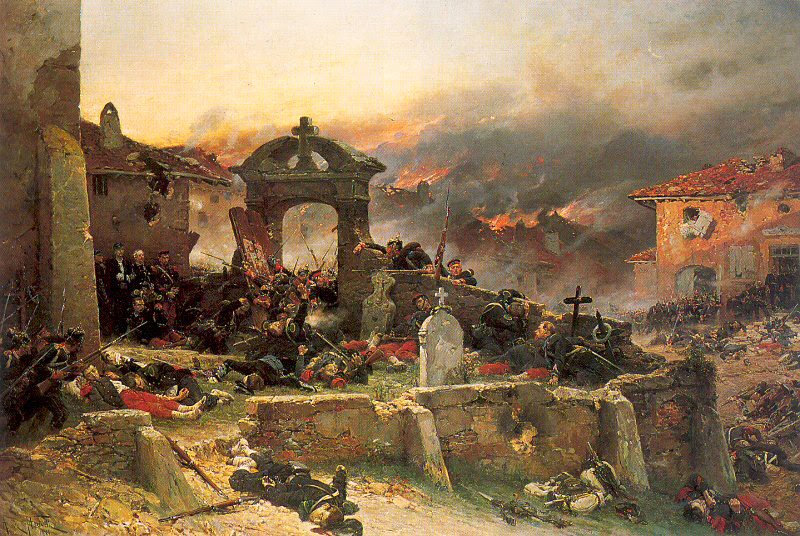 The last stand in St Privat.
Painting by Neuville.

As the Franco-Prussian War is probably my main period of interest, and further inspired by the opening of the new museum of the battle at Gravelotte St Privat this April,
I decided that enough was enough, I had to go see this historic place with my own eyes. 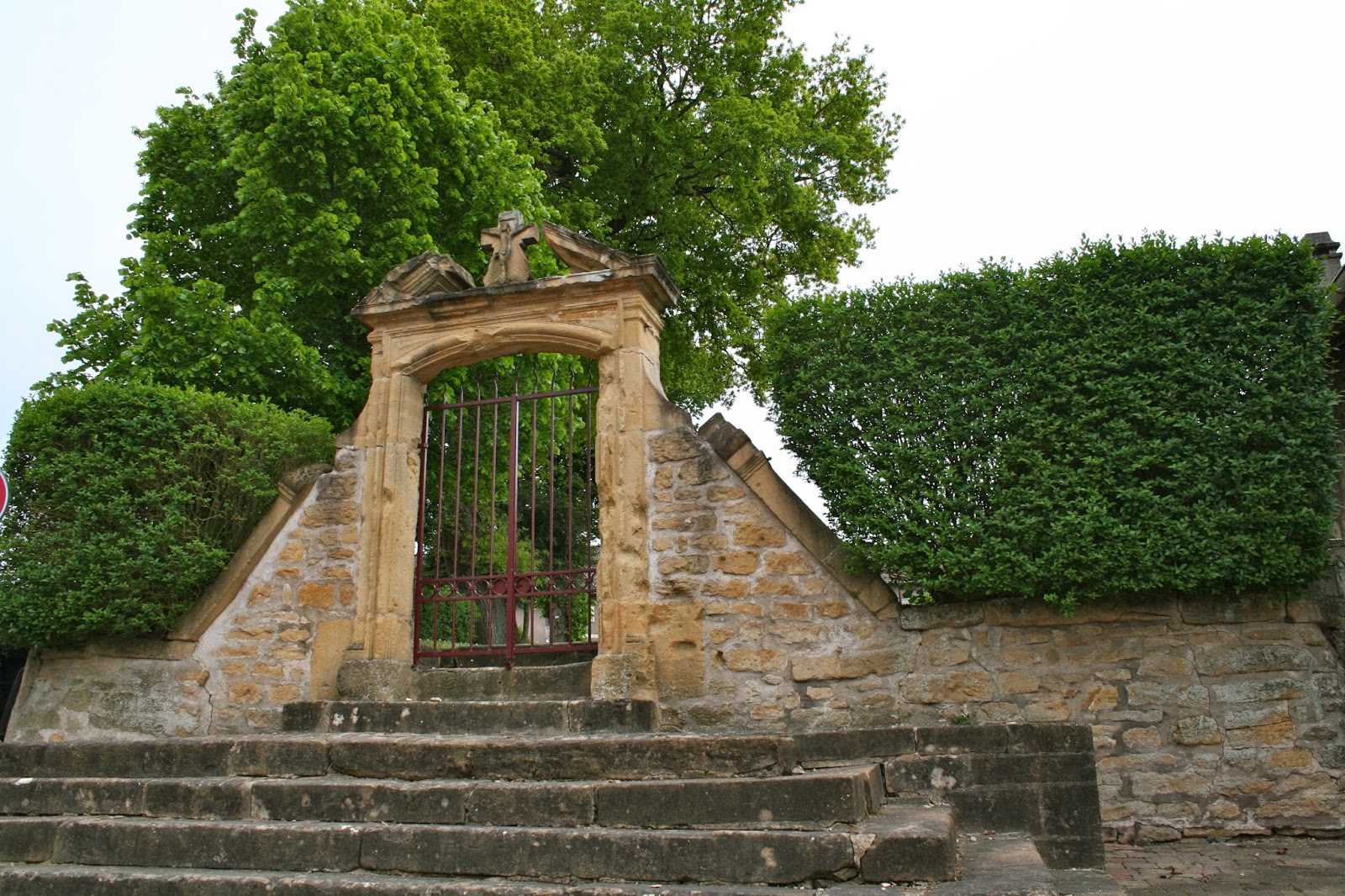 I flew to Charles De Gaulle, got into my rental car and set off on the 3 hrs drive to Lorraine.
I was fortunate enough to get a SUV, which would prove very useful later on, as there would be some serious field crossing using muddy tractor trails that would have done in any pretty little Peugeot 206. 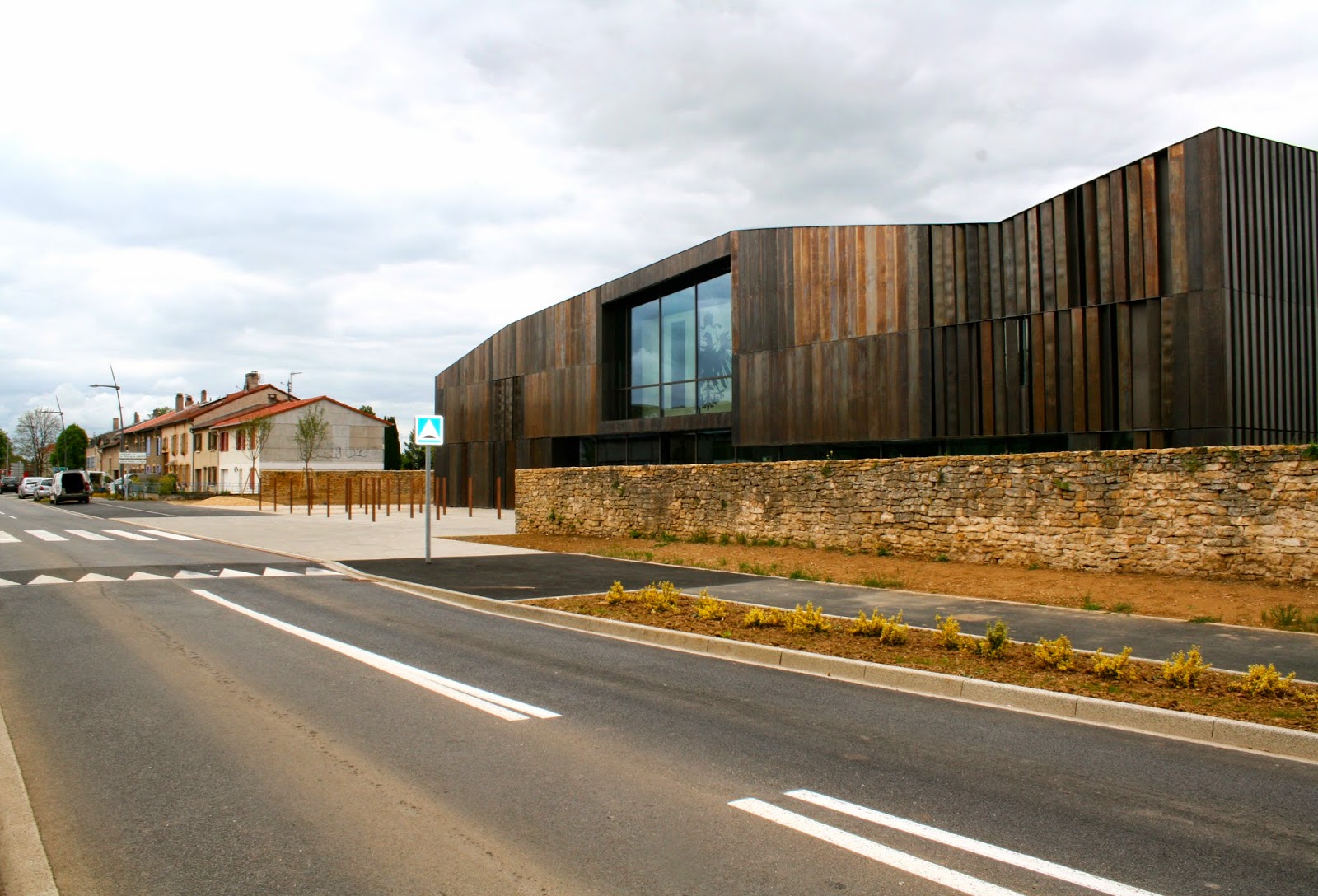 Arriving in Gravelotte:
The new museum opened on the 18th April.

The road to Gravelotte took my through some of North Eastern France most known areas, ringing out with historic reference. Crecy, Marne, Valmy, Verdun...
And finally you arrive at Gravelotte.

The country road from the highway takes you straight down across the battlefield, and so I awoke from my driving daze to roadsigns like Amanvillers, Vernéville,  Rezonville, St. Privat, Mars-la-Tour and Gravelotte. A feeling of alertness and respectful awe set in as I drove through Gravelotte and parked my car at the museum. 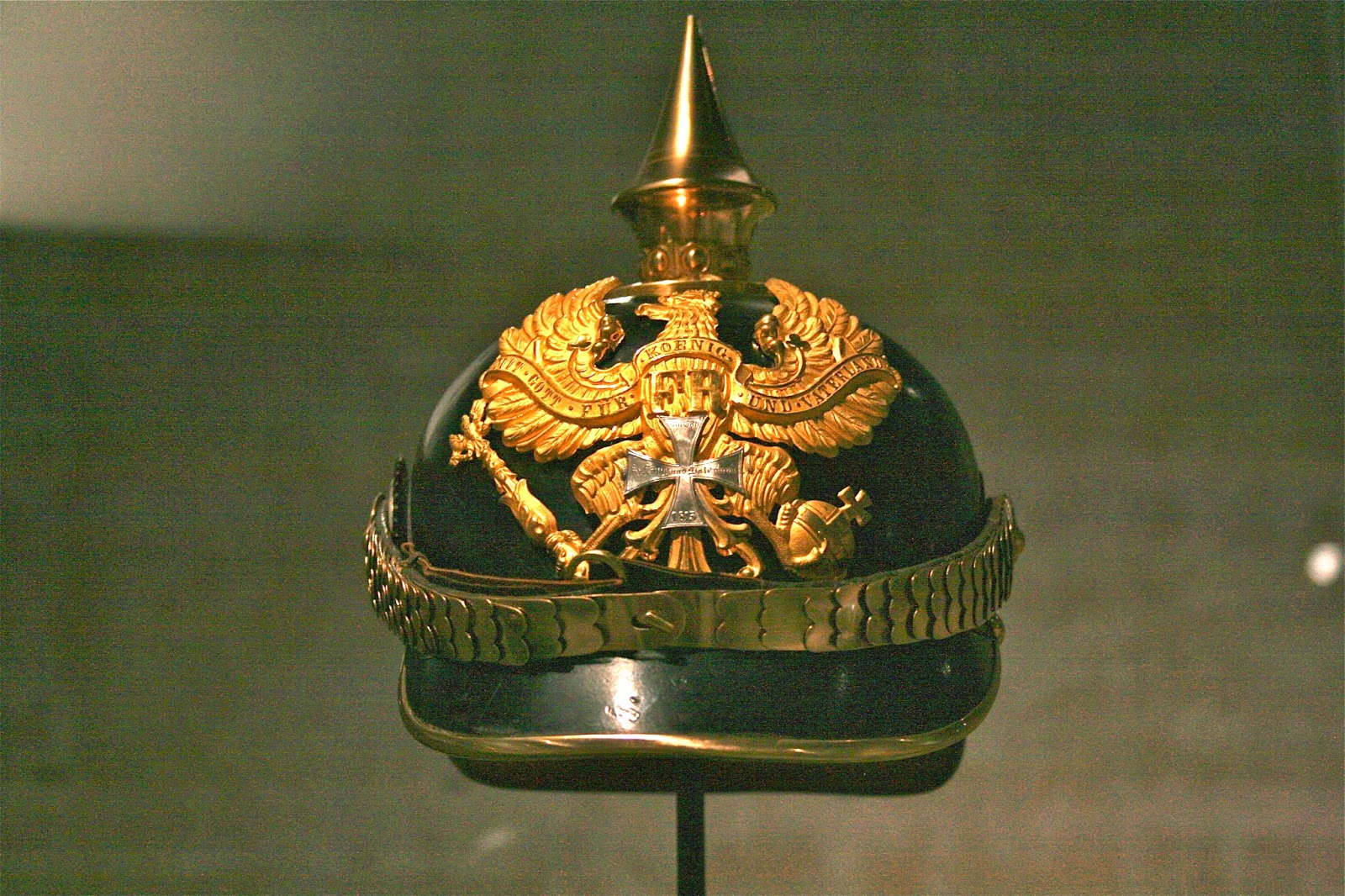 The museum in Gravelotte.
A virtual bonanza of uniforms and paintings from the war.

With my starting point in Gravelotte I decided to approach the actual battlefield tour from the South, moving from Gravelotte down towards the Mance Ravine and over towards the place of the St. Hubert farm. 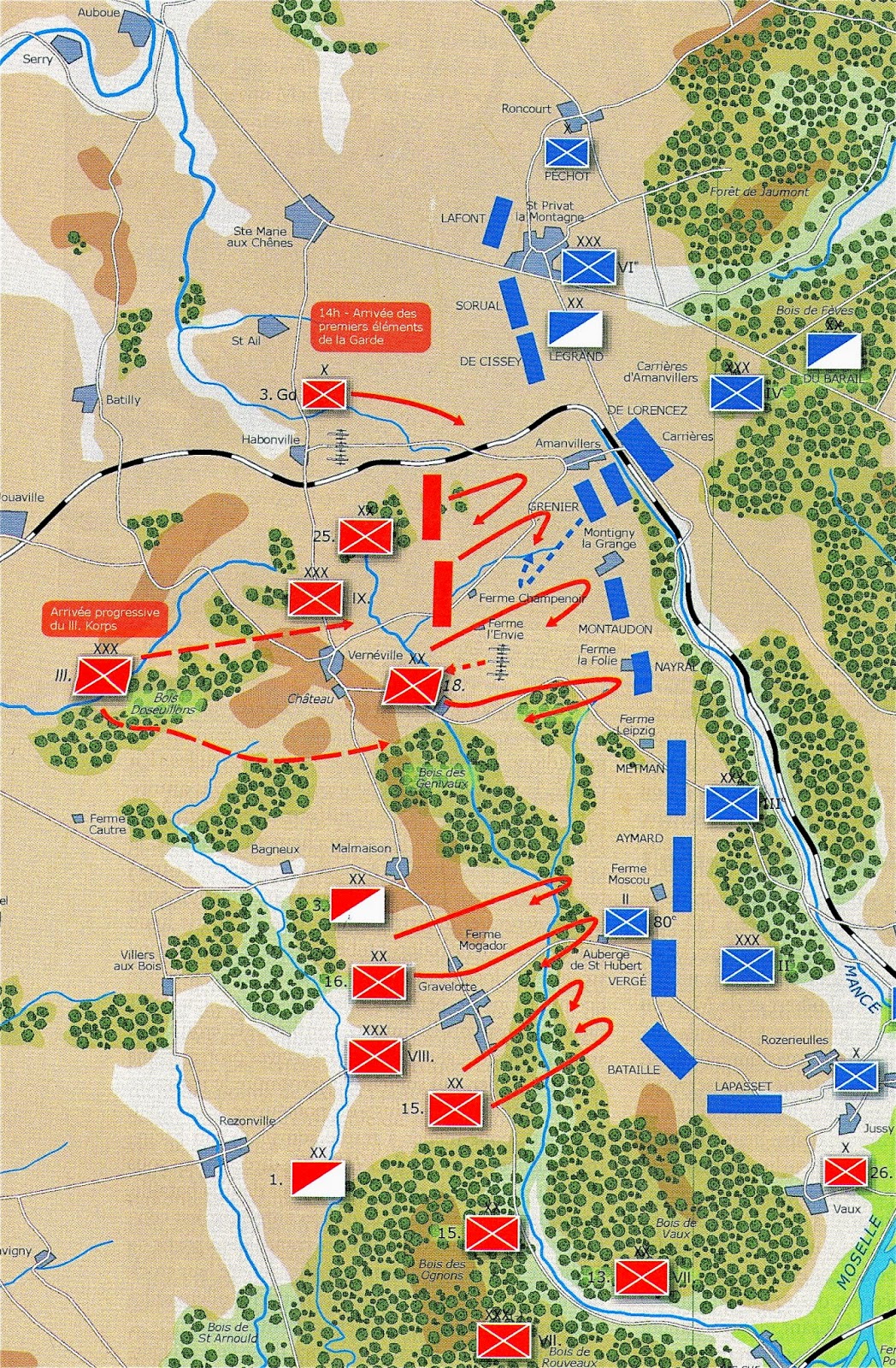 A map of the battlefield.
Steinmetz's charge is marked by the red arrows in the bottom half.

I found the Mance Ravine very hard to imagine when reading about the battle.
To actually see it, move through it and look down upon it from the French position leaves you with a deep impression of the hopelessness of Steinmetz charge during the battle. 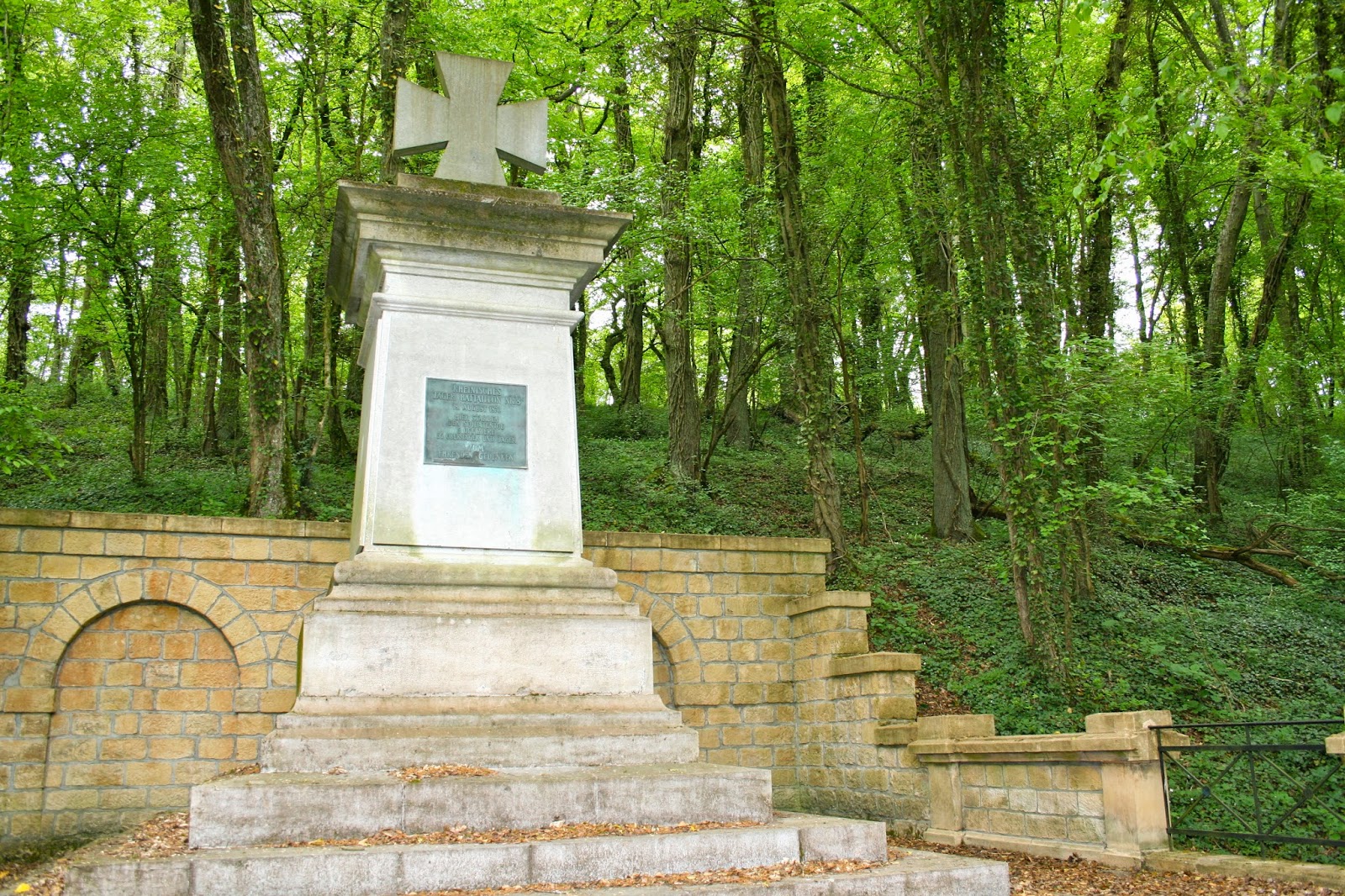 Memorial for the 8th Rhine Jägers, set on the slopes of the Mance Ravine.
Hope the picture really gives an impression of how steep the terrain is.


The 8th would finally, in spite of crippling losses, take St. Hubert.

Coming up from the Ravine you start to realize just how tough a charge this must have been.
The French had a completely open view down towards the ravine, and you'll literally be spotted from their entire line stretching from Batailles' position and up the the Moscow Farm. Thousands of Chassepot would be aimed at you, as you out of breath after the climb, were asked to charge across 200-300 meters of open ground. 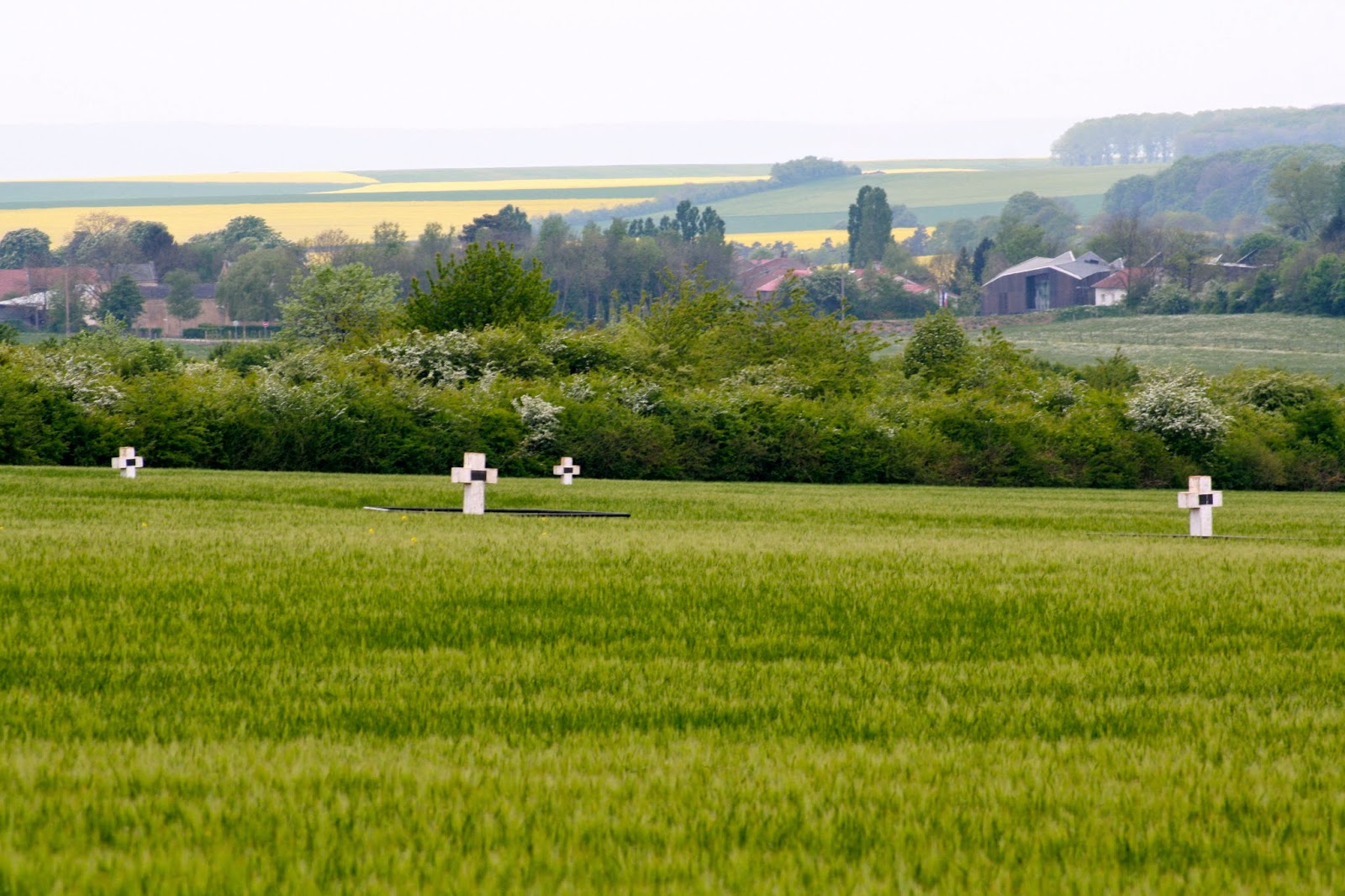 Crosses strewn on the fields above the Mance Ravine.
When I realized these marked regiments, not individuals,
I was left with a grim understanding of Steinmetz's mistake.

(Picture taken from St. Hubert looking down towards the ravine)

Not unmoved by my visit in the ravine, I left the St Hubert position, and drove up towards the Moscow Farm - the stronghold of Aymard's 4th Divison. 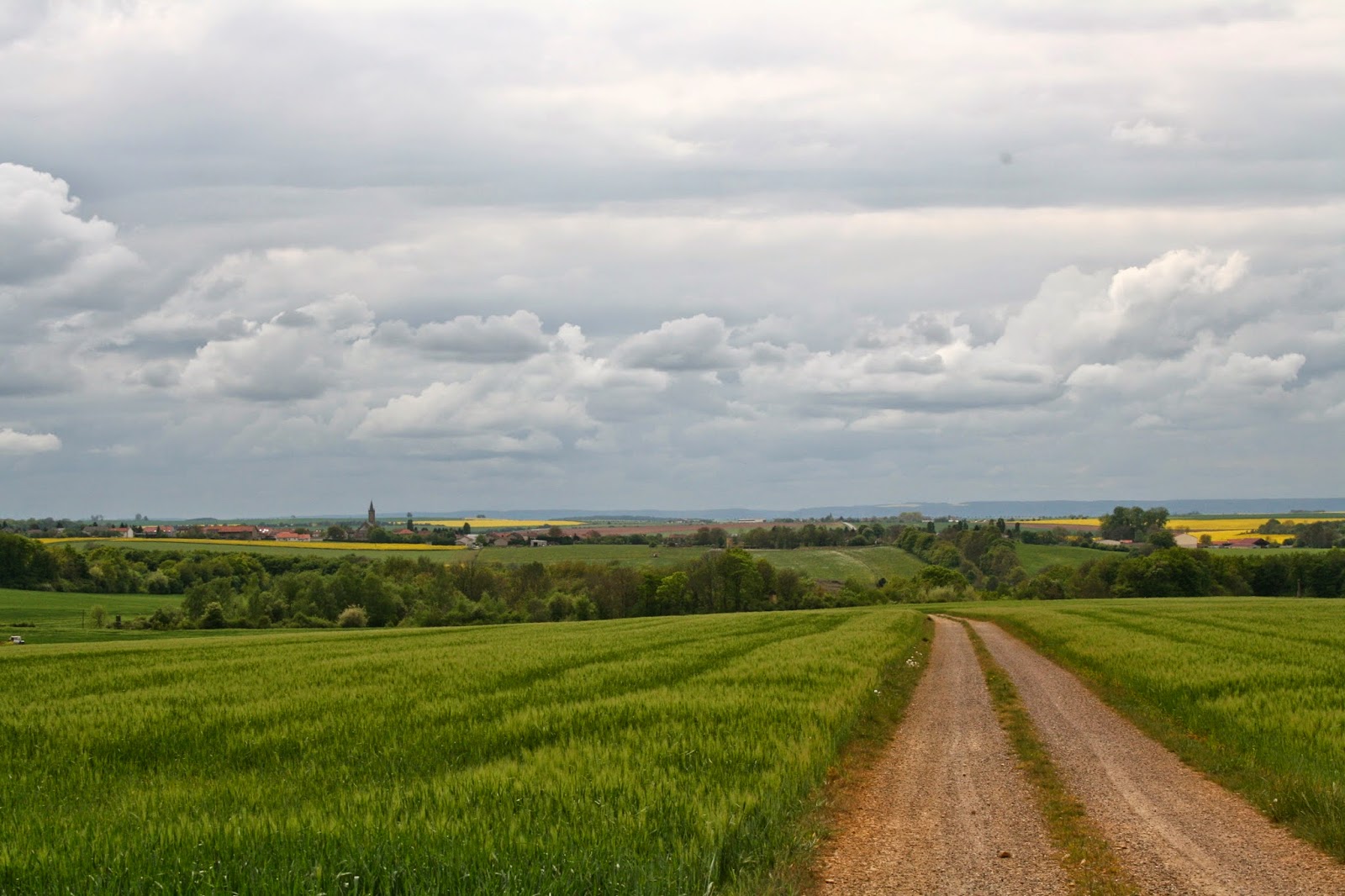 The view from the Moscow Farm down towards the Mance Ravine.
Gravelotte can be spotted in the background.

Commander of the 2nd Corps, General Frossard, came with an engineering background, and had made the French position into something like a fortress. Trenches were dug, rifle pits made in front, and Mitrailleuses brought up to make sure the open ground from the ravine and upwards would not be crossed without the maximum cost of human life. Horribly enough, Steinmetz was happy to make this sacrifice. 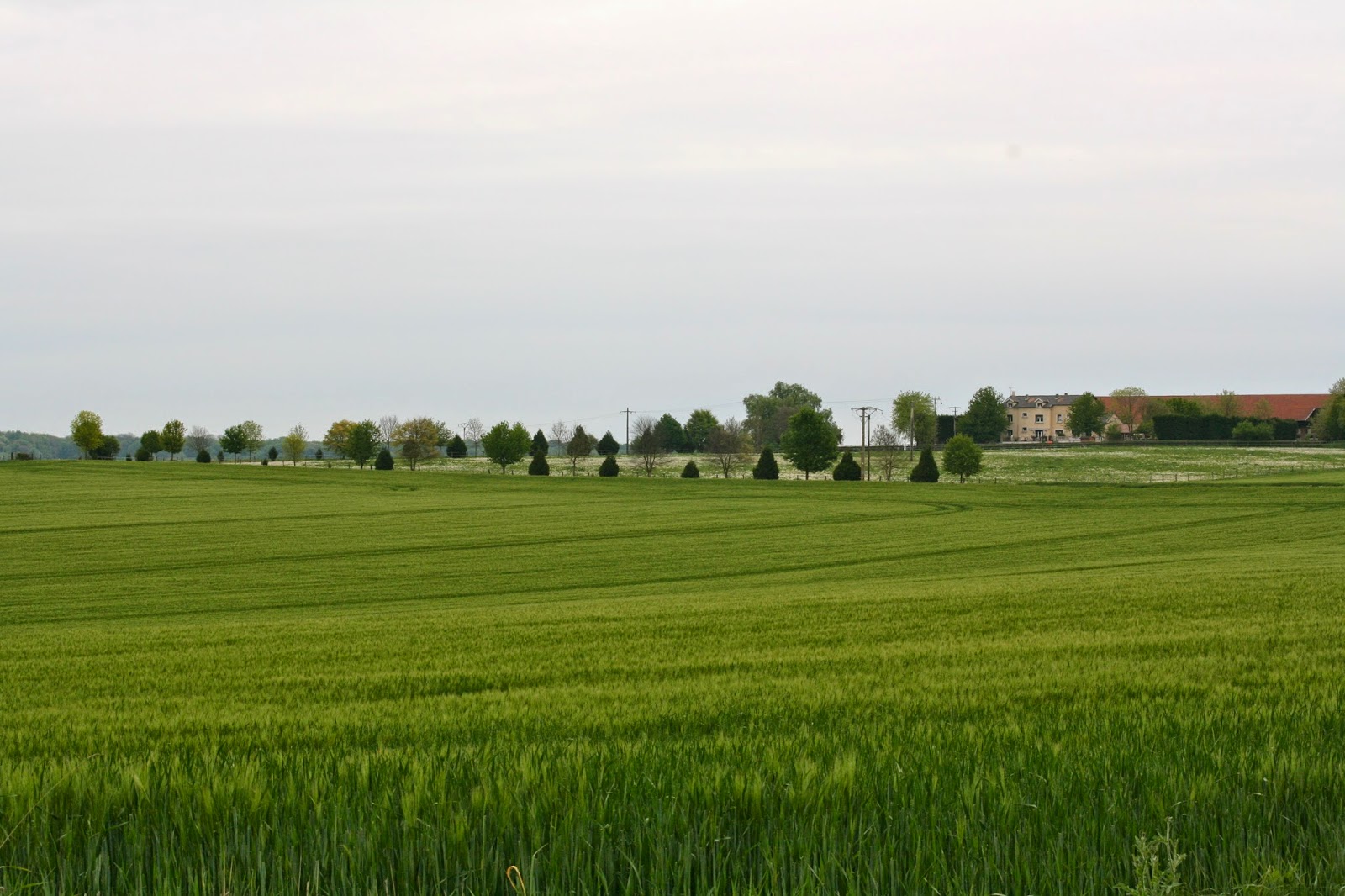 A view toward the Moscow Farm.
Up there entrenched French infantry with artillery and mitrailleuese awaits your advance on this open ground. Making it just to the position of this photo, would already have seen half your company comrades bite the grass.

As Moltke had previously had problems with the insubordinate Steinmetz, he had reduced his authority to only one Corps before the battle of Gravelotte St Privat. This however would not deter the veteran Steinmetz. First serving during the final stages of the Napoleonic Wars, the senior war veteran commanded much respect if not fear from his colleagues in the German army. 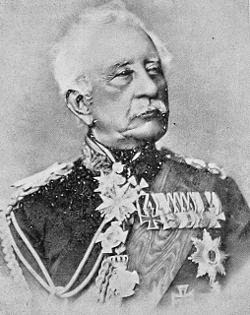 Karl Friedrich von Steinmetz. As a result of his conduct at Gravelotte, he would shortly after be removed from field command and"promoted" to governor of Posen.
He would die 7 years after the battle, 81 years old.

Thus it was no problem for Steinmetz, in contradiction to his orders, to gain indirect command of more units during the battle, convincing other commanders that all they needed was a final push to tip over the French position. Steinmetz kept on pouring units into the Mance Ravine meat grinder all the way until the fighting seized in the evening. He even tried a cavalry charge through the raving, which was halted partly by murderous French fire, partly by the horses not able to advance through the thick cover of bodies. 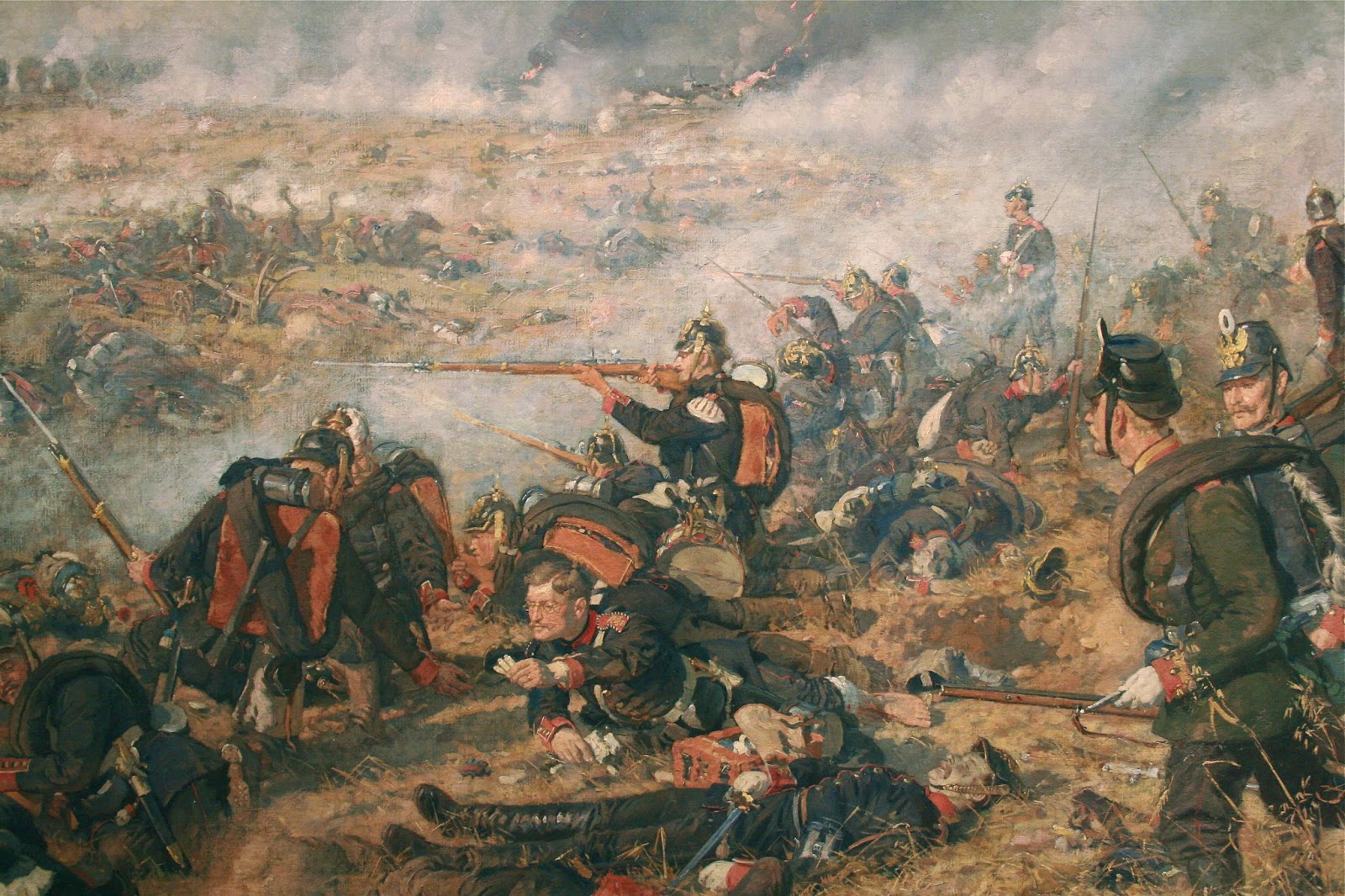 German infantry and jägers.
Dead comrades acting as useful cover in the open.

From the Moscow Farm, I would now move north-west, crossing the battlefield and arriving at Amanvillers via the gun position of Manstein. This and the
German Guard's charge on St Privat will be covered in the second part of this post.

Thank you very much for reading!
Posted by Black Powder at 03:16