This weekend it was once again time for the annual gathering of wargaming's finest at Europe's biggest show - SALUTE. The pilgrimage to the London Excel started at Bank station, from were we changed to the DLR trains, fighting our way through a neon-clad crowd of self molesters, apparently going to the same destination to register for performing some masochistic event called the London Marathon the following day.

Safely there it was time to arm myself with cash and camera and dig in.
Without further ado, and with thank to The South London Warlords,
here are the pictures from a great day at the show. 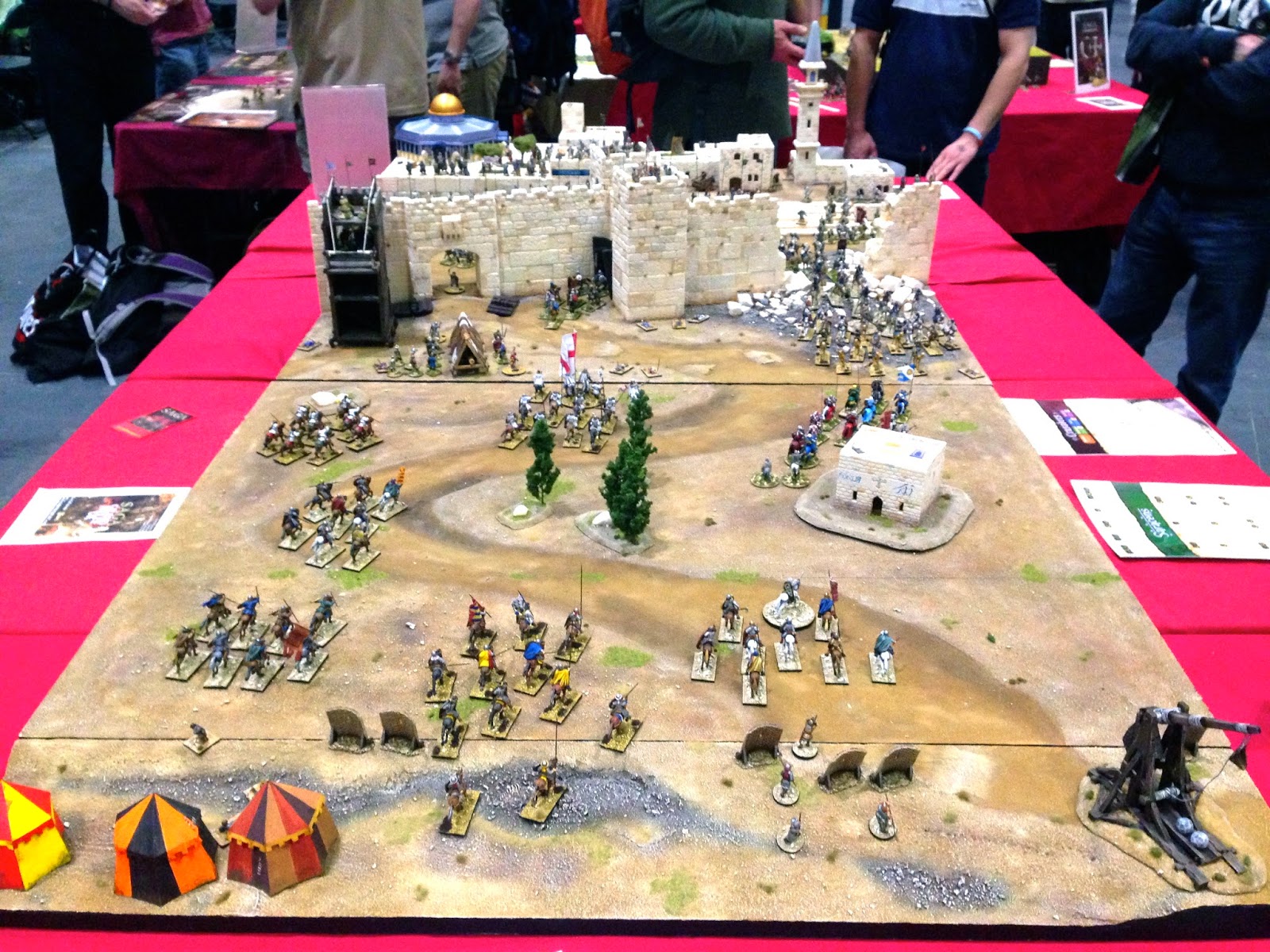 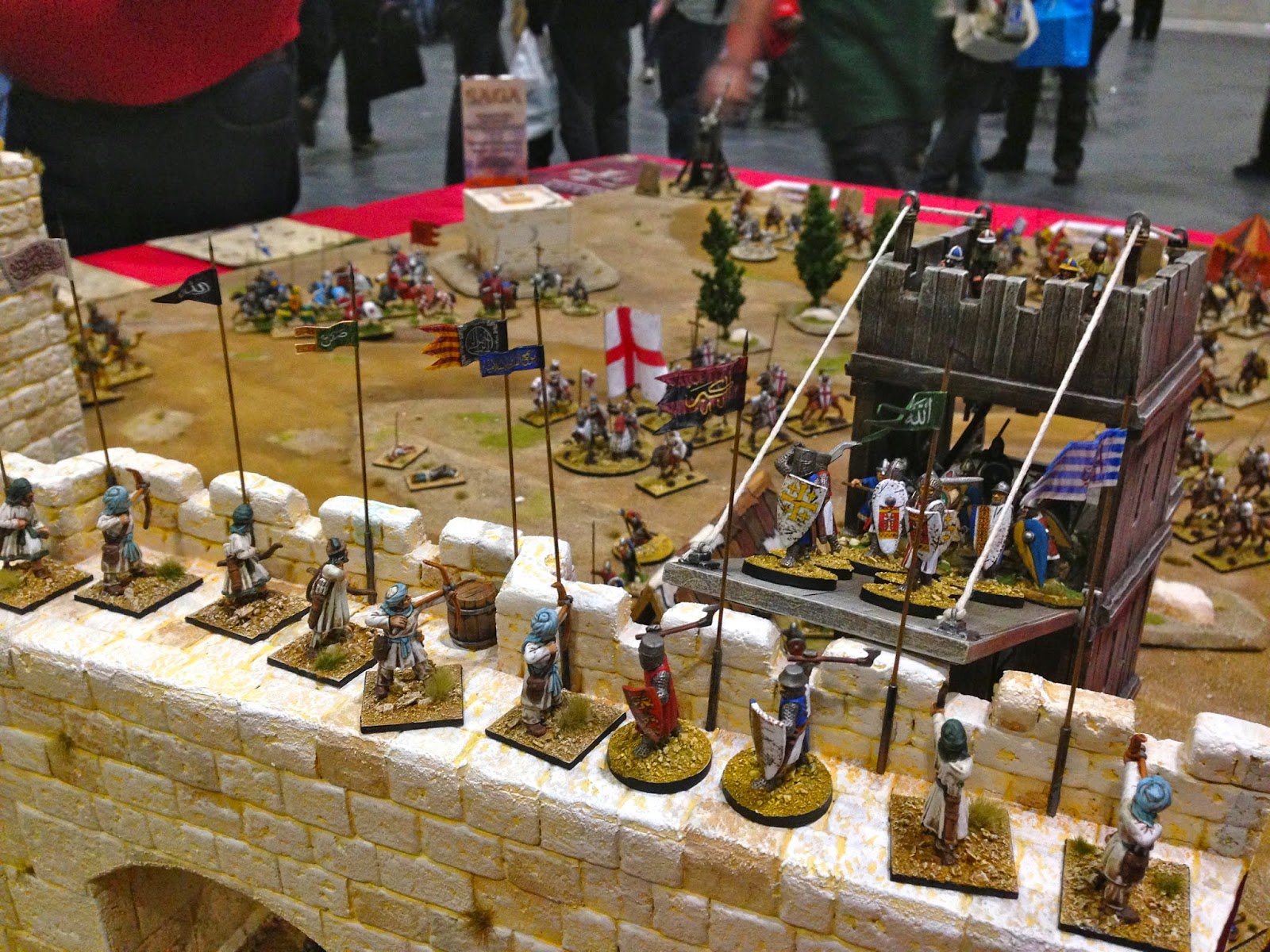 Holy Land siege game using Saga rules.
View from the wall as the attackers roll up a siege tower 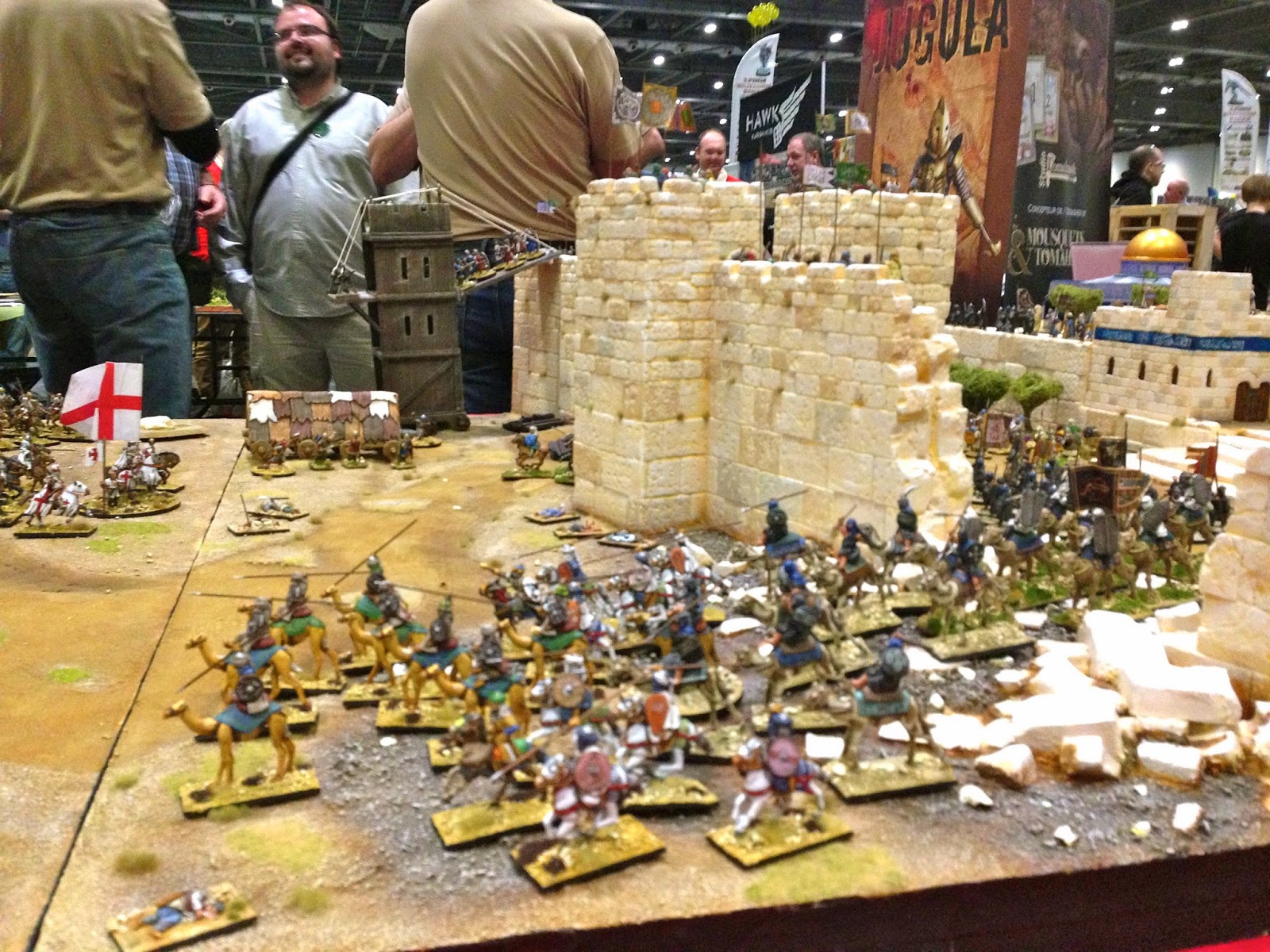 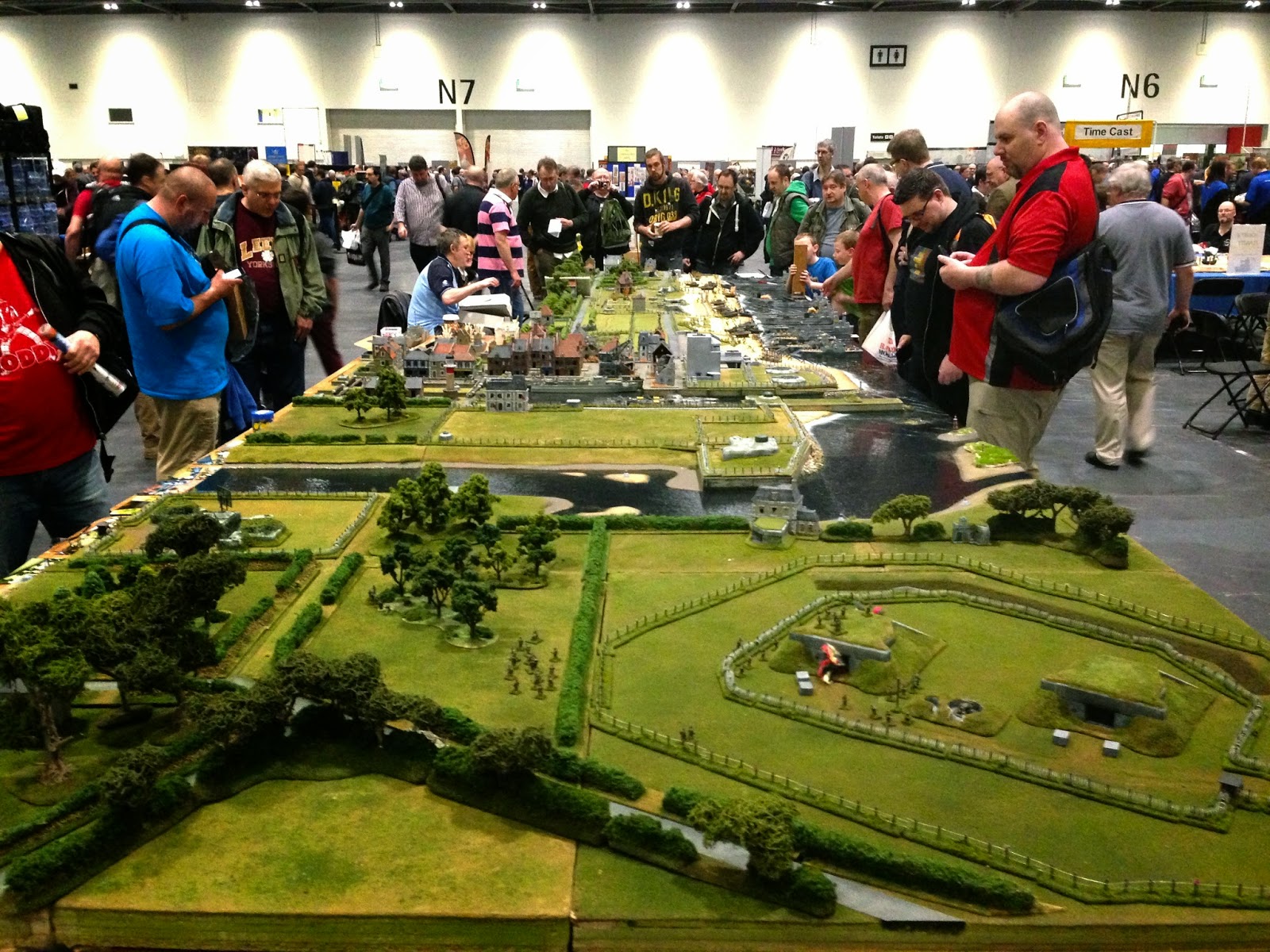 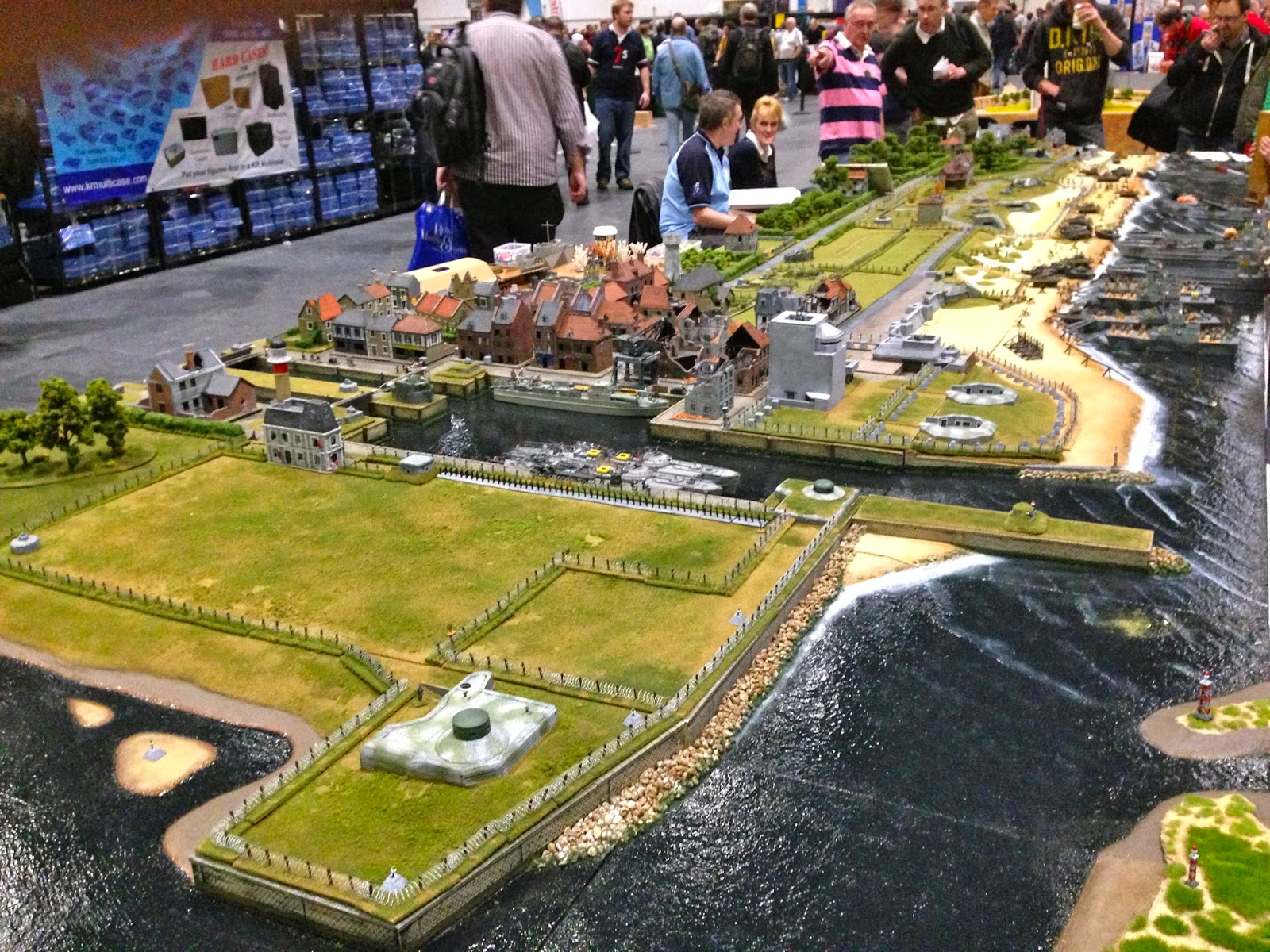 D-Day: British landing Zone.
Detail of the harbor section of the table. 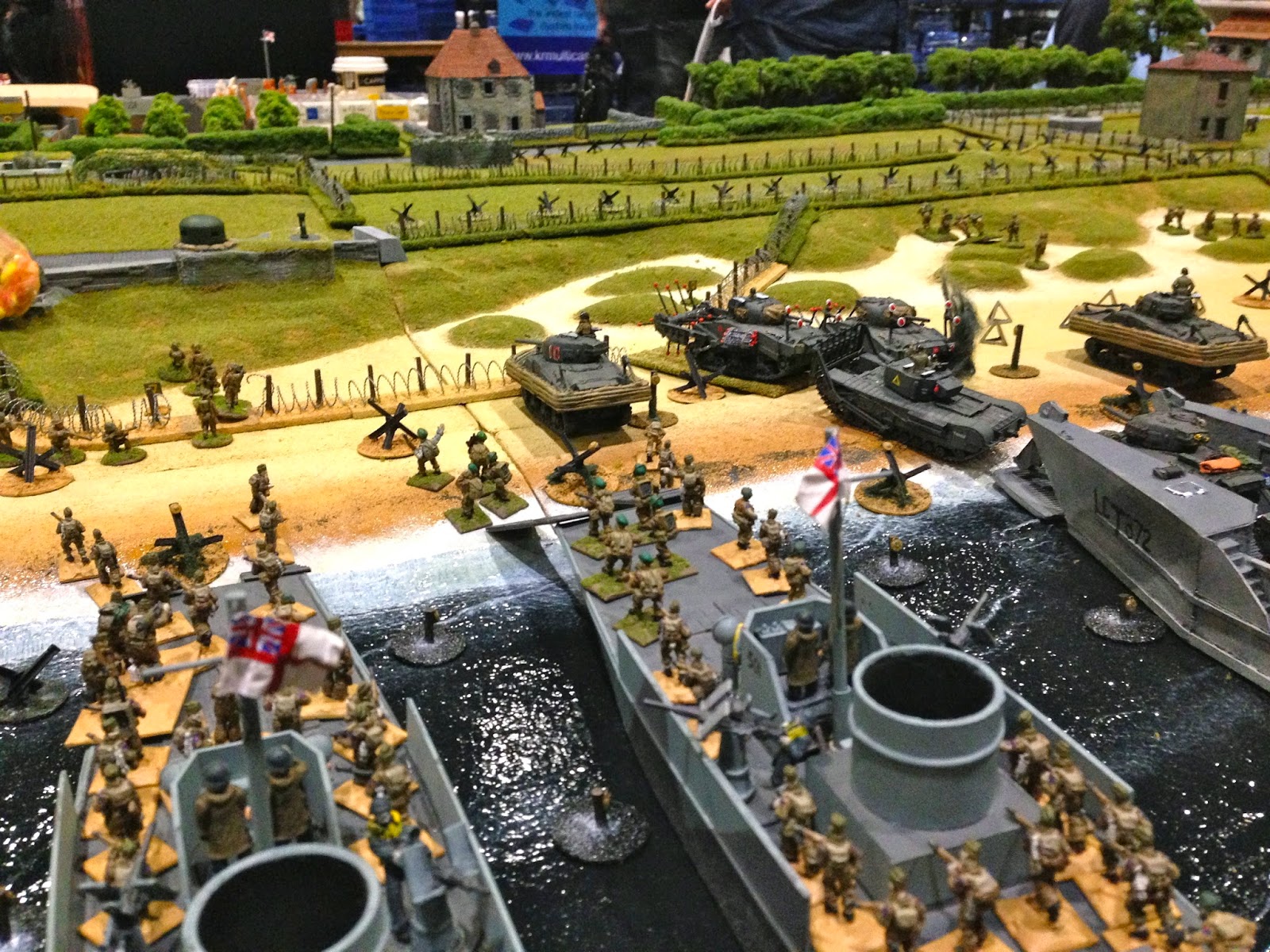 D-Day: British landing Zone.
Detail from the beach as the armor and infantry disembark. 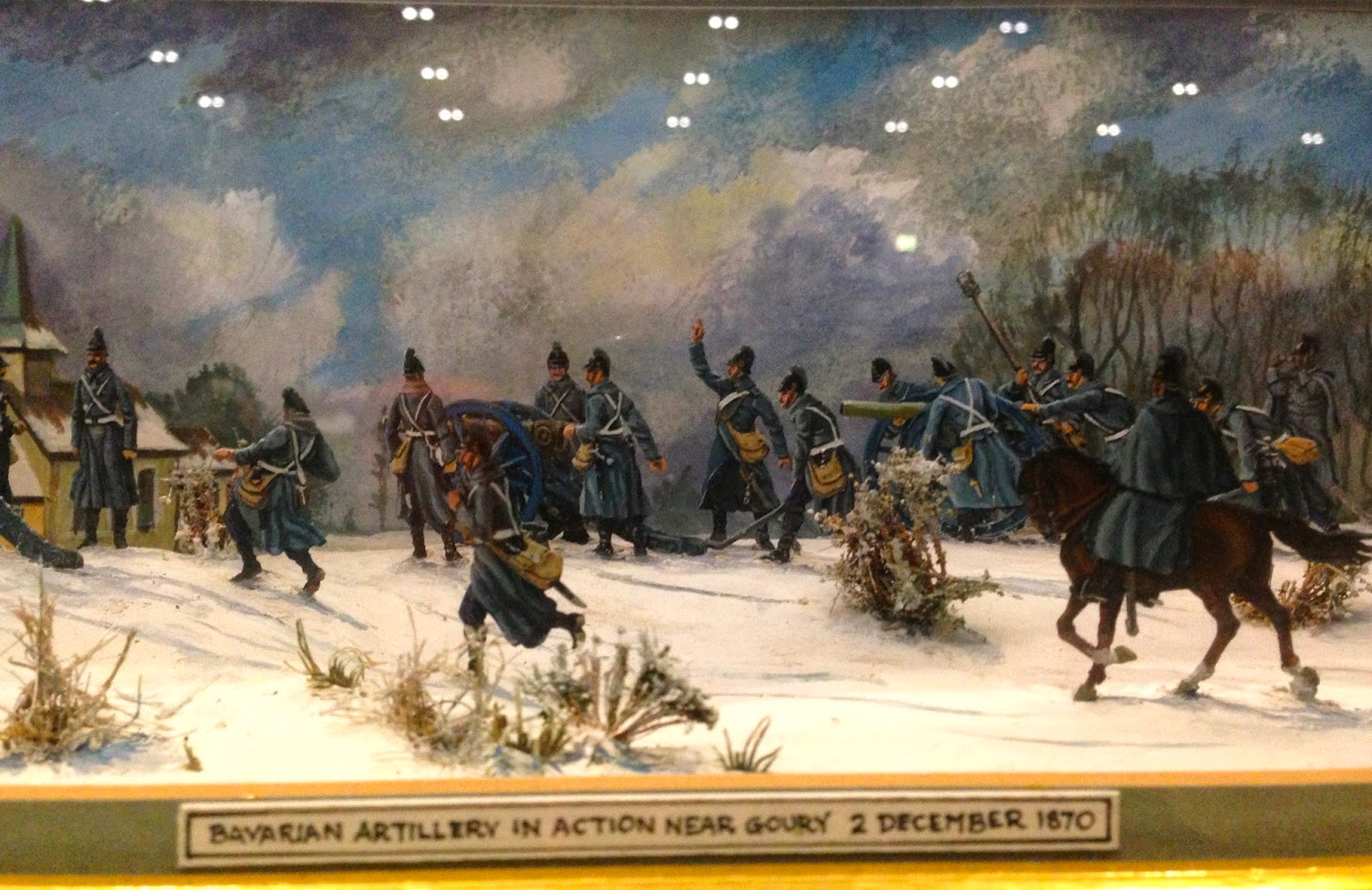 1870 vignette by The Continental Wars Society.
Bavarians artillery during the second part of the Franco-Prussian War. 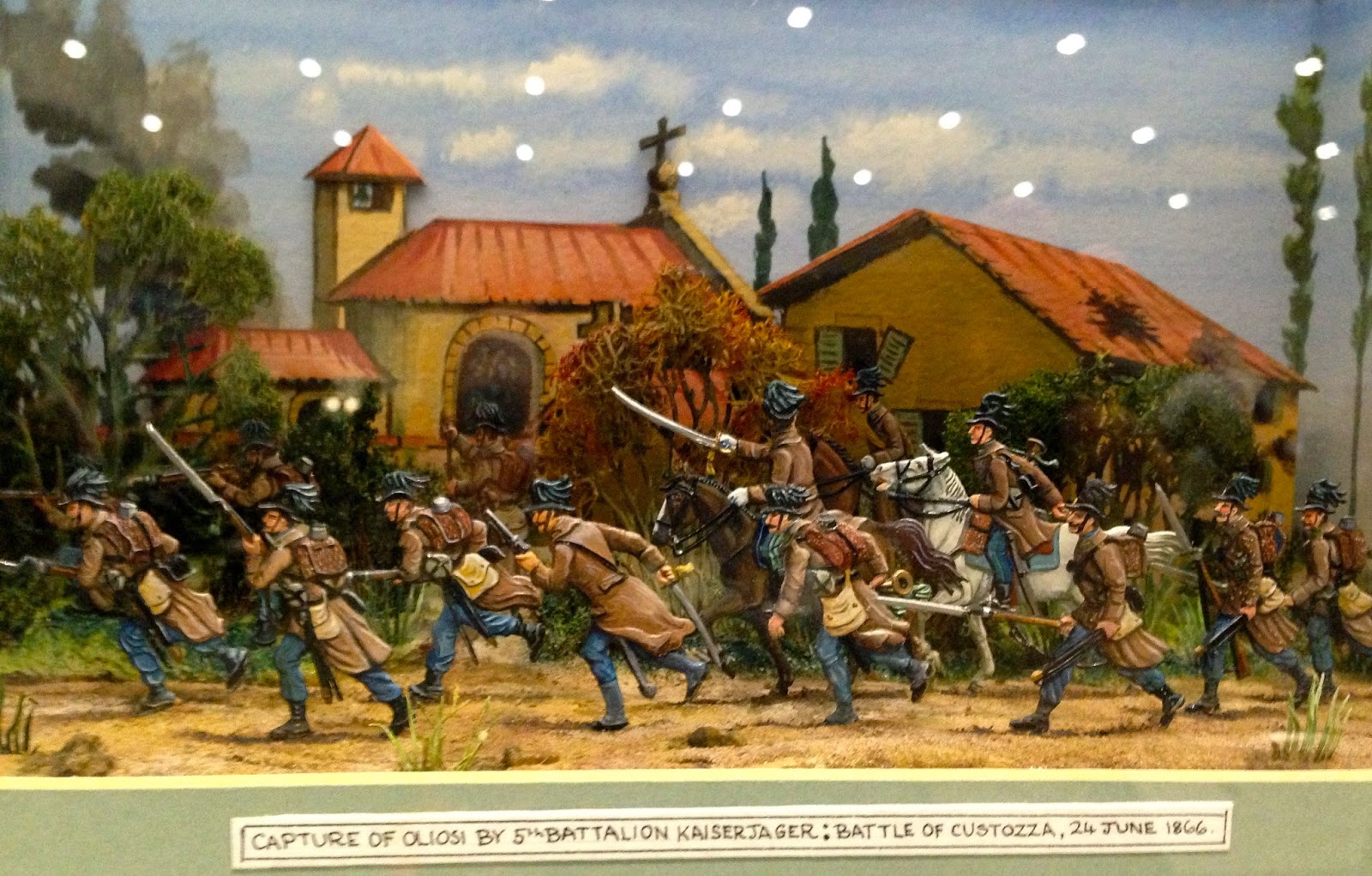 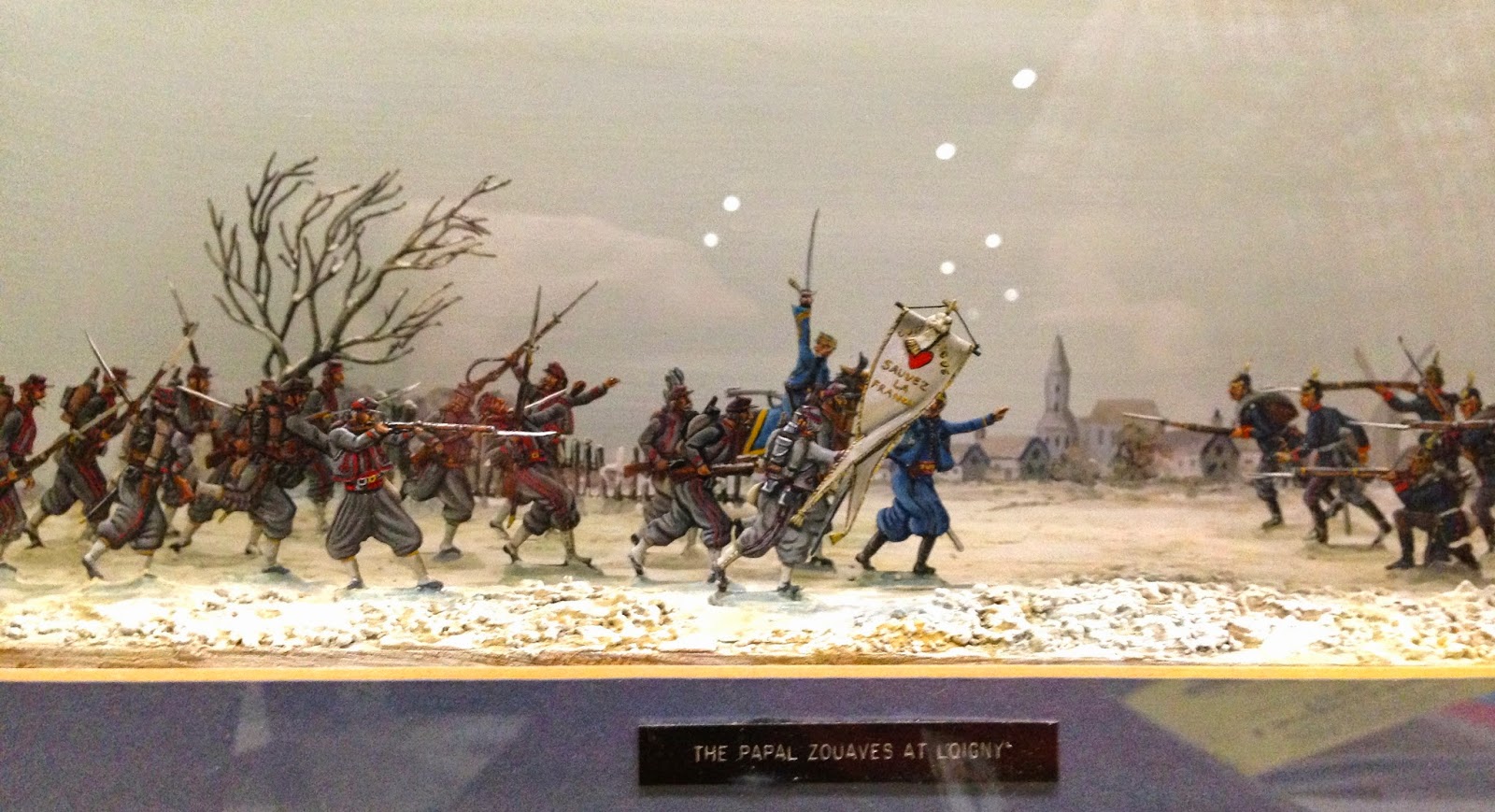 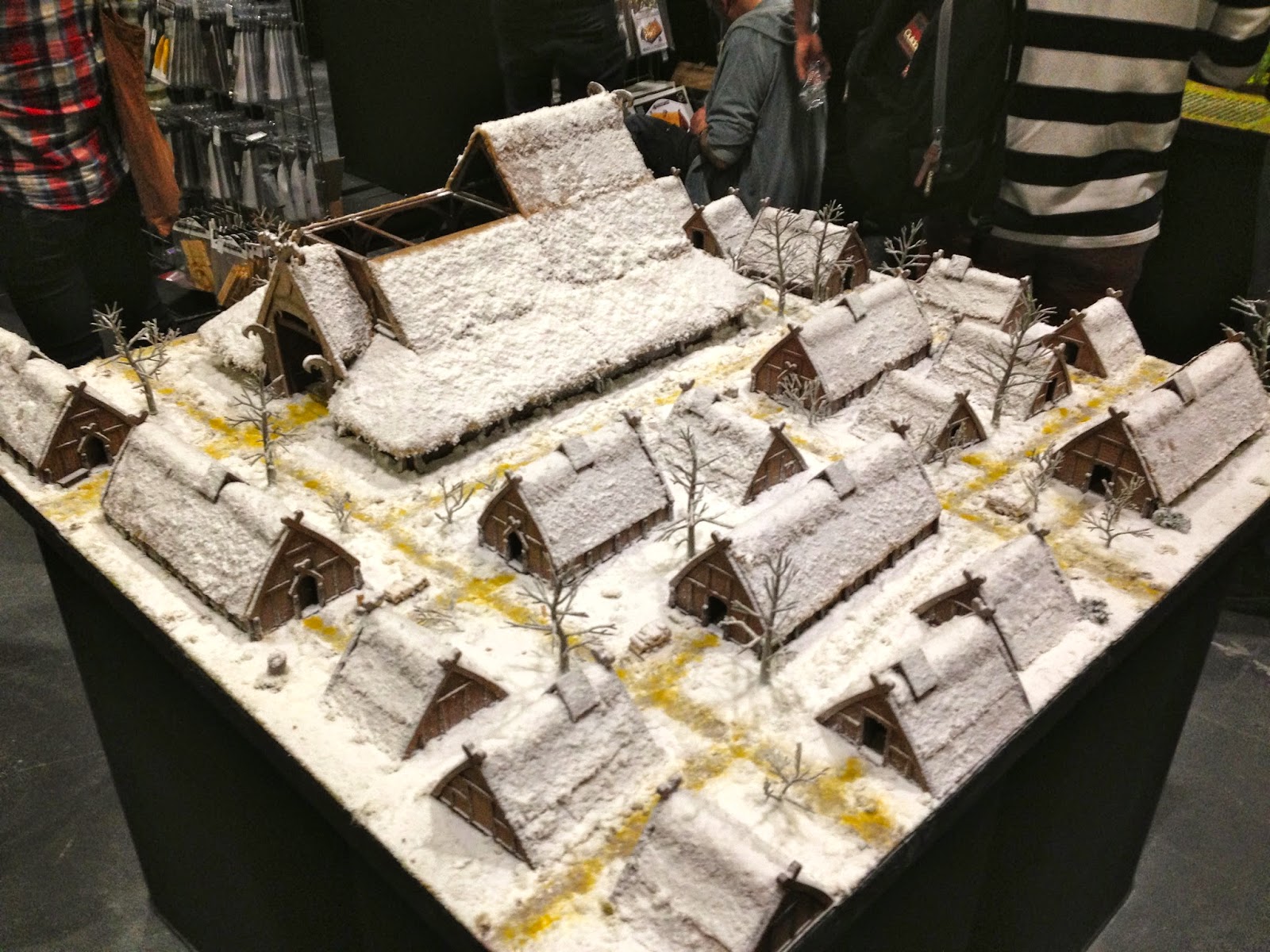 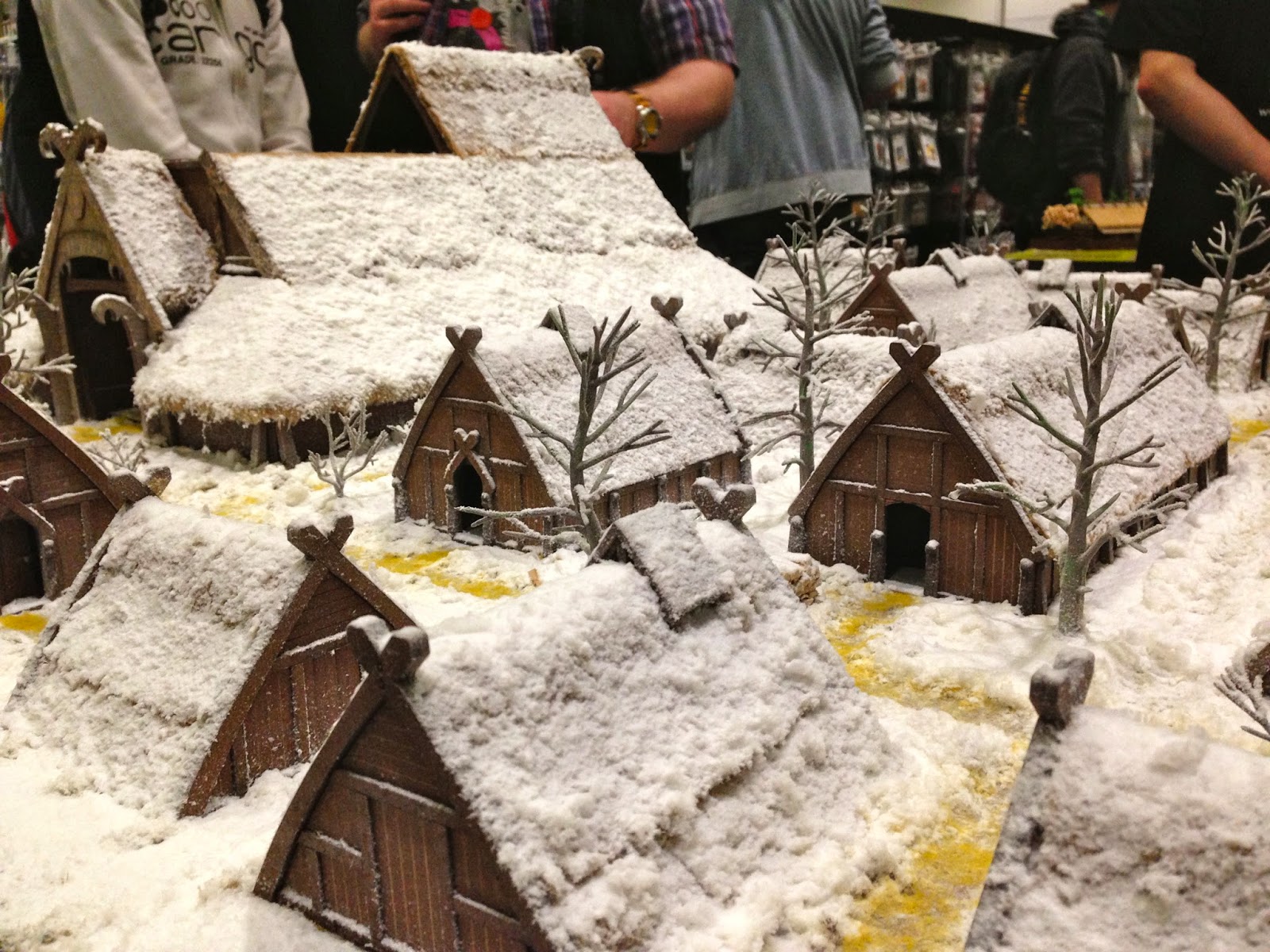 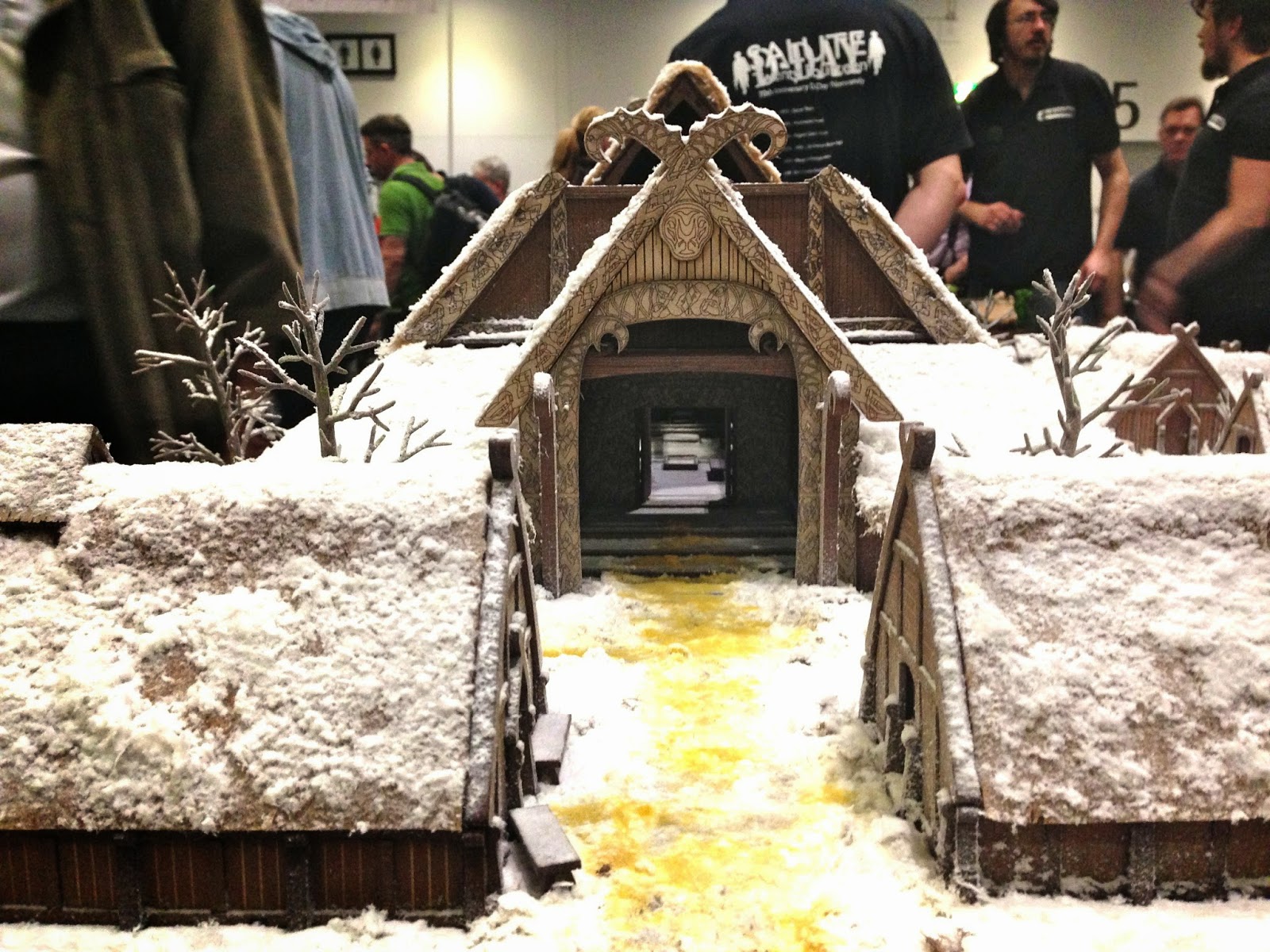 Viking village by 4Ground.
Entrance to the grand hall - bring your drinking horn! 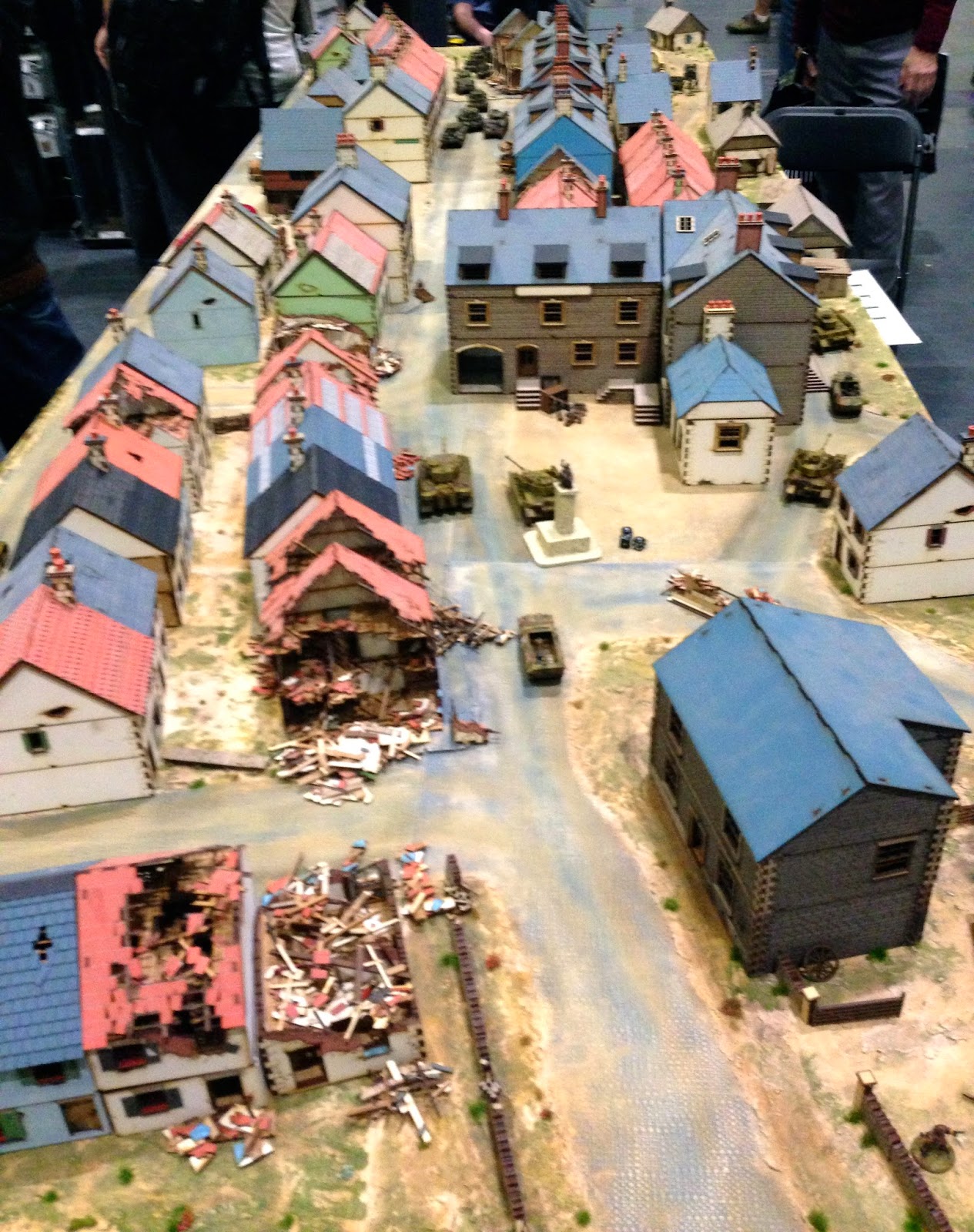 WW2 village by 4Ground.
Overview of the complete table. 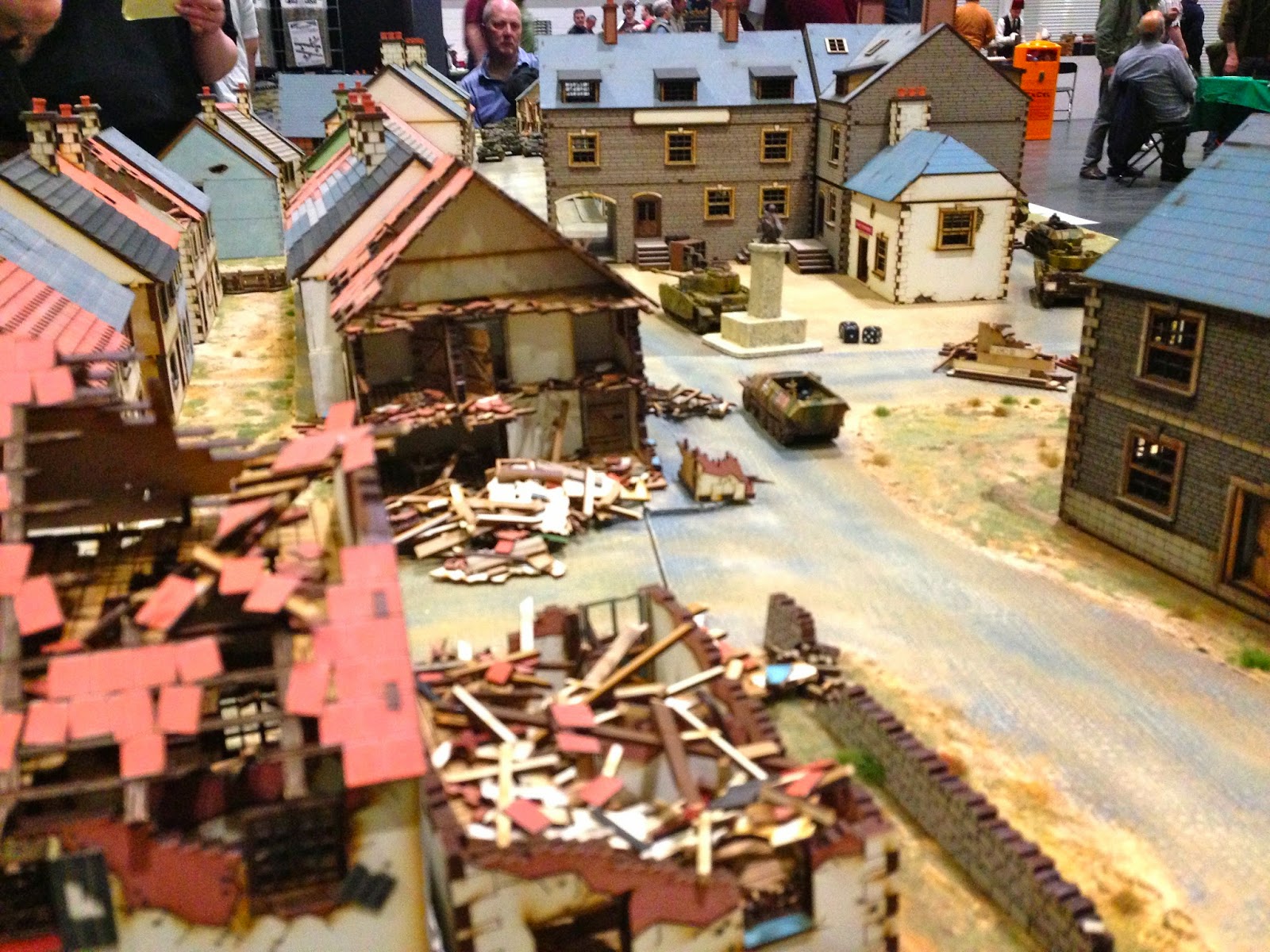 WW2 village by 4Ground.
Detail - bombed out housing with a German position in the background. 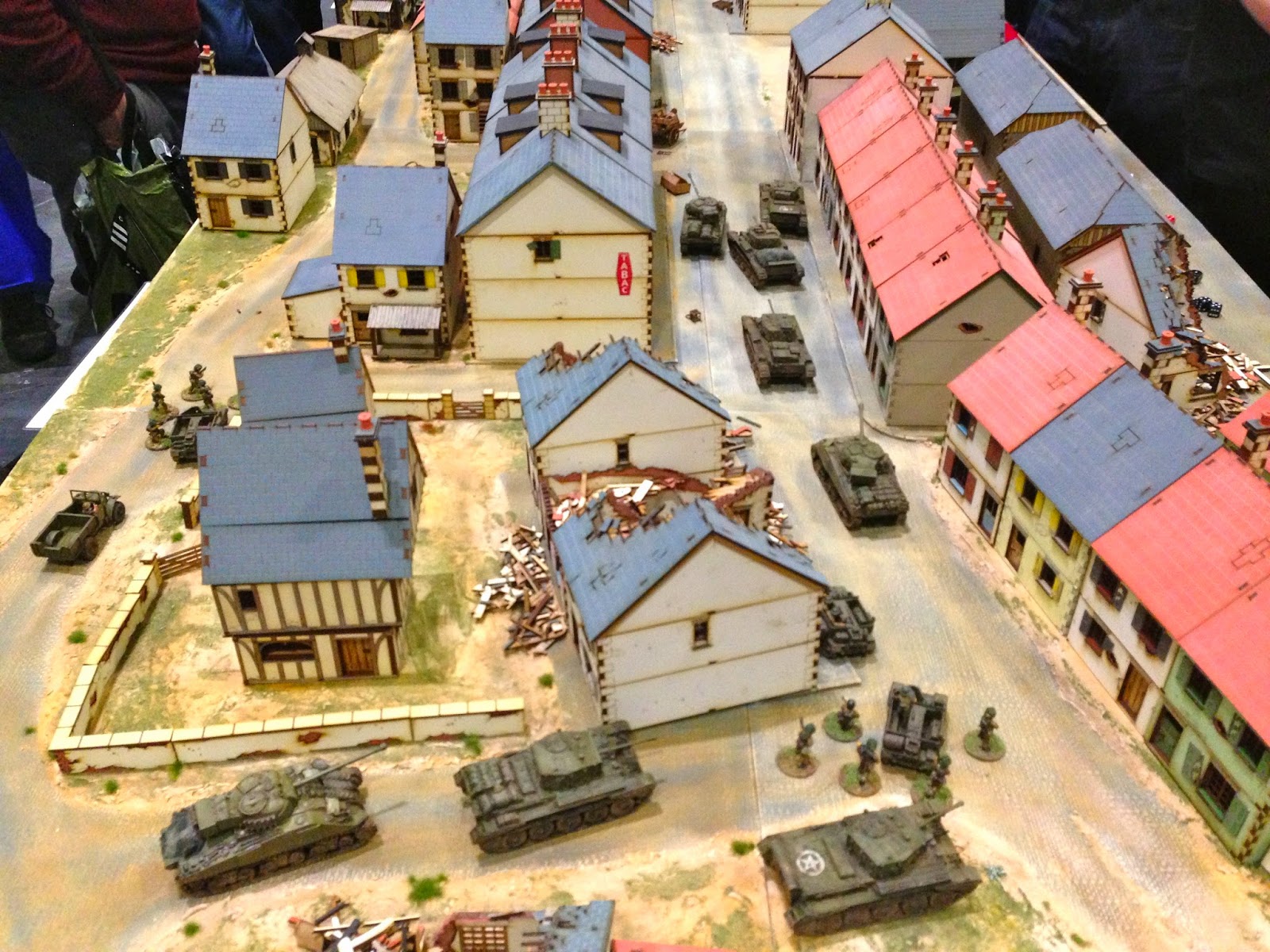 WW2 village by 4Ground.
Detail - Allies entering from the south. 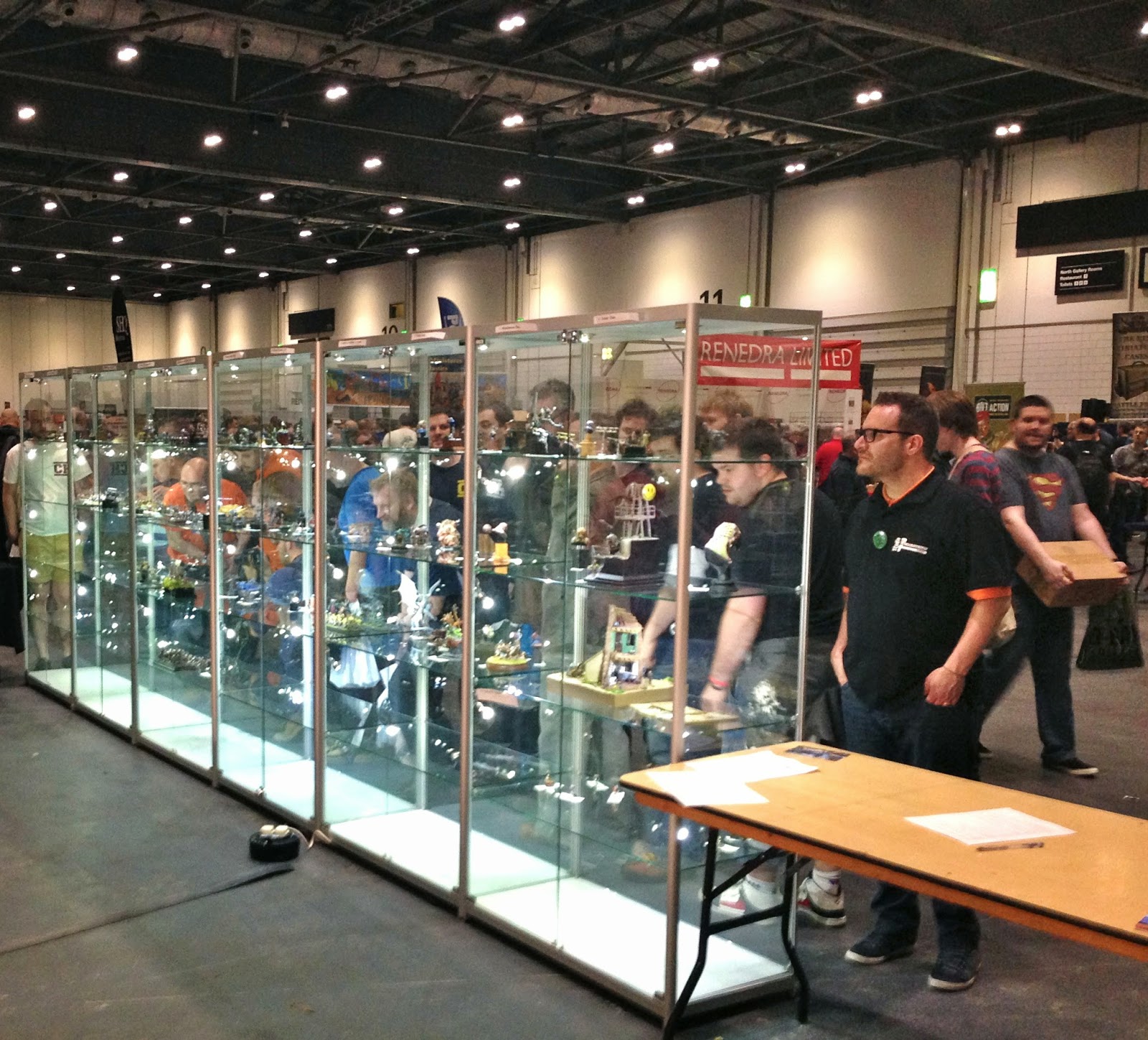 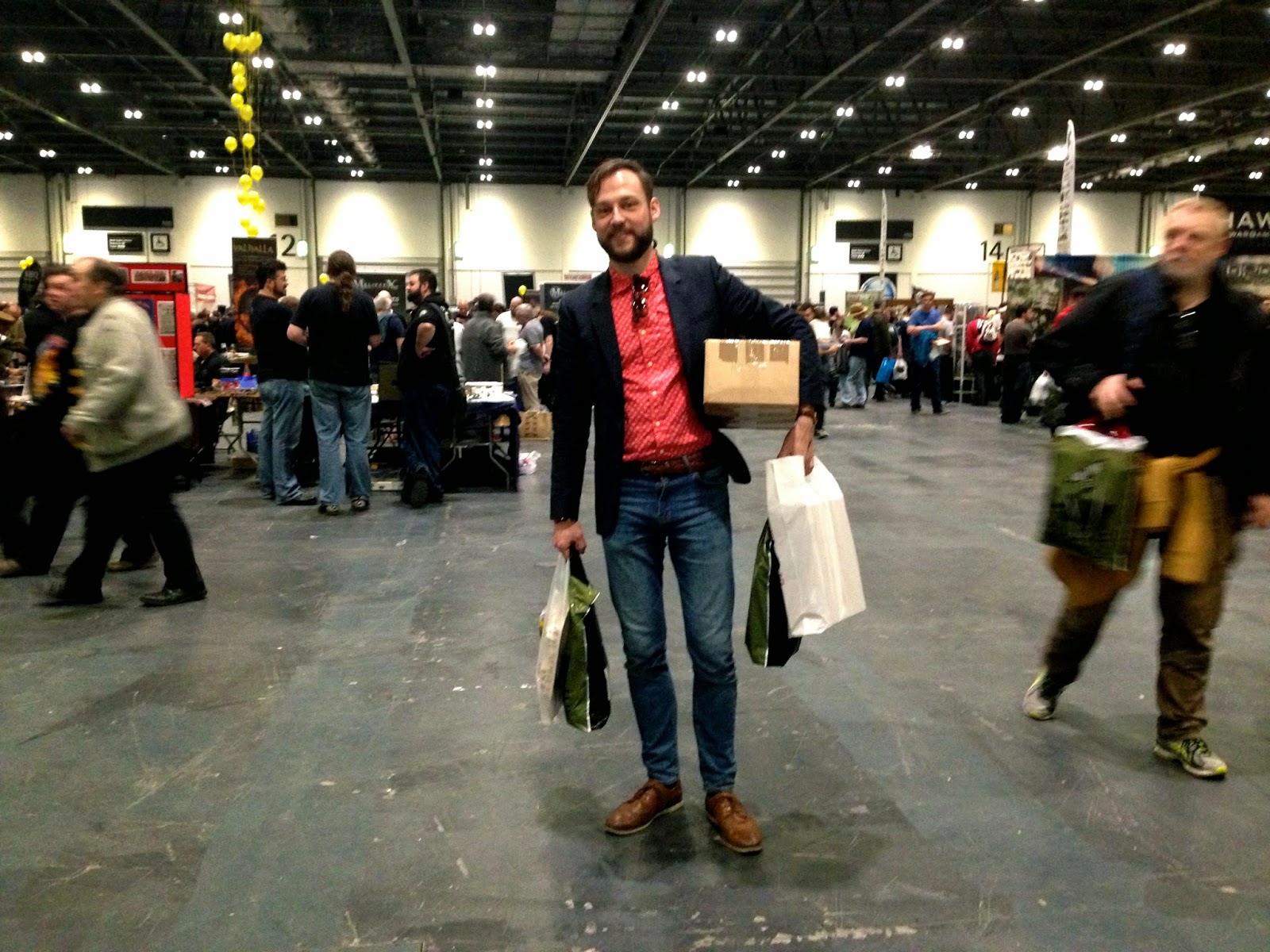 Hands full, a big smile and a broken VISA - time to go home...
For info on whats in the bags, I'll be running some reviews the coming weeks.

Thank you very much for reading!
Posted by Black Powder at 13:08