But being a Francophile has its price, certainly when one is also a miniature collector and wargamer. One never really seems to reach a saturation point. There is always one more dramatic war to read about, or some new fantastic range of figures launched, that my unruly right index finger keeps clicking into a web shop basket. 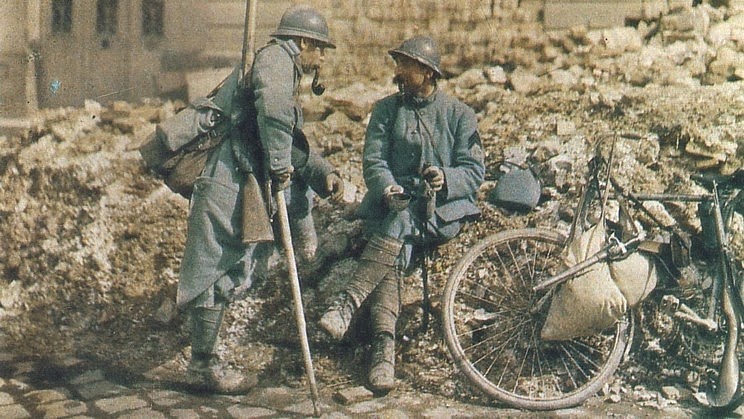 As it's the centennial for the horrible monument to blind nationalism mixed with unsavory weapons tactics called WW1, I have naturally bought a bunch of French trench rats, or Poilus if you will.

A whole generation of youths dutifully paid with their own blood, for the past failures of 1870 and the tactical shortcomings of their present commanders. If only they had been right when saying, "never again" as the war ended in 1918. 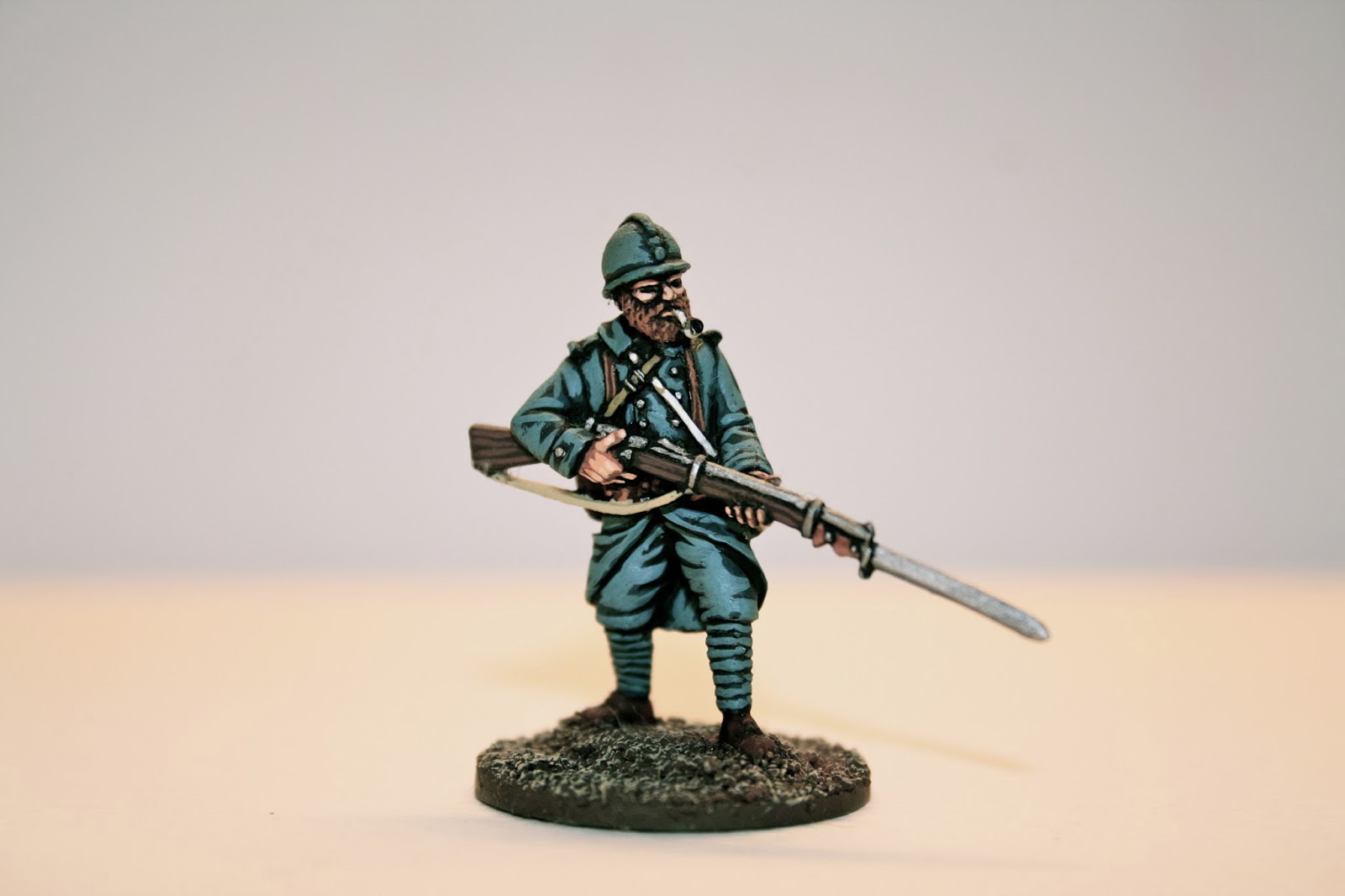 Figures: There are a few good options, but I have to credit Paris based company Forgotten & Glorious. They carry a small but incredibly nice sculpted range - a treat to paint.

The above mentioned year 1870, saw the eruption of the Franco-Prussian War. It’s a personal favorite in terms of wargaming and miniatures painting. What was soon to be a united Germany went to war under Prussian leadership disposing over some the greatest commanders and tactical politicians they would ever have - Moltke and Bismarck. France went into the war equipped with one of history’s most formidable armies, but worst high commands to lead it. 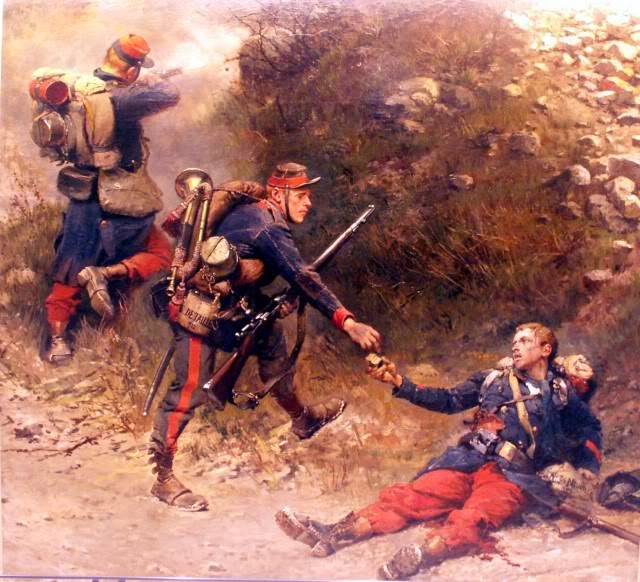 The brave French lignards could only scour for a fighting retreat, as a well run German war engine - spearheaded by the modern Krupp artillery - would run a tired Second French Empire under Louis Bonaparte (Napoleon III) into the corner of the ring. At Sedan the French Emperor was captured, a solid knock out, that saw France plunged into political chaos resulting in the proclaiming of the Paris commune. The war would leave France and the new republic traumatized by the loss of Alsace-Lorraine. This trauma would later play a key role in leading the nation on to seek the rematch with Germany of WW1. 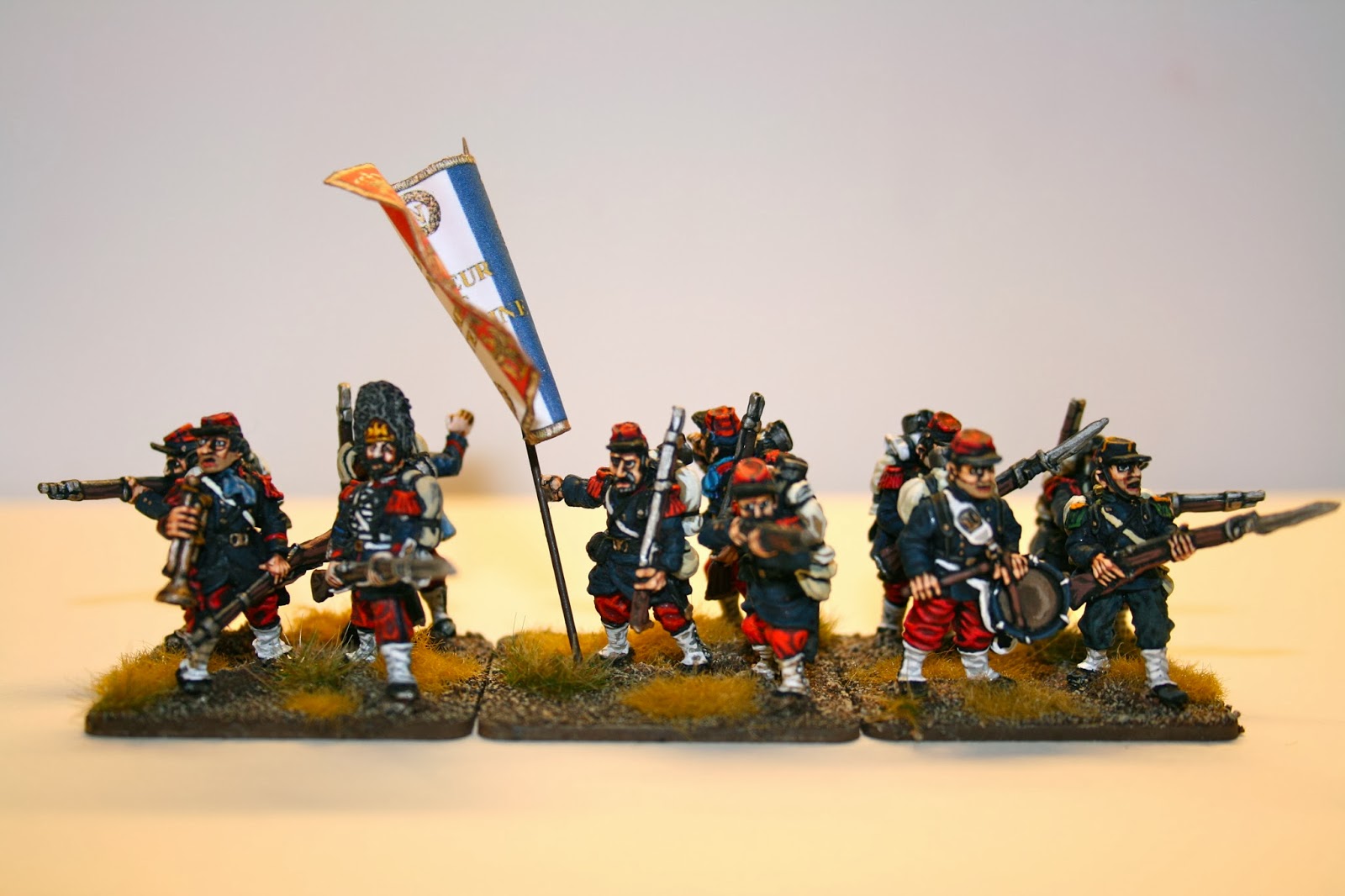 Figures: I love the Prussians from NorthStar 1866. They are clean, crisp and suited for todays painting techniques. French miniatures are tougher. In my opinion only Foundry has a range worth looking at, even if it's really 25mm and a bit out-dated in terms of pose variety and sculpting.

But things are happening, there are bright lights on the horizon, and I think 2014/15 will see a few new options on this period.

The First French Empire was run by Louis Bonaparte's uncle. A military and organizational genius known to history simply as Napoleon. Naturally the Corsican is a stop on any Francophile’s road to completion. 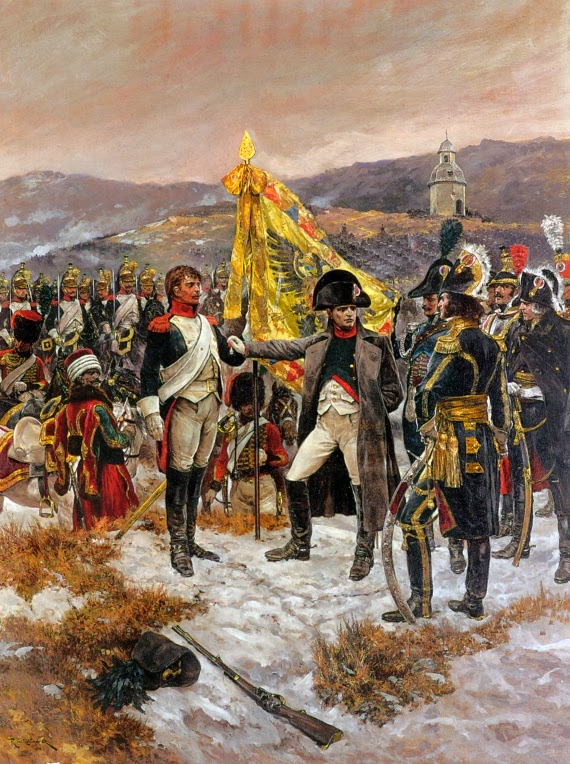 On the 1 year anniversary of his coronation as Emperor,
Napoleon won his greatest victory: Austerlitz 1805

Many historians, even today, will refer to Napoleon as a "little” or “short”. Actually Napoleon was not short at all, he was of average height of his time. “Warmonger” is another word that can stick to his legacy, but besides waging wars he also completed innovative law codes (many still used in today’s French legal code), understood and organized the basics of cities and industry for urbanization – For instance: he came up with the concept of house numbers being even on one side of the road, and uneven on the other. 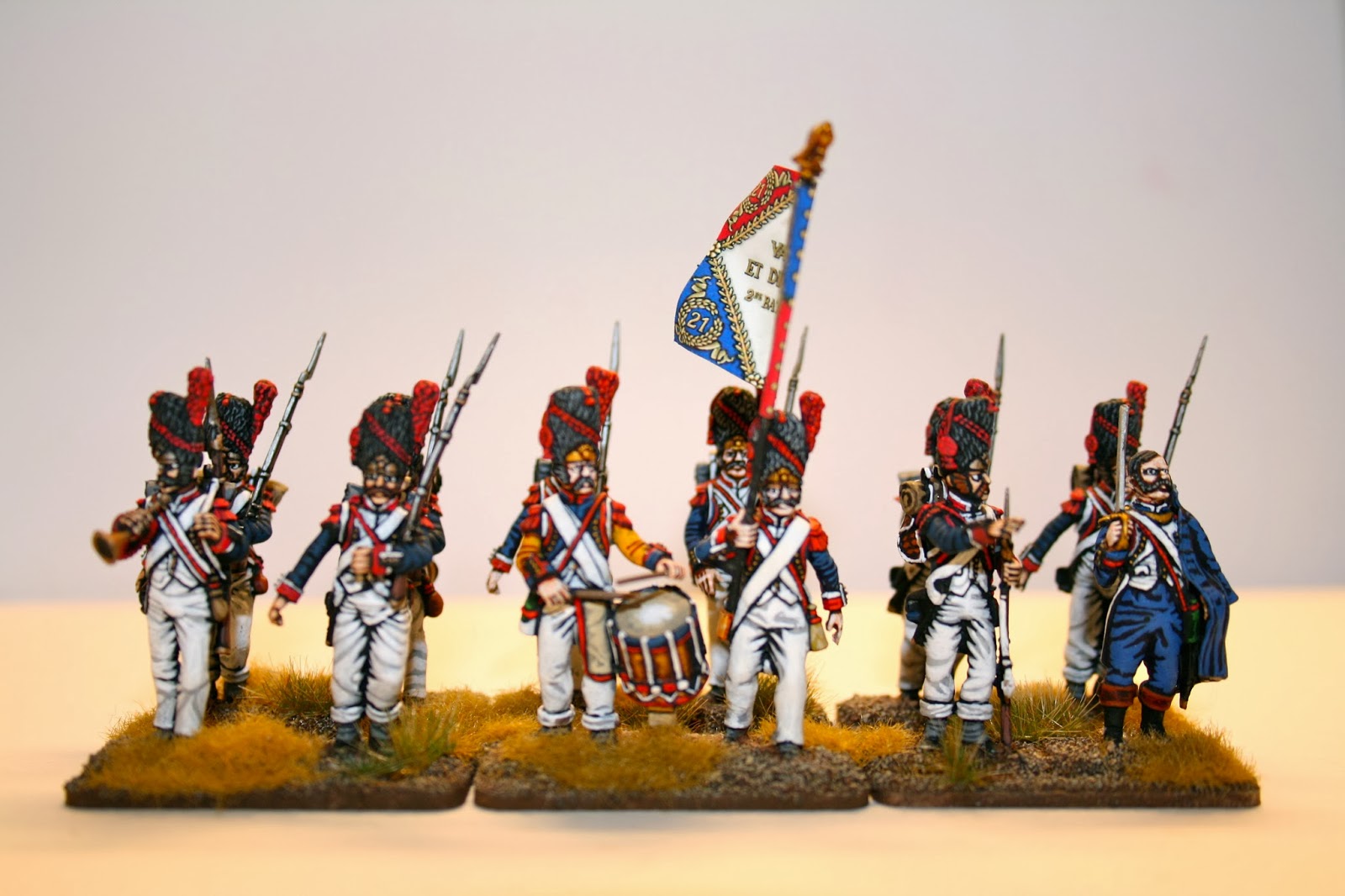 Figures: Where to start. I love the Victrix plastics for their sharp sculpting and multi-parts assembly options. I adore the Perry range, mainly because of the high quality and width of the range. As Napoleonic wargamer you're spoiled really, but the two above is my personal favorites.

Before the Revolution and the Bonapartes, France had one of Europe's oldest monarchies. As mainland Europe's strongest military and political power, Royal France naturally rivaled with the Habsburgs and The Holy Roman Empire for supremacy. A prime example of this would be either the 30 Years War or the Italian Wars, the latter a series of conflicts from 1494 to 1559, that witnessed some extreme men's fashion and even saw the pope field an army. 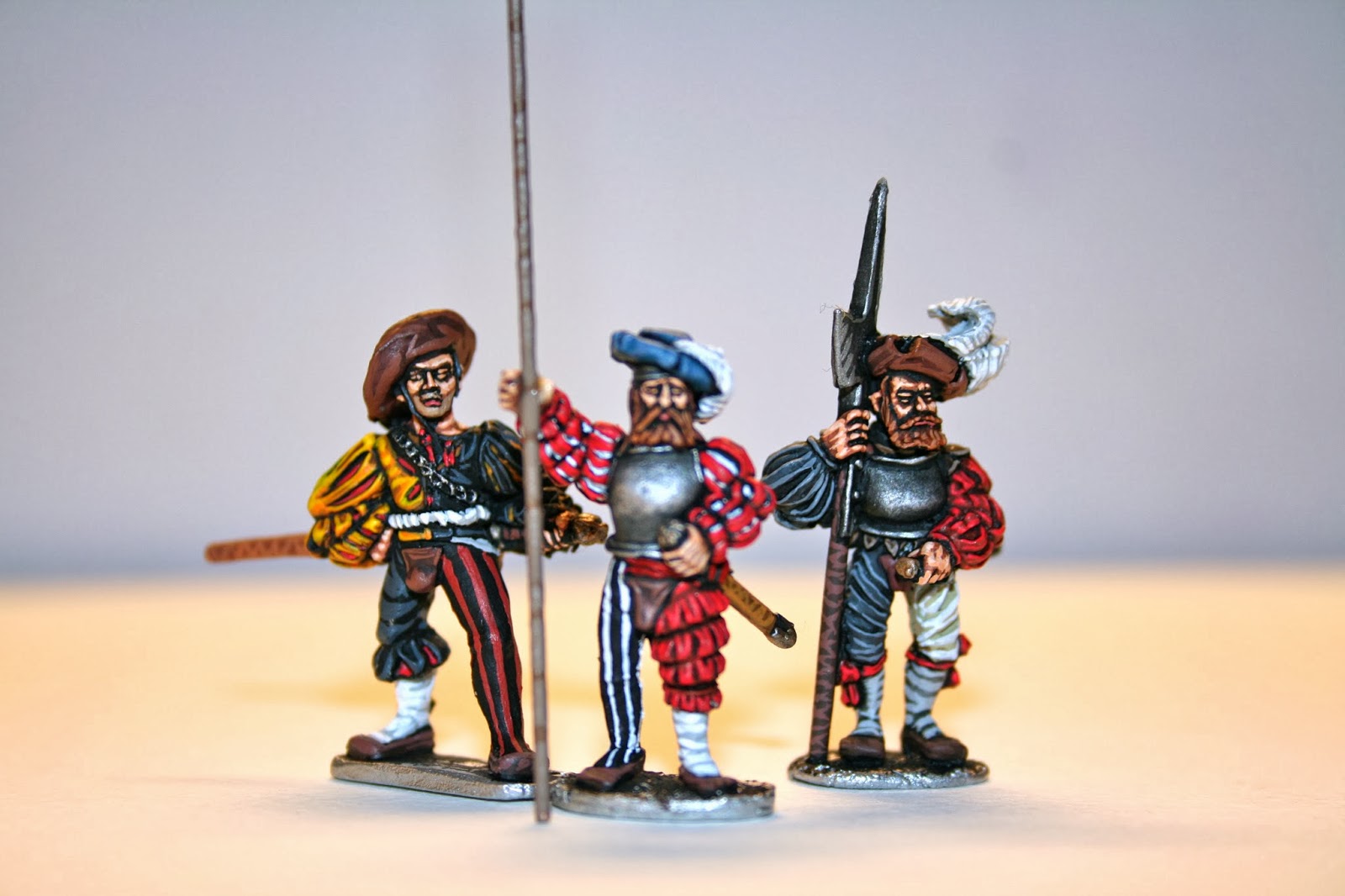 Figures: I'd have to commend Foundry, their range still holds sway. Also the new comer,
Pro Gloria is adding premium products to the period. As a French player looking for Gendarmes, I also have to mention Eureka's beautiful range, sculpted I think by Alan Marsh.

So this brings me to a café au lait sipping and croissant-munching end. No matter whether you fancy lances, muskets or submachine guns, France offers plenty. And we didn't even touch on The Sun King or medieval times with Joan of Arc and the 100 years war. I feel my mouse wielding right hand itching again, I know Perry has got some lovely minis for this period...

Thanks for reading!
Posted by Black Powder at 03:05