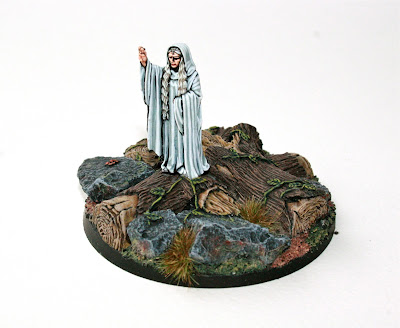 My take on Galadriel - using a 60mm "forest" resin base from Micro Art Studio,
to give her that Lorien Forest feeling.

For more than 4 years a moving box, filled to the brim with the wonderful world of GW’s Lord of The Rings plastic and metal minis, have been sitting in my attic waiting for the day when I would find like-minded project companions to game with. Over the summer fellow club-members Jonas and Michael happily confessed to having the same Tolkien compulsion and indeed a similar dormant collection at home – so after a talk about who would paint what, a project was finally born. 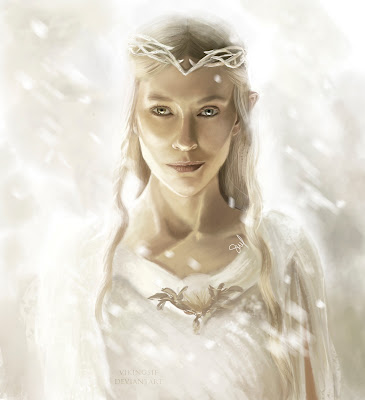 The Lady of Light - Galadriel.

For those of you familiar with Tolkien’s wonderful world of Middle-Earth and it’s many inhabitants, the cover photo will have given away what faction I’m painting – the elves. I decided to cover both Lórien and Mirkwood, incorporating some of the new fantastically crisp miniatures from GW’s The Hobbit collection. 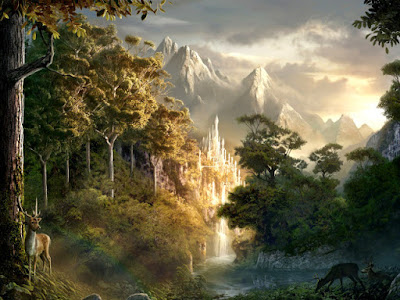 Forest of Lorien, ruled by Galadriel and Celeborn.

The single most fantastic thing about Tolkien’s work is probably his rich cabinet of characters, races and their long line of descend all carefully described in one man’s fables (the info is so extensive it has its own Wiki-universe), inspired as he was by Norse and Celtic mythology. So with all this rich material on the elves, I’ll be posting a bit of their background here as the project goes forward. First off – the Lady of Lórien. The lady of the Galadhrim and the Lady of light – Galadriel.

According to the legends she was born in Valinor during the mystical time before The First Age known as the Years of the Trees. She was the only daughter of mighty Finarfin, prince of Noldor and Eärwen. As she became a young adult, her fascination for Middle-Earth grew, mostly thanks to her uncle Fëanor, who told her about its wonders. She felt drawn to it, desiring to find a place there to rule. 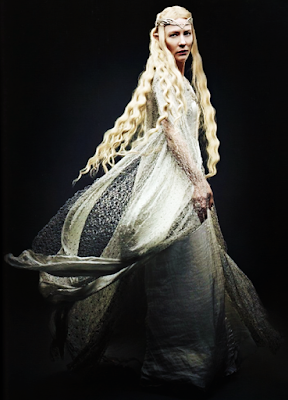 Galadriel as portrayed by Kate Blanchett in Peter Jackson's movies.

As she journeyed across the Great Ocean to Middle-Earth, her three brothers joined her, as she set out to accomplish her dream of creating a realm of her own. Arriving to Middle-Earth, she spends the First Age at the court of Thingol in Menegroth. To her great sorrow, all three of her brothers were killed in the many wars during the First Age. Galadriel herself played an insignificant role in the wars and the final defeat of Morgoth. 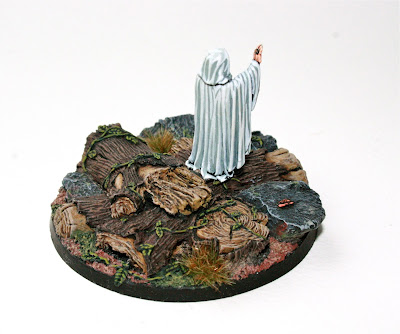 A view of the fantastic base from Micro Art Studio.
The level of details were just astounding!

At the dawn of the Second Age, Galadriel and her spouse Celeborn were given a small fiefdom to rule under the great Gil-Galad, High King of Noldor. There they had a daughter, Celebrían – who later would be mother to the more well-known Arwen, through her marriage to Elrond of Rivendell.

They then moved east, to rule a territory west of the Misty Mountains. They called it Eregion. It prospered under their wise rule, and trade relations were established with the Dwarves in Moria. They then left Eregion, passing the task of ruling the flourishing territory to Celebrimbor, prince of the House of Fëanor. 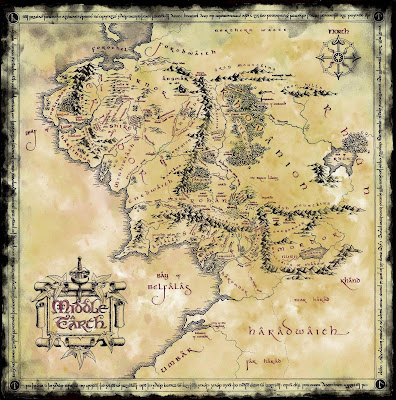 A complete map of Middle-Earth with Lorien placed to the east of the Misty Mountains,
between the larger forests of Fangorn and Mirkwood.

Galadriel and Celeborn once again moved east, this time over the Misty Mountains, through the mines of Khazad-dûm. On the other side of the mountains, in the wast forest, they took rule over the lands of Lothlórien. It is now the Rings of Power come into play, as they were created under the guidance of the Maia (Great Spirit) Annatar. Galadriel suspected Annatar to have a hidden agenda, and her instincts proved her right, as Annatar turned out to be none other than Sauron. His plan being to rule Middle-Earth through the magic and power of the rings. The rings were hidden, three of them among the Elves. 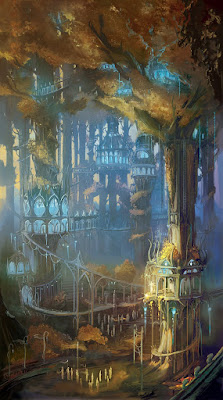 Galadriel is wearing the powerful ring Nenya, also known as The White Ring or the Ring of Water. Nenya is one of the Rings of Power, of which three were entrusted to the Elves of Middle-Earth. In the tales, Nenya is said to have been crafted of Mithril Silver and a white stone of Adamant. 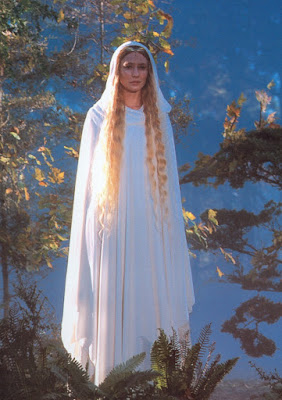 A scene from the Peter Jackson movies,
that probably inspired the GW miniature.

At the end of The Second Age, Sauron was finally defeated during the War of the Last Alliance, Isildur managing to cut of his finger and separate the dark lord from the One Ring. In an attempt to stem future tides of Evil, Galadriel then formed the White Council, incorporating some of the most powerful wizards and characters of good in Middle-Earth. At this point in the legends, the three movies of the Hobbit then begin as we see the dawn of the Third Age. I warmly recommend the movies to anyone who haven't seen them yet!

More Elves to come – Thank you very much for reading!
Posted by Black Powder at 03:04

Email ThisBlogThis!Share to TwitterShare to FacebookShare to Pinterest
Labels: Lord of the Rings