The Battle of Jutland or “Skagerrakschlacht” – 1916 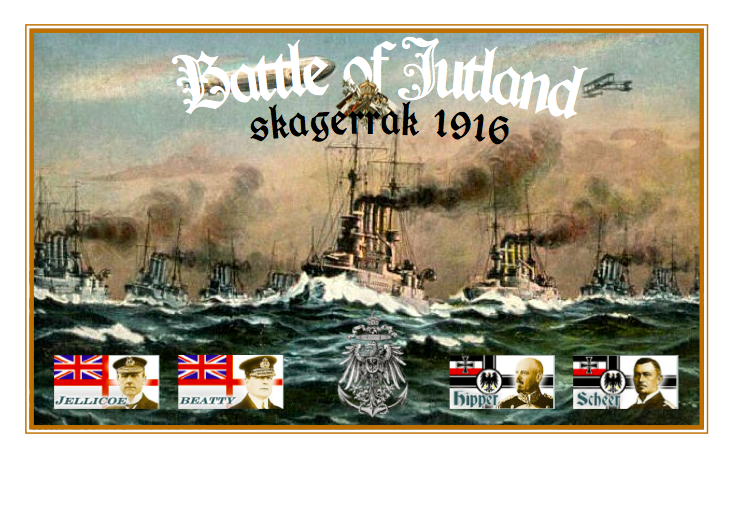 The time has come to indulge my fascination for big Dreadnoughts and Imperial Navies in the form of the single largest battleship confrontation ever - the Battle of Jutland, or as the Germans call it: Skagerrakschlacht. 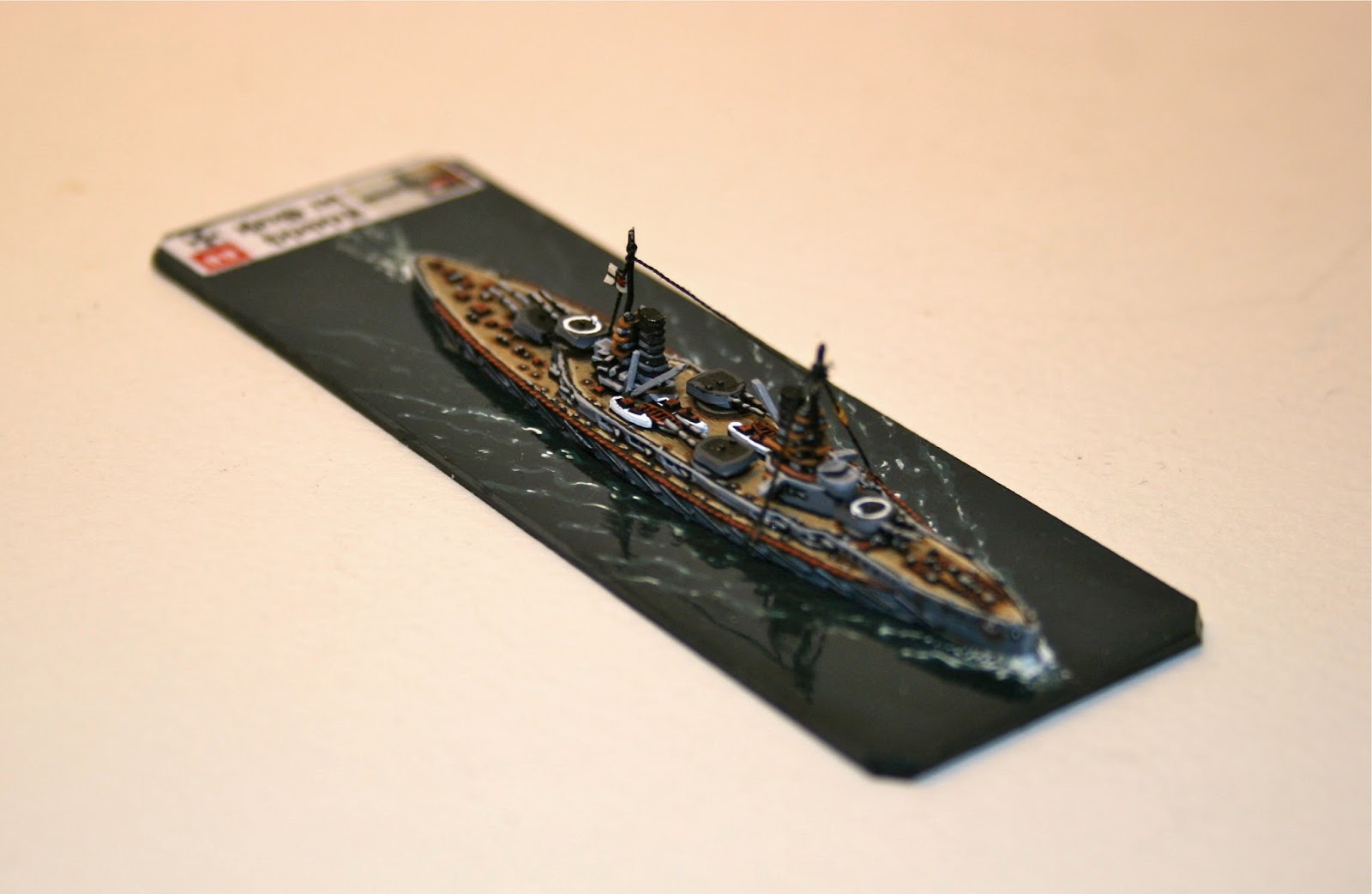 Fought on the 31 May – 1 June in 1916 between the numerically superior British Grand Fleet under Admiral Jellicoe and the technologically advanced Imperial German Hochseeflotte under Admiral Scheer, the Battle of Jutland was the climax of the British and German naval arms race. 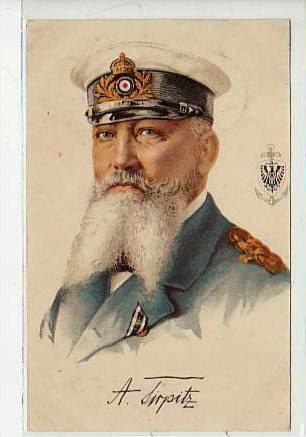 Tirpitz - the Father of the Hochseeflotte.

This race for naval supremacy was initiated some 10 years earlier and driven by the British doctrine of having a fleet greater than the two biggest competing powers at any given time, and the German aspirations for further respect in the league of Empires, by adding a first class navy to bolster the nations military strength, owning also what was perhaps the finest land-army of the period. 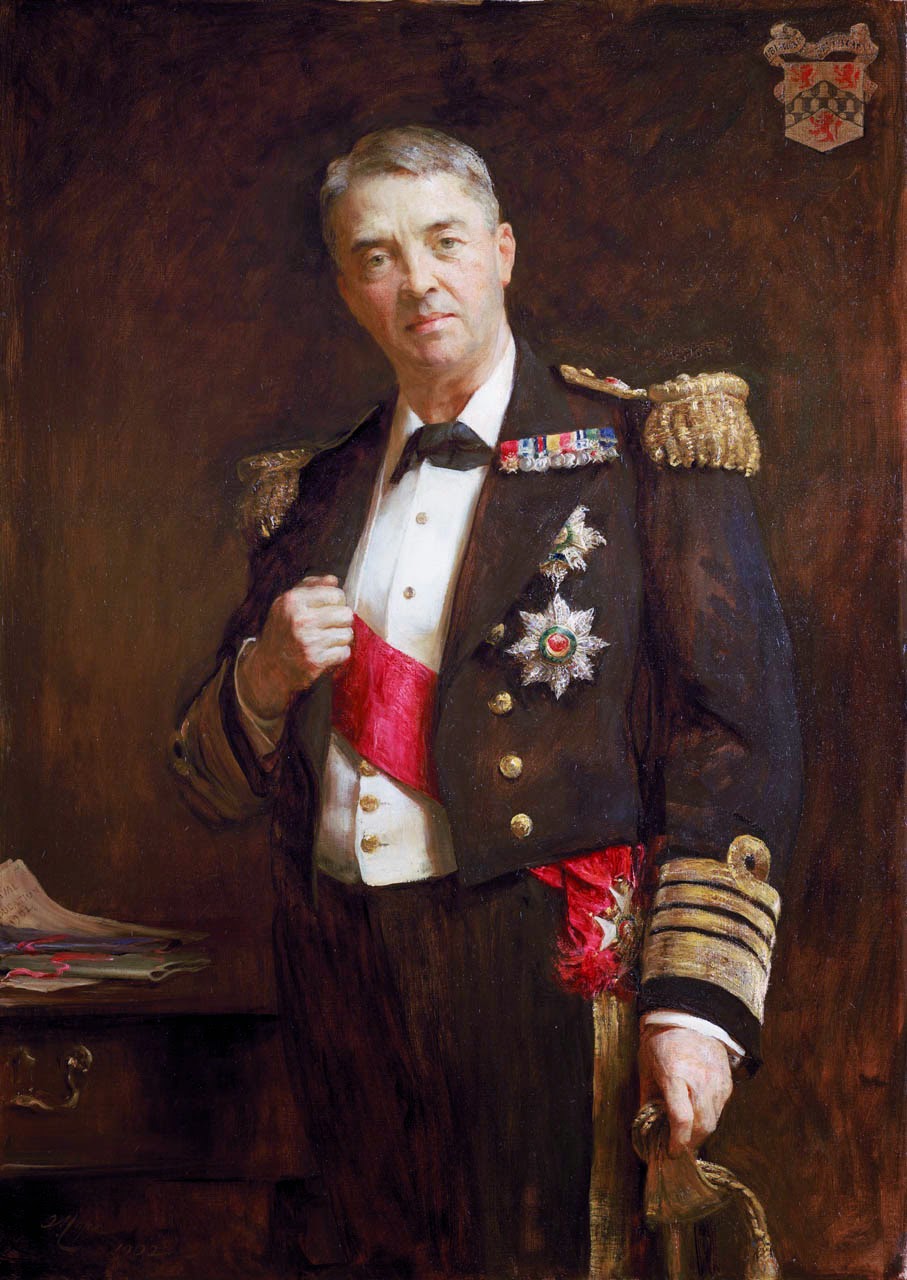 The creators of these iconic navies were for the British Sir. John Fisher (the man behind the Dreadnought), and for the German Empire, the renowned Admiral Tirpitz. 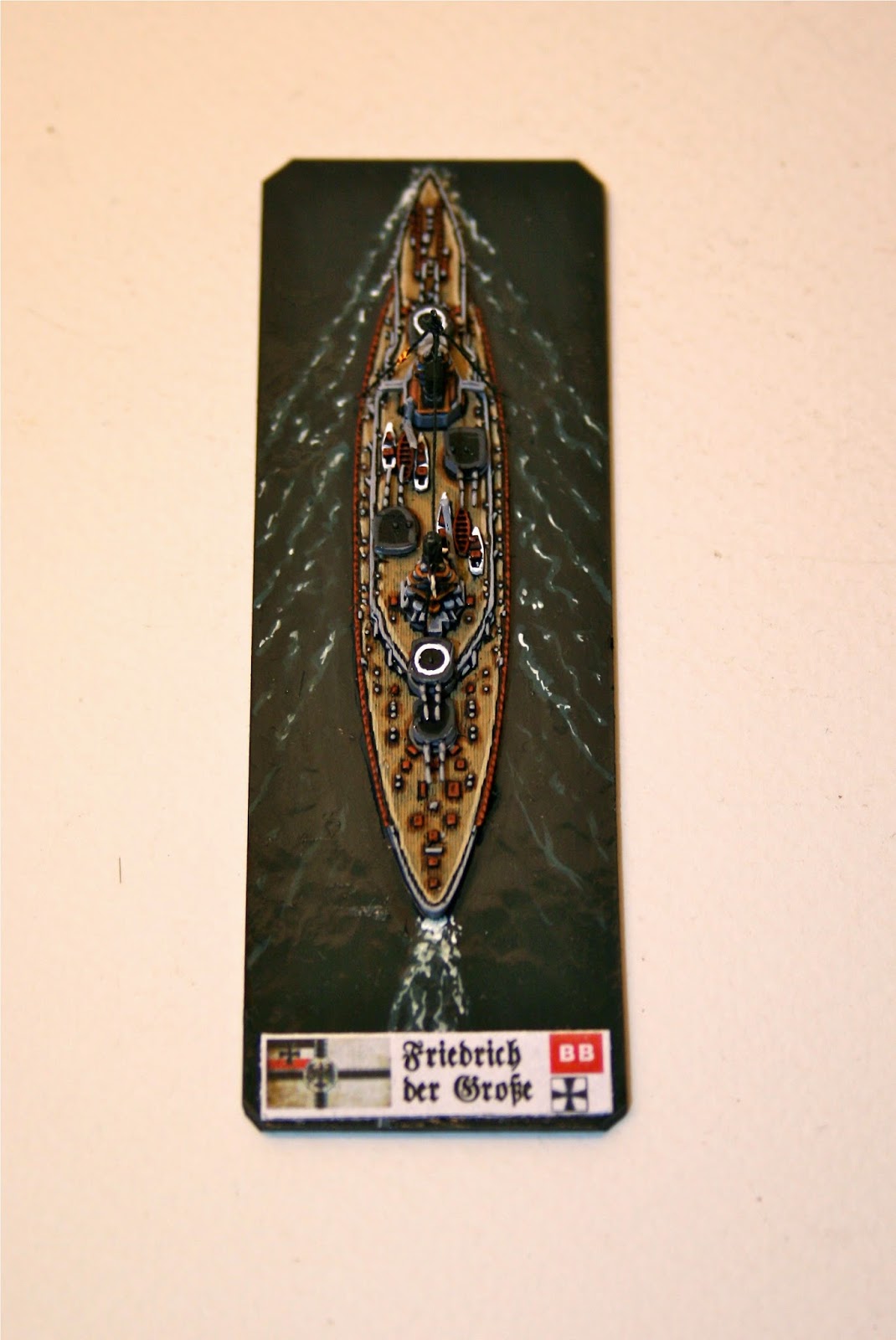 Added a little name tag with the original
Kriegsmarine flag and indication of ship class (BB for Battleship).

When ascending to the role of First Sea Lord, John “Jacky” Fisher described the British navy as a series of ships “that could neither fight nor run away”. When he retired in 1910, Britain had spawned the Dreadnought and possessed the World’s largest navy. 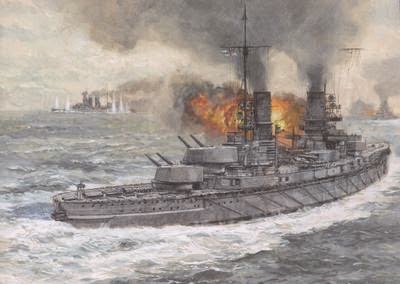 A German Battleships gives a broadside.
The Battle of Jutland 1916.

Meanwhile in Germany, Tirpitz and the navy enthusiastic Kaiser drove the ambitious Flottenpolitik forward, clearing ever larger budgets for new, bigger, faster and better ship-classes for the Kriegsmarine. 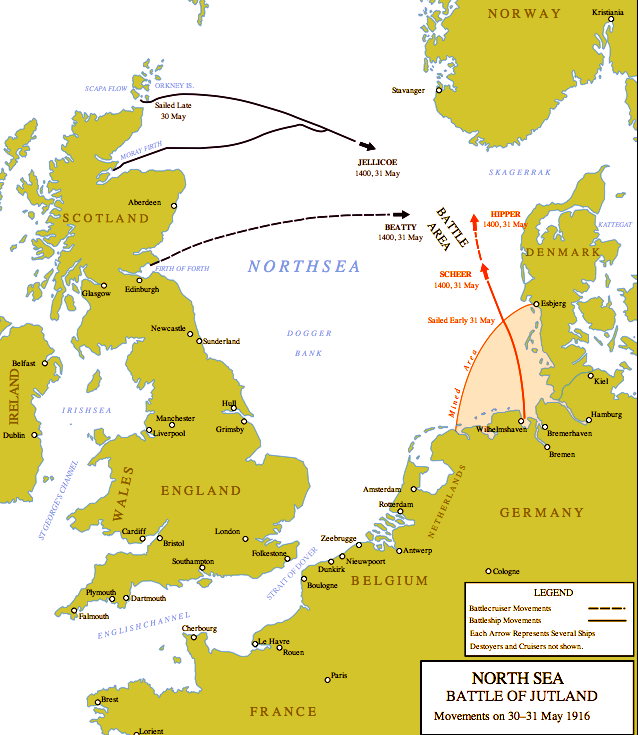 The Battle of Jutland map overview.

Born and raised in Jutland with family ties to the fishing industry on the west coast, the battle of Jutland has always held a special allure over me. The same could be said for GHQ, a miniatures producer which wonderful WW1 naval models spellbound me since I first set eyes on their crisp and detailed sculpting. 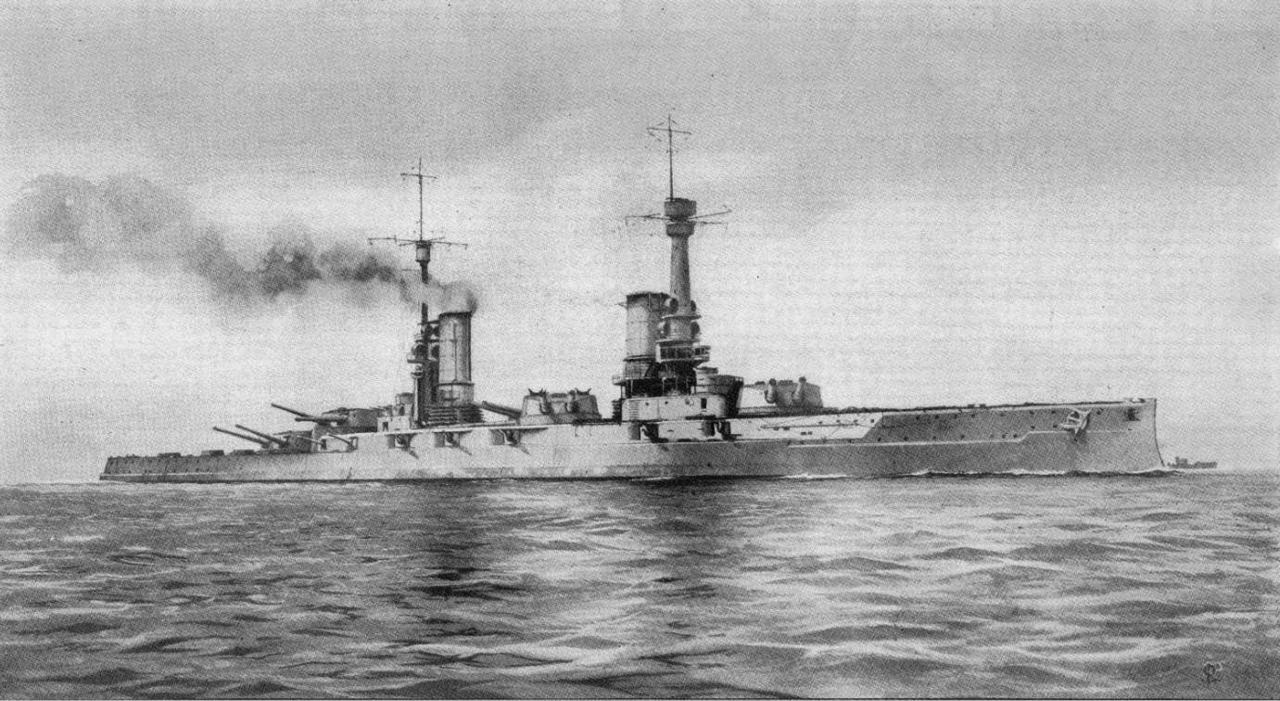 So, armed with my first purchase from GHQ, I opted to start off the collection with the German Flagship, the Kaiser-Class Battleship, Friedrich der Große. 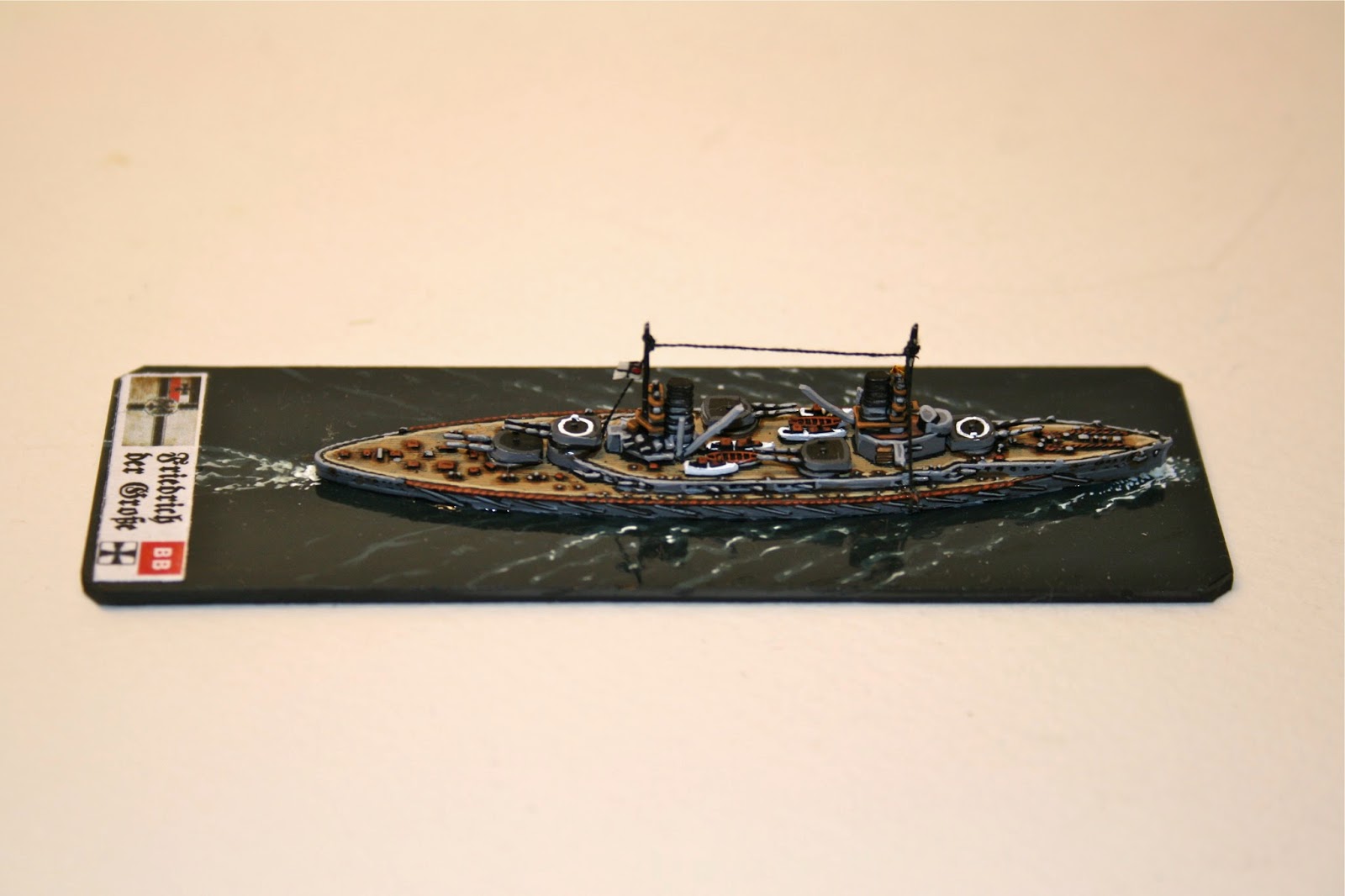 A shot from the side.
Note the little German Kriegsmarine flag from the rear mast.
Made from bending a small piece of tape around the rigging.

Career:
Friedrich der Große was the Flagship of the Commaner-in-Chief of the Hochseeflotte from 1914-16. At the Battle of Jutland she was part of 3rd Battle Squadron arriving to the battle with the main fleet under Admiral Scheer. She avoided any hits, but scored several on the British Warspite, forcing a withdrawal of the huge Queen Elizabeth-Class ship. 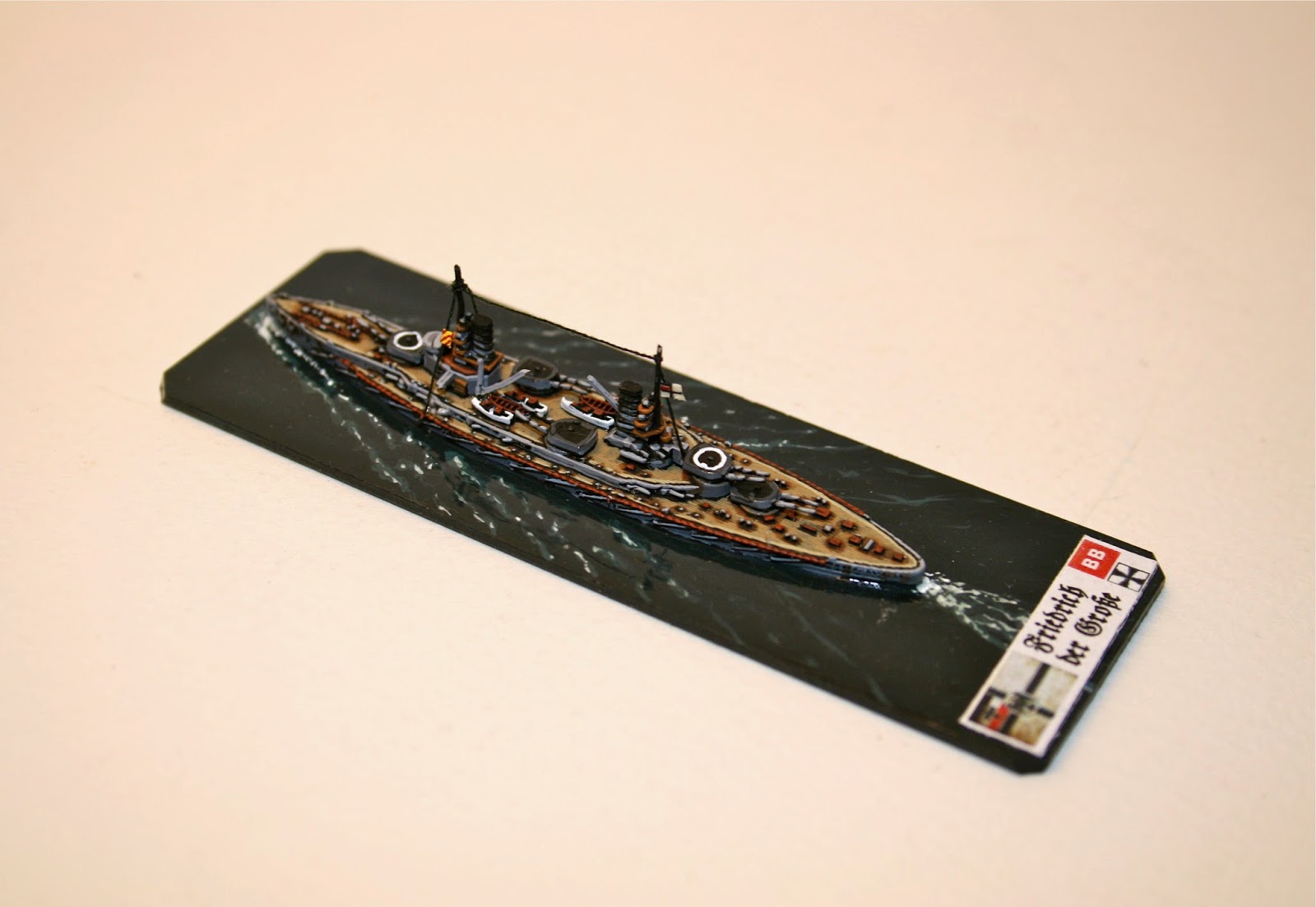 Signal flags added to the side rigging, again made from tape.
Its worth noting the German markings on the turrets, for clear air identification.

Friedrich der Große was retired as Flagship when the Baden came into service in late 1916. She was later surrendered in 1918, and scuttled by her crew at Scapa Flow.