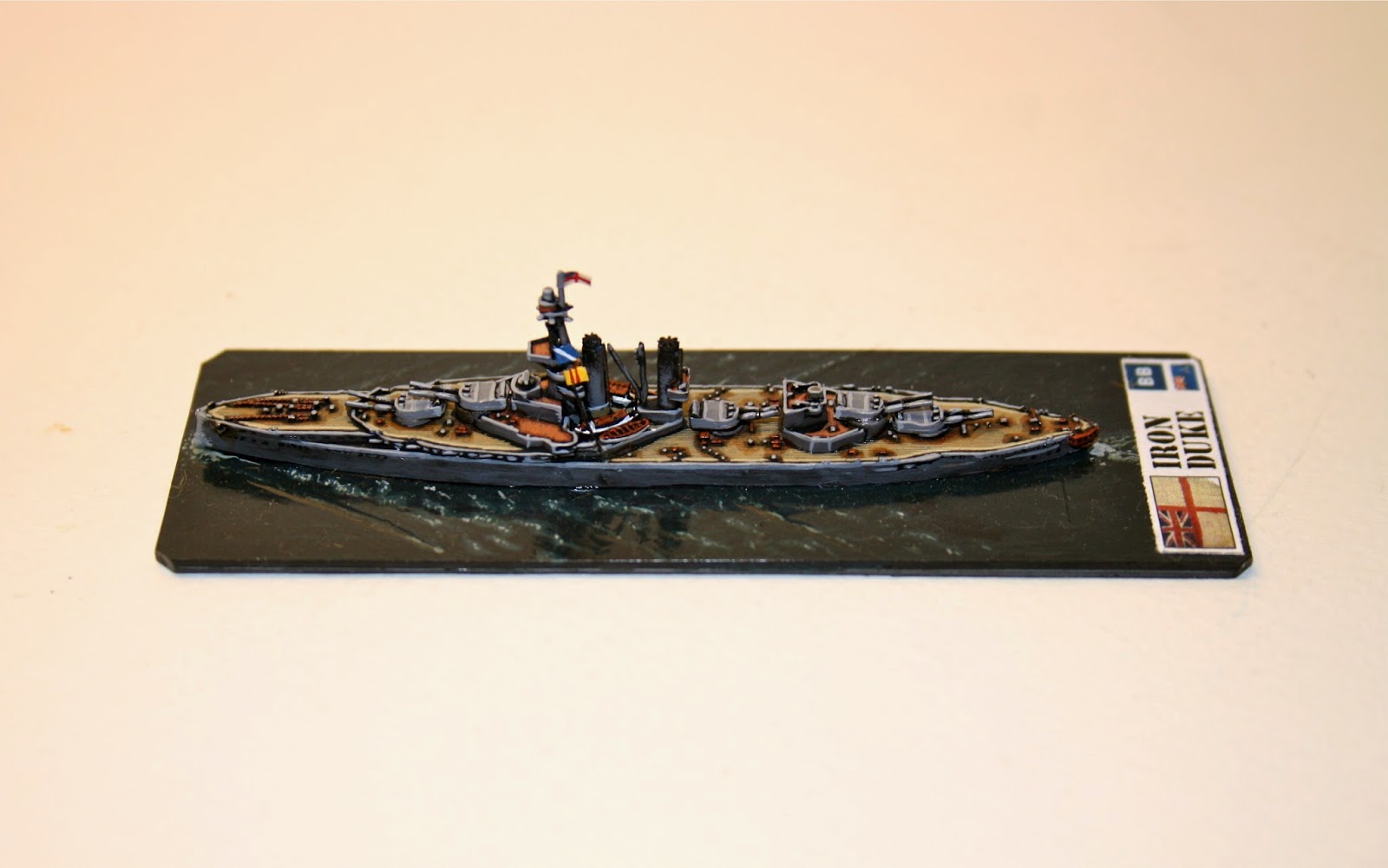 Time to once again rewind the clock to the afternoon of May 31st, 1916 by taking a closer look at HMS Iron Duke, the powerful flagship of Admiral Sir John Jellicoe, commander of the British Grand Fleet at the Battle of Jutland. 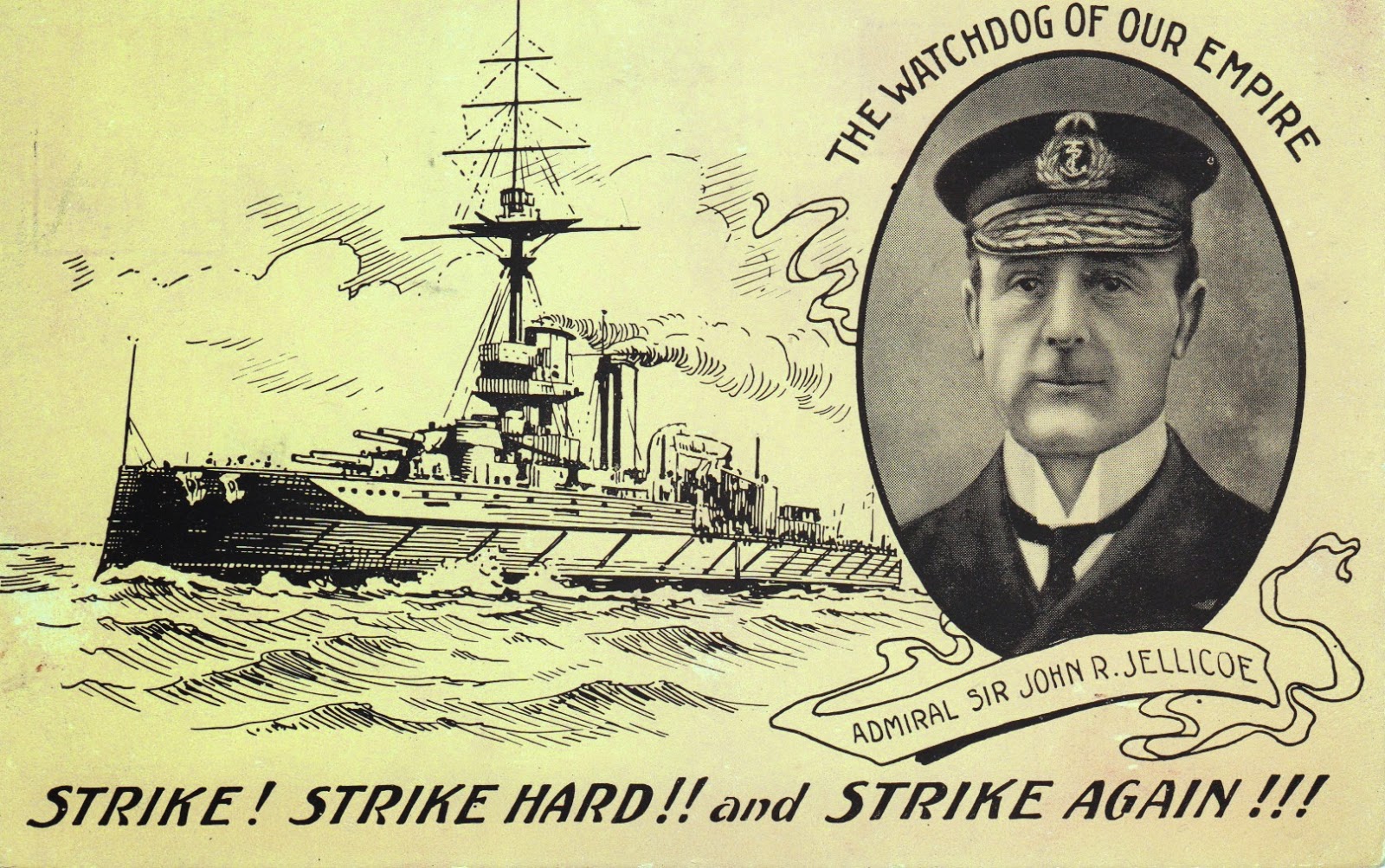 "The watchdog of our Empire" - Admiral Jellicoe.
Given the immense task of defending Britain’s naval supremacy against the formidable Imperial German navy, Admiral Jellicoe was under no small amount of pressure. He was, like Winston Churchill put it, “The only man on either side who could loose the war in an afternoon”. 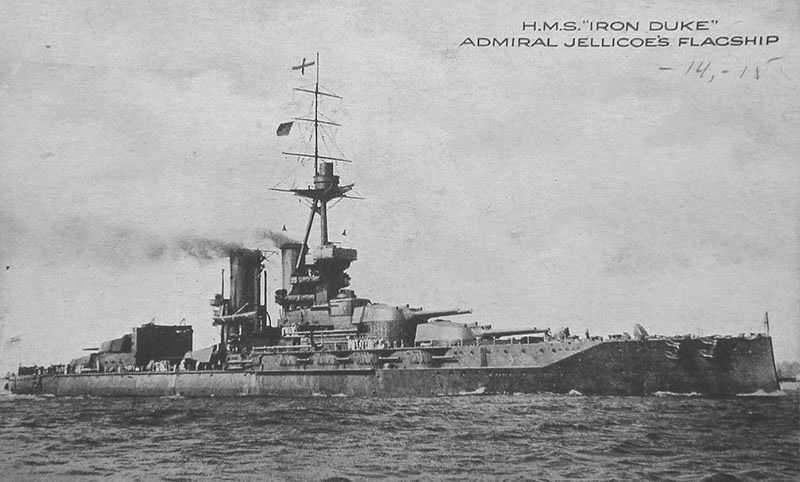 If the Royal Navy and the Grand Fleet were to suffer a big defeat, the Imperial German Navy and the vast German Army was enough to pose a real threat to Britain itself. Thus the odds were sky high for Jellicoe at Jutland, as his task in effect, was to lure the Hochseeflotte, using Beatty’s battle cruisers as bate, into an ambush consisting of the massed firepower of the numerical superior British Grand Fleet, under circumstances where he could premeditate and control the risks. 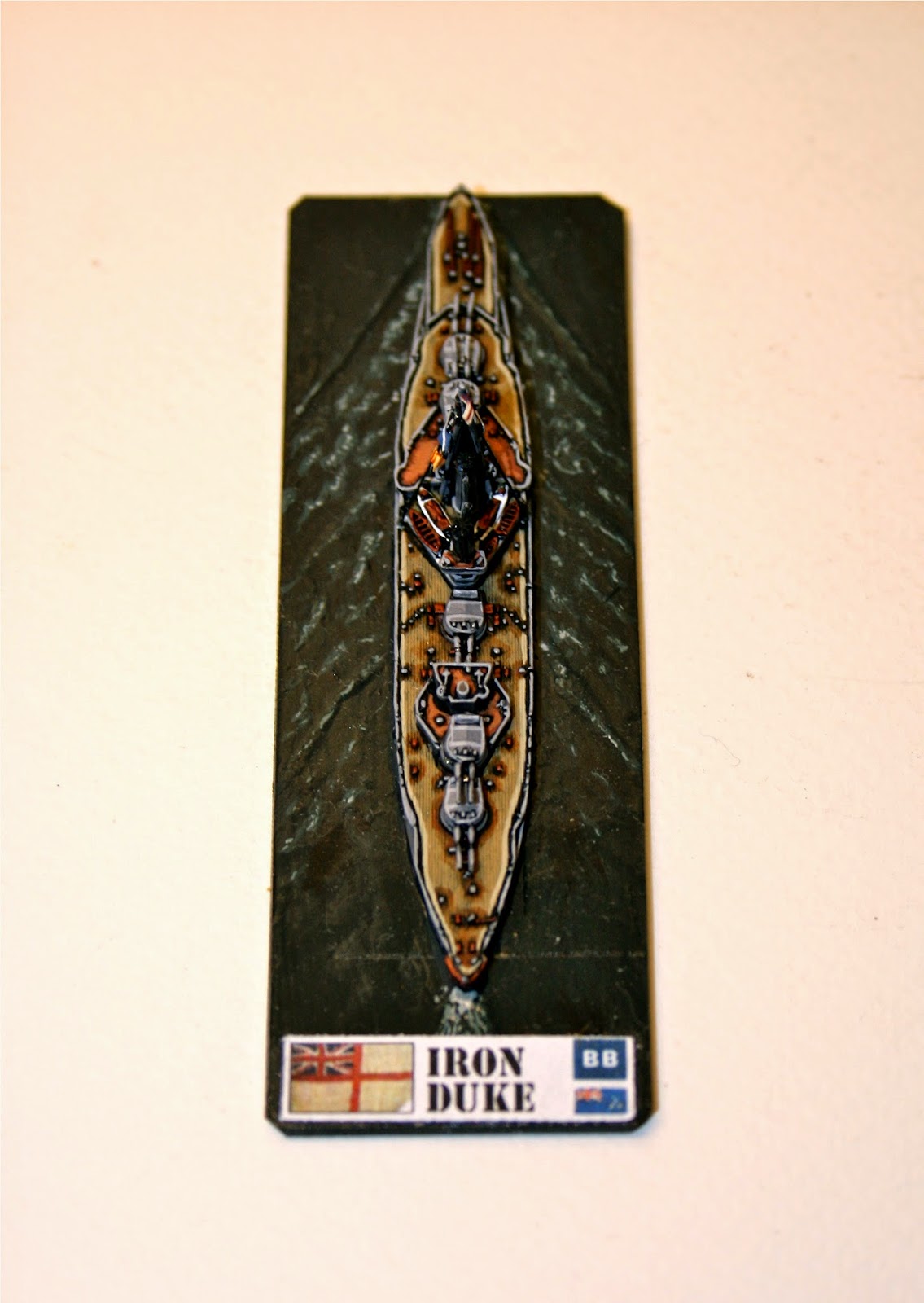 The HMS Iron Duke arrived to the Battle of Jutland at the head of the British main fleet, steaming out from Scapa Flow to spring the trap, so costly prepared by Beatty, on the Hochseeflotte. As Jellicoe steamed southwards he had only fragments of intelligence from Beatty, but enough to know that what was coming up from the South, close on Beatty’s tail, was the entire German fleet. 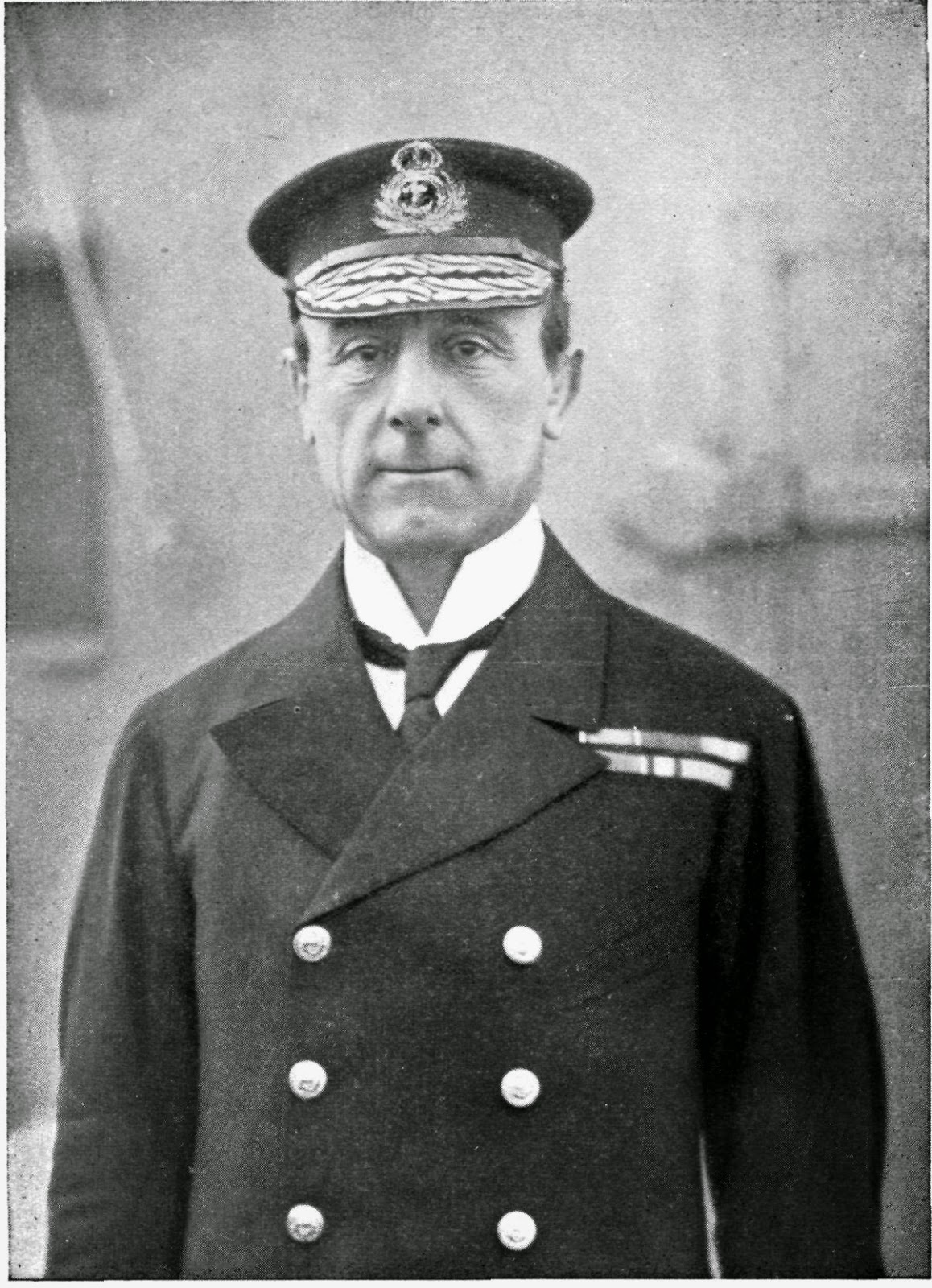 In the heat of the pursuit and heavy fighting, Beatty had lost contact with the enemy for a moment, and thus could not accurately pin point the location of the approaching enemy fleet to Jellicoe, which left the admiral guessing whether to deploy his column of hard hitting battleships to port or to starboard. 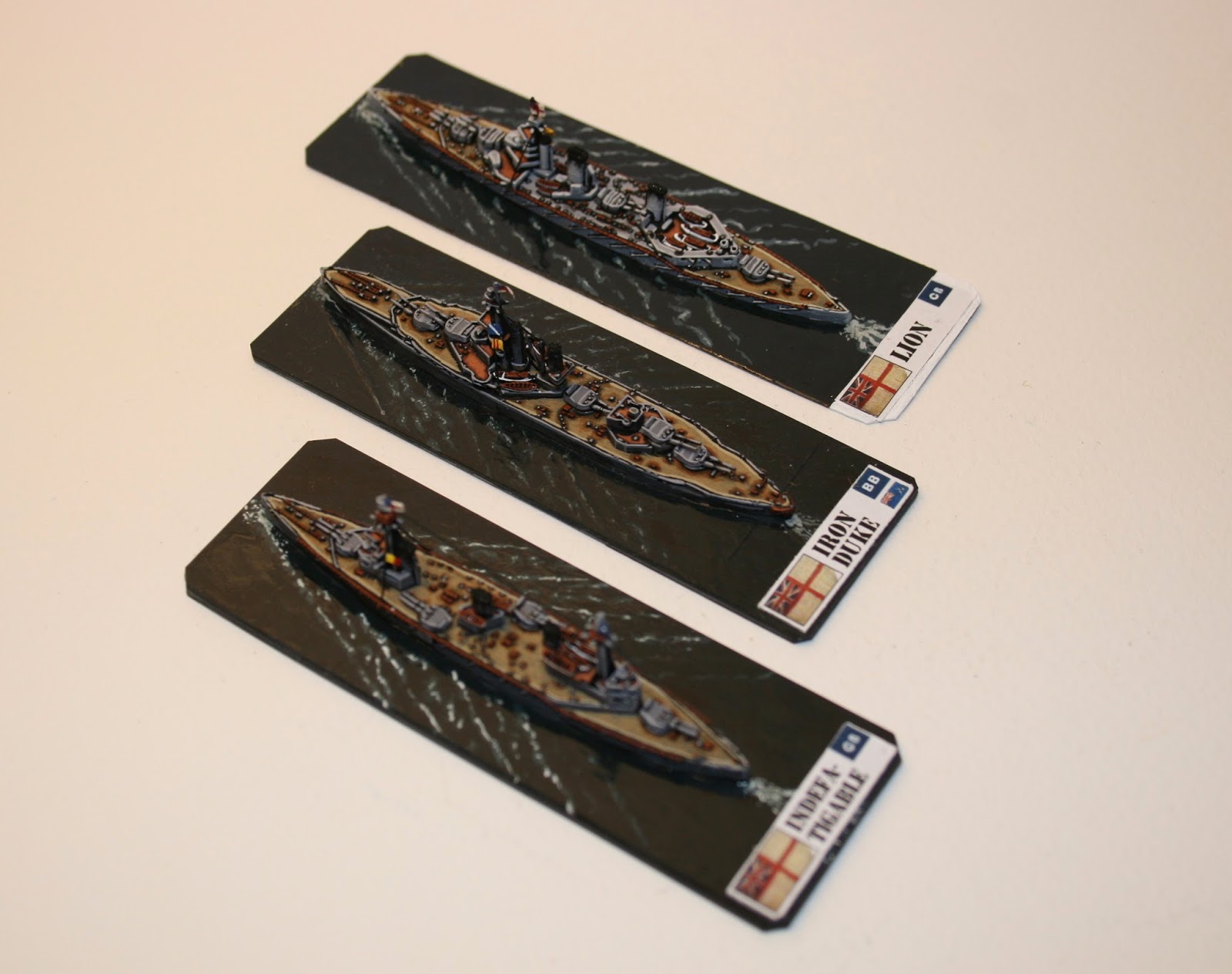 In this instance, Jellicoe had to rely on his many years of expertise and seaman’s gut feeling. He was about to make, what was later described as “ The Royal Navy’s most important tactical decision of the entire 20th Century”. 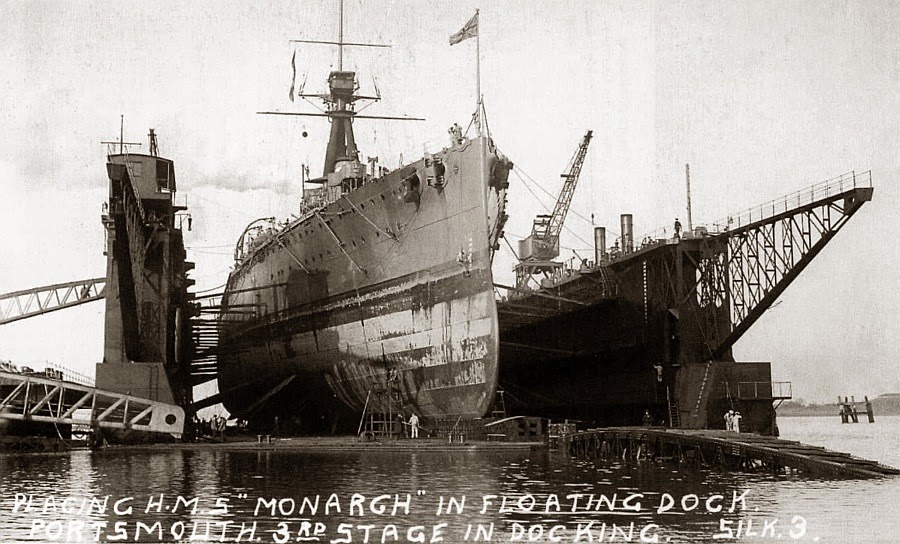 If he swung the wrong way, he would expose the Grand Fleet to the entire fire power of the Hochseeflotte’s Krupp guns, while an opposite turn would put him in the most formidable position, offering the line of British battleships a chance to shoot “broadsides” and the approaching German fleet, only able to fire their forward guns – what is referred to as “Crossing the T”.  Problem was, he didn’t know the position of the enemy, and thus had to make a qualified and very fateful guess. 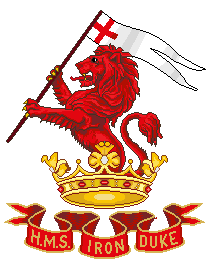 Resemblance to the actual CoA of Wellington.
Jellicoe had character. He had a gentle firmness about him, which still translates to the reader, when going over the historical accounts of the Battle of Jutland. After a few silent moment of contemplation on his command bridge on-board HMS Iron Duke, Jellicoe gave the order deploy the battle line to port side (Left), which would prove to be a most important and decisive, as this indeed put him in a position crossing the enemy’s “T”. Scheer’s fleet was given such an initial pounding, that the Hochseeflotte had to preform as series of complicated extraction manoeuvres, turning about and heading full throttle back the safety of the Jade.

Jellicoe in effect turned the Battle of Jutland, which started out very gloomy for the British with the loss of three mayor ships and about 6.000 lives, into at least a strategic victory that would further confirm British naval supremacy and, likewise important, convincing the Kaiser to be even more cautious in ordering out the Hochseeflotte to sea. 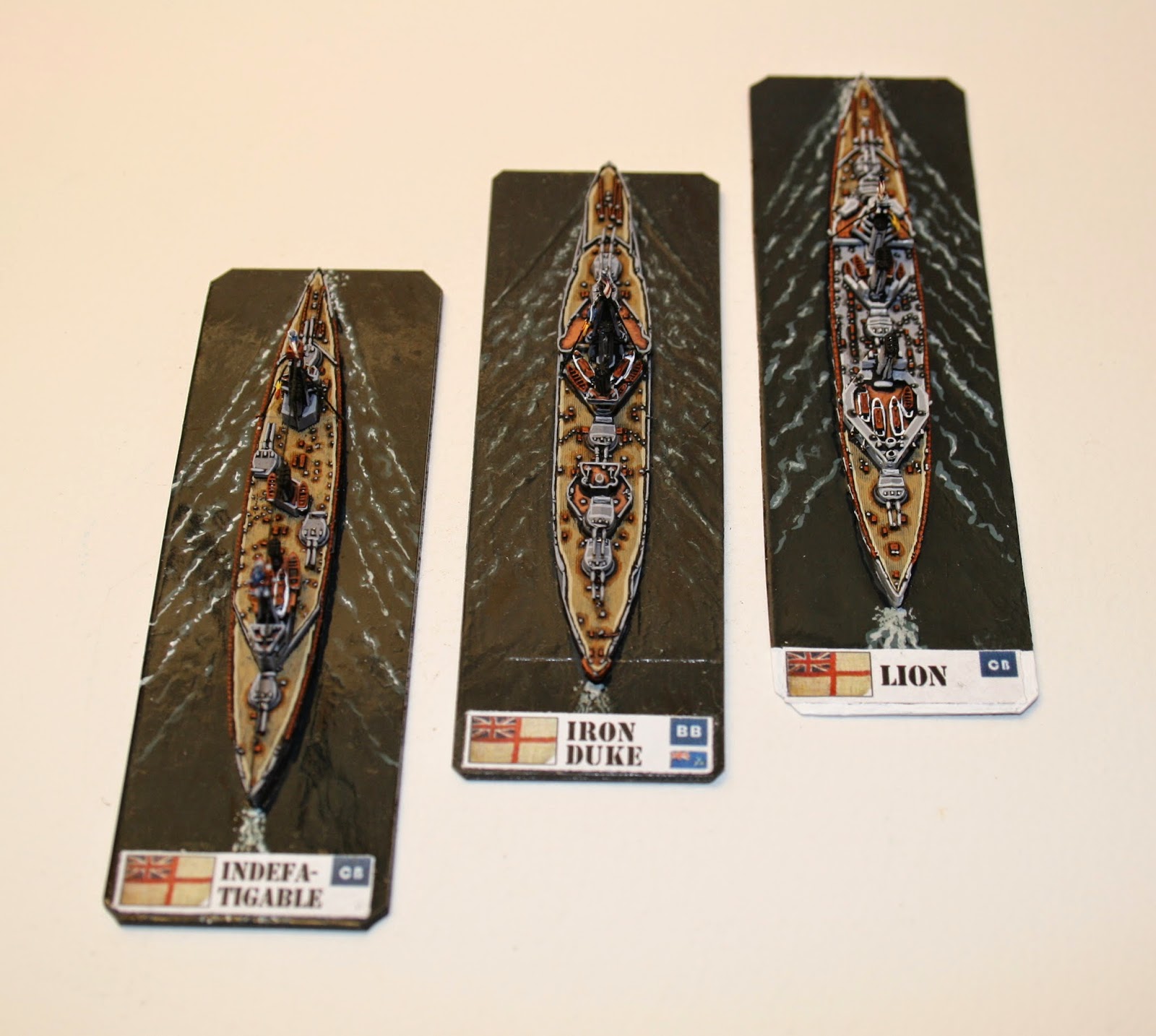 HMS Iron Duke was names after the famous British general Arthur Wellesley, 1st Duke of Wellington, also know as ”The Iron Duke”, a name he got after entering the stormy world of politics, which resulted in Wellington fitting the windows of his London residence with iron shutters, to prevent the angry mob from smashing them.

HMS Iron Duke was the first battleship to be armed with anti-aircraft guns. A very modern ship with huge firepower, the Iron Duke also gave name to its own class of ships, to which the Benbow, Emperor of India and the Marlborough also adhere.
The Iron Duke rectified many of the errors made in earlier Dreadnought classes, for instance the beam was extended to afford more stability to the 6in guns and protection against underwater damage. However, she was more lightly armoured compared to the contemporary German class, the König. This was a compromise to enable the huge weight of her superior gunnery.

Career:
She was the flagship of the Home Fleet in at the outbreak of the war in 1914, and later also became the flagship of Admiral Jellicoe’s Grand Fleet, until she was relieved from the position by Queen Elizabeth in late 1916. She served at Jutland, scoring many hits with her tremendous firepower, but did not herself receive any. After the First World Ward she served in the Mediterranean, the Black Sea and later as part of the Atlantic Fleet. In 1939 she was retired from active service and became a gunnery target at Scapa Flow. After World War Two she was sold off for scrap to the British Iron and Steel Corp. in 1946.

Thank you very much for reading!
Posted by Black Powder at 01:05