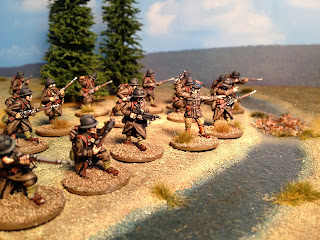 For those in doubt - I'm pretty francophile when it comes to history. After the launch of Bolt Action, a rule set I really enjoy, I decided to include a French contingent in my collection.

The Fall of France in 1940 is often hailed as the perfection of the Blitzkrieg strategy. As the panzers rolled up the French defenses with astounding speed, the brave French troops fought it out with great elán, often only to be undermined by political intrigues in the top military command - one could get a déja vu feeling to the 1870 campaign. All efforts ending at the Dunkerque evacuation of over 300.000 troops and the surrender of France.

As Bolt Action is a skirmish game, I quite like this early war period, before the tanks got too big, allowing focus on the infantry squad and how this is used on the table.

Warlord supplies a very nice range of miniatures, with great sculpting, and thus grateful figs to paint.
Based individual figs on 25 mm rounds, and support on 60 mm rounds. 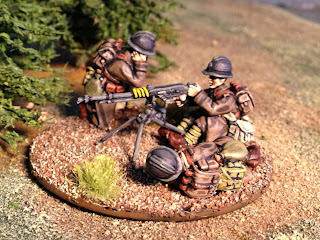 Support 1: MMG Team pointing their faithful Hotchkiss at the invaders 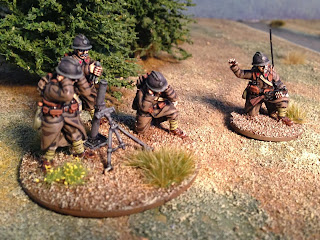 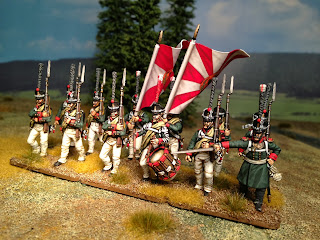 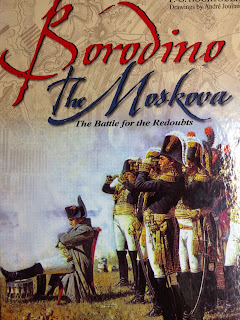 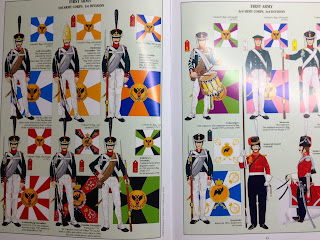 The book offers excellent uniform plates and in depth description of the armies
and the battle it self. Picked up my copy at Salute 2 years ago, think it was Caliver who sold it.
Posted by Black Powder at 10:24 9 comments: