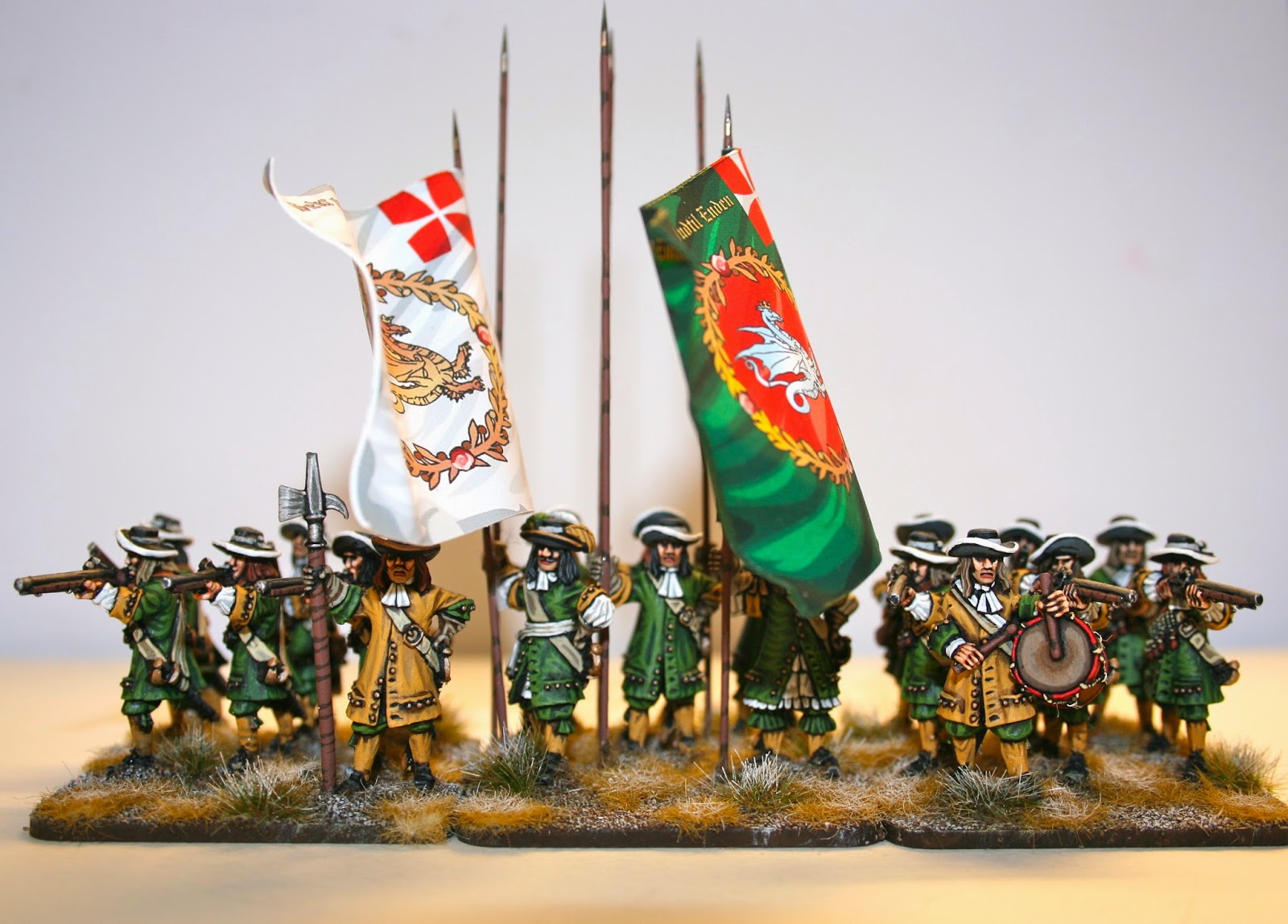 1st Fynske as they would have looked at Lund 1676.

Being Easter and all that, what better way to celebrate a day off spend at the painting table, than to publish these green and yellow lads from the home of H.C. Andersen, the island of Fyn (Funen) - the most geographically central of the Danish isles. 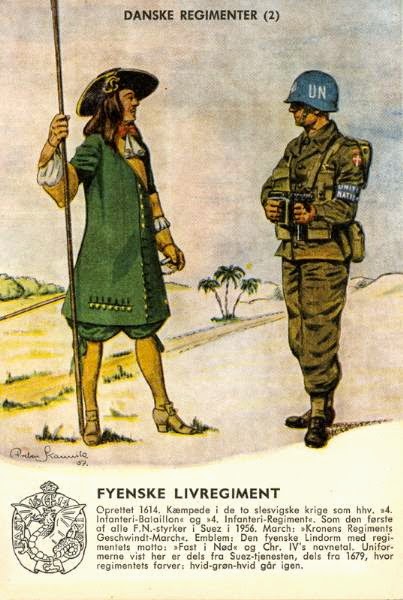 Then and now - uniform plate
(no, we don't have palms in Denmark)

This Danish national regiment took part in the bitter infantry fighting at the center of the battlefield at Lund, 1676. Led by Johan Caspar von Cicignon, they were battle hardened regulars with previous experience from the battle of Halmstad, some 4 months earlier. 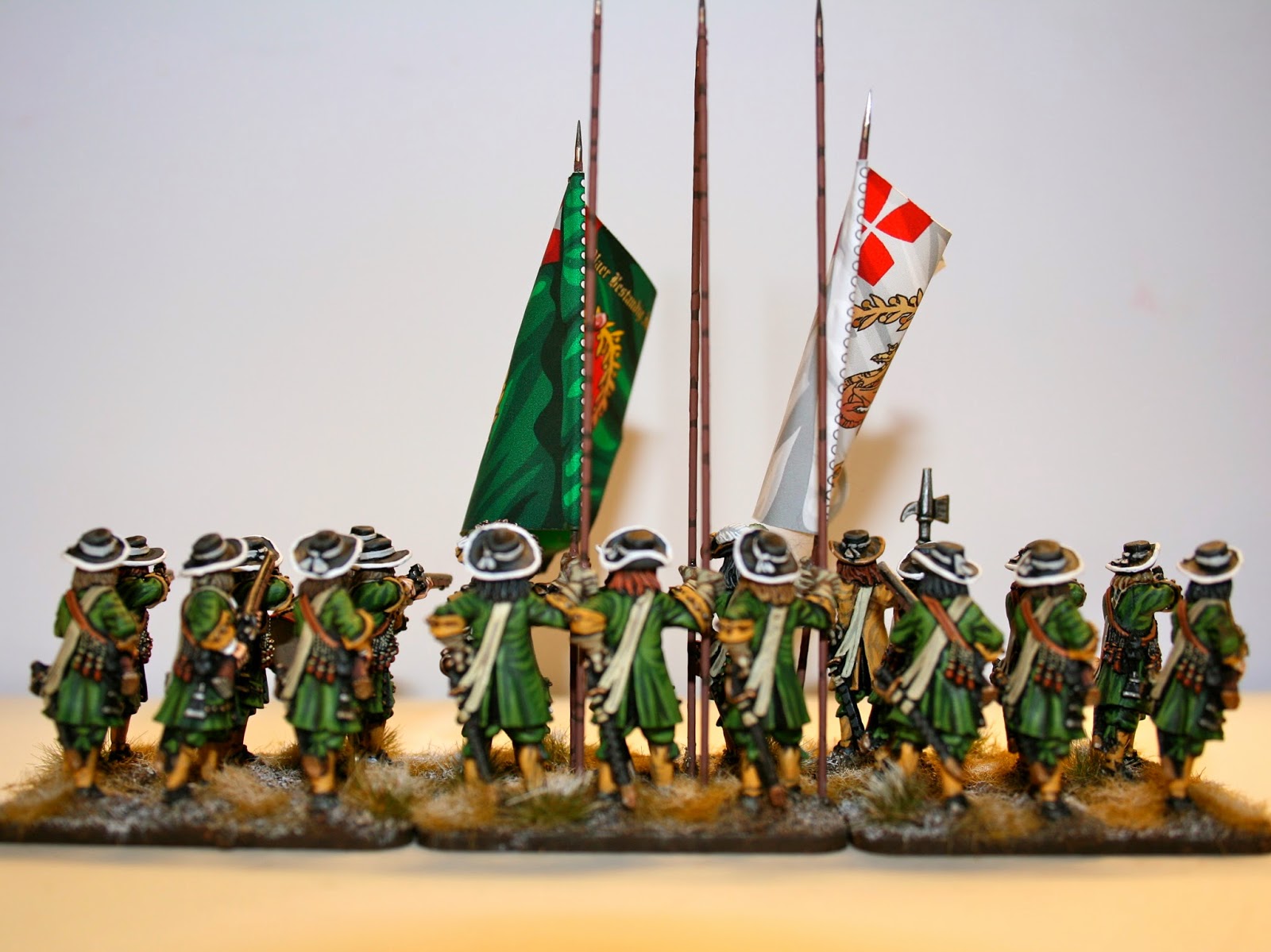 View from behind - the apostles showing on the musketeers.

Some might wonder why I've suddenly changed from Warfare to NorthStar figures on this unit.
The explanation is to be found in the "12 Apostles" - the collar of pre-packed cartridge bandoliers very common in the early and mid-17th century. 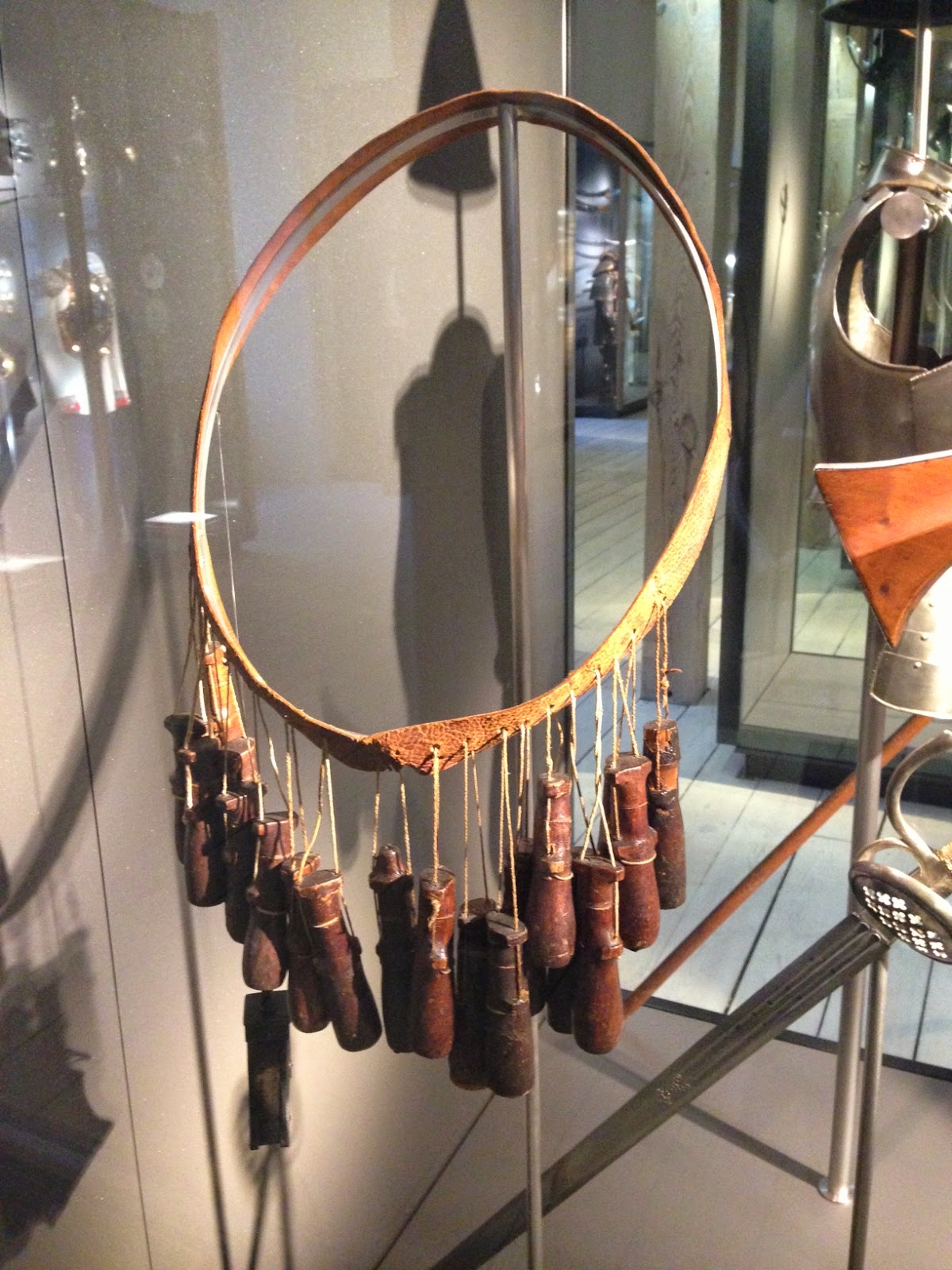 A set of "Apostles" as seen at the Royal Danish Armory in Copenhagen.

At about the time of Lund, both the Swedish and Danish armies had started to replace this now outdated system. Whereas the Swedes to a large extend had this transition covered, many Danish units still bore the Apostles at Lund. I found the NorthStar range to offer excellent sculpting including this particular feature on the musketeers, along with pikemen without any waist belts. 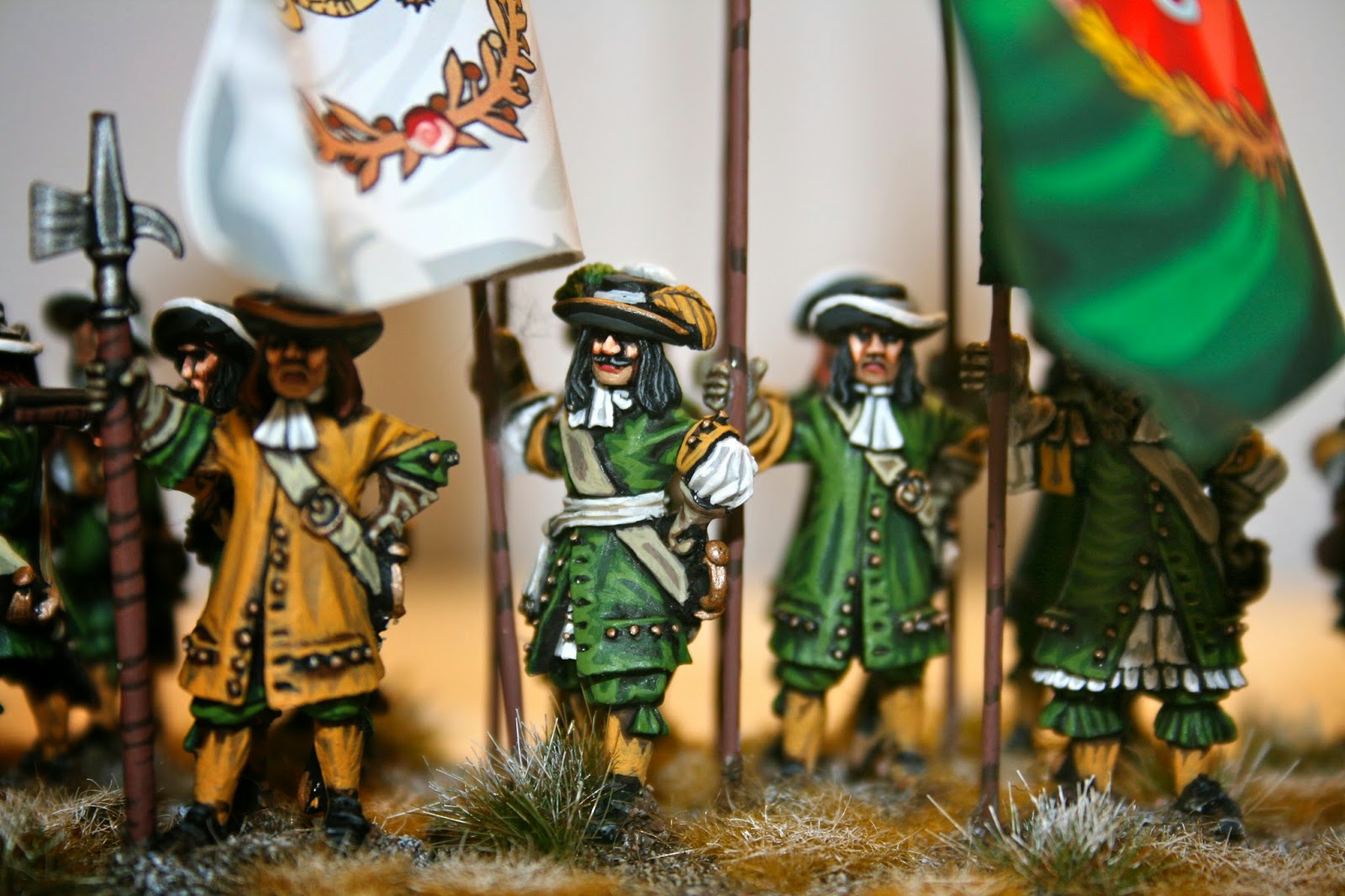 Close Up - a manly man with laces and rosy lips.

Flags are from Warefare Miniatures. The heraldic dragon was a key feature for Funen. It's actually a Wyvern (Lindorm in Danish) and used in Danish heraldics as a symbol of the Danish victories in the Baltic Crusades. Later it became a direct symbol for Funen, with the Wyvern as symbolic protector of the Funen isles. 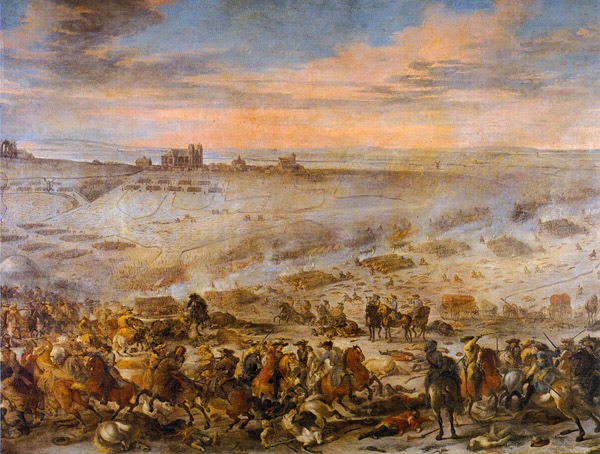 Battle of Lund - view from the north.
The infantry struggle in the center can be seen in the background.

Wish you all a happy Easter.
Thanks again for stopping by for a read!